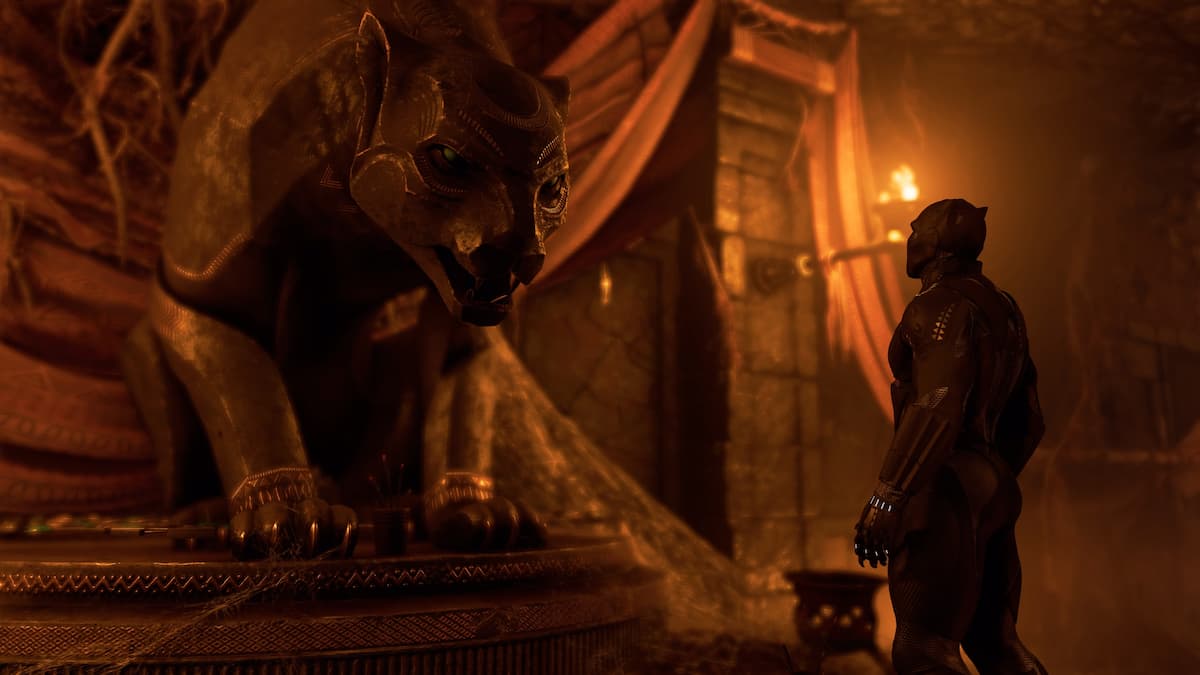 Wakanda is full of nooks and crannies for players to explore, and the first campaign mission for the War for Wakanda expansion in Marvel’s Avengers gives an early example of the puzzles you may find later on. The opening mission entitled The Way It Began has a section called Caves of Bashenga, in which T’Challa takes a secret shortcut. There’s a puzzle involving some pressure panels ahead that will earn you some loot and resources once you complete it.

As you go through the caves, look on the right side for some stairs going down to a large door. This is out of the way — if you keep going forward past the steps, you’ll progress through the main mission and fight some turrets. Instead, go to the door, and you’ll notice two pressure pads for you to stand on. Do so for both and then go through the door.

There is another door all the way across this room, and above it are four symbols that form a diamond shape. All over the room are various pressure pads on pillars; be careful not to fall in between any of them, but if you lose health, there are health containers near the door ahead. Once you stand on a pillar, symbols will glow and appear on the surface. All you have to simply do is find the symbols that correspond to the ones above the large door.

Look to the left side of the room, and up the stairs is one such panel — refer to the screenshot below.

All the way across on the right is a pillar high up that has another correct panel.

A pillar down low and to the front right has another symbol.

Finally, look for another low pillar in the front left for the last panel.

If you hit the wrong one, you’ll have to start all over again. Once you’ve stepped on all four panels, the door ahead will open and you can nab all of the resources and open the strongboxes inside.