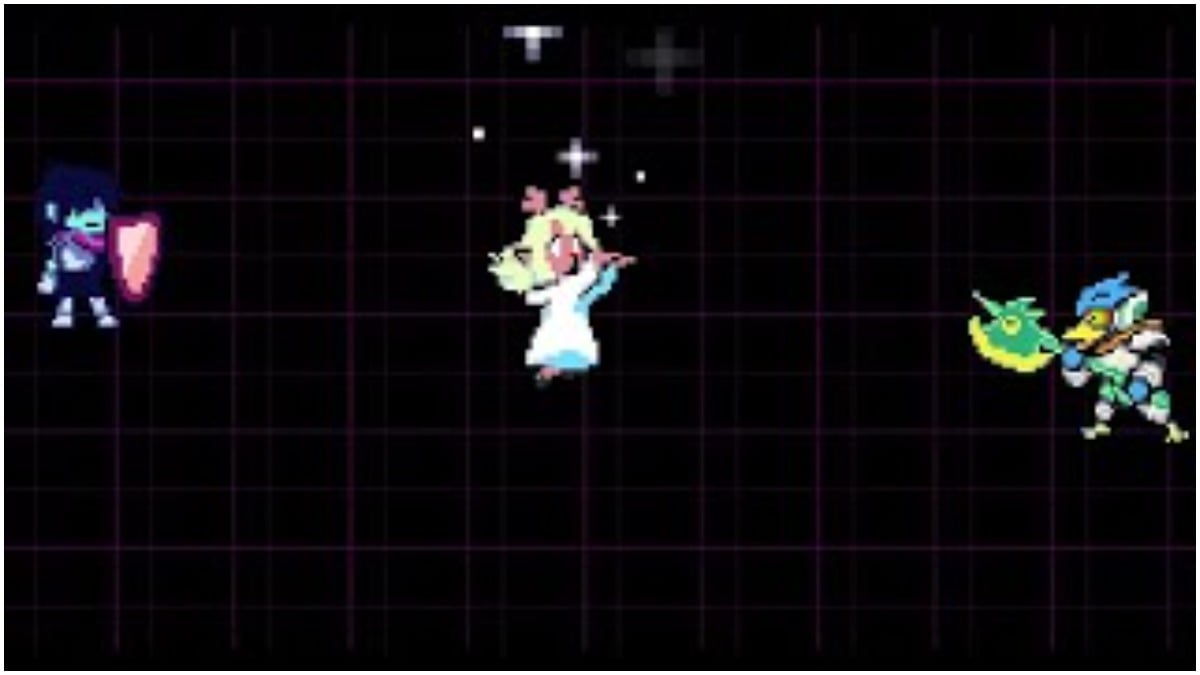 Toby Fox’s Undertale is perhaps most well-known for the many “routes” players can take during their playthrough. This was an option that the first chapter of Deltarune did not offer, but it seems Chapter 2 has changed that with the addition of a “genocide” route.

Unlike in Undertale, this one does not change the ending and can only be accessed at a certain point in the chapter, as opposed to from the very beginning. This guide will go over how to unlock the so-called Genocide/Snowgrave/Pepis route. It is recommended that you create a separate save file for this route, as it cannot be averted once you reach a certain point.

The route cannot happen until after the character Noelle joins your party after splitting up with Susie and Ralsei. When that happens, backtrack to the Trash Zone. From here on out, you only have to do two things throughout the route:

It does not matter if they come to you or come to them. Kill every last one with Noelle’s Ice Shock while just making Kris defend. You will be able to tell you are on the right track if you see the map start to become filled with the frozen bodies of enemies and cars stop coming down the streets.

The Ferris Wheel and The Freeze Ring

After finishing the Trash Zone, proceed through the city until you reach the room with the Ferris Wheel poster. Continue to make Kris defend and use Noelle’s Ice Shock on every enemy in the area. The ones around the Ferris Wheel sign must be killed before interacting with it. Once that is taken care of, select the following options when prompted:

Then, find the salesman in the room, choose the “We’re something else” option, then constantly select the “Get it” option to force Noelle to wear the Freeze Ring. While the Freeze Ring is not technically required, it makes the process of killing enemies go much more smoothly.

Puzzles and the Thorn Ring

There are two switches in the same room with the Ferris Wheel that have the lightning gate. Noelle will offer to step on the switch so you can pass through. During your conversation with Noelle, select “It’s natural” when prompted, then proceed to the next room. A slight music shift should occur to indicate you are still on the right track.

Continue until you encounter the second mouse puzzle. When Noelle asks how you are going to solve it, continuously choose the “Proceed” option until she freezes the puzzle completely. She will do this when you reach the third puzzle as well. Continue killing every enemy in the area as you proceed, still with only Noelle’s Ice Shock.

When you reach the large room with the two tall car roads, follow the southwest path that leads to a dumpster. Normally this area contains an Easter Egg involving the Toby Fox dog. However, here all it does is tell you how many enemies you still need to kill. At this point it should say “4 left,” but if it does not, simply backtrack and freeze any enemies you may have missed.

Once all the enemies are gone, the dumpster will give you a prompt, to which you need to respond “Yes.” This will grant you the Thorn Ring, which you must equip on Noelle. Note: you will not be able to complete this run unless Noelle is wearing this ring, so make sure she has it before you proceed.

Continue right until you encounter Berdly. You simply need to constantly select the “Proceed” option until the battle begins. Do not be alarmed when you see Noelle’s HP rapidly drop. For one, it will stop dropping at 55, and for two, Berdly will only target Kris. The battle will be slightly harder than normal, but there is a specific way you must win to continue the run.

The reason you needed the Thorn Ring is that it reduces the TP cost for a spell known as “Snowgrave” from 200% — which makes it impossible to use — down to 100%. Do not worry about healing and simply continue gathering TP until you reach 100%. Then, constantly select the “Snowgrave” spell until a cutscene plays in which Noelle uses it to freeze Berdly before walking away. After this point on, the route cannot be averted and how you proceed from here does not matter.

Follow the direction Noelle left until you reach a manhole, which you take the entrance of the Queen’s palace, where the final battle will begin.

The main difference with the final battle is that is it a completely different character. Instead of the Queen, you will be fighting Spamton NEO, who can also be encountered in the “pacifist” route under certain conditions. However, only Kris will be allowed to fight him. They will also have two new abilities: X-Slash, which deals massive physical damage, and a new healing skill.

At the end of the fight, when Spamtom NEO is down to 10% HP, he will only take 10 damage from your attacks. Select ACT to call Ralsei, Susie, and Noelle while dodging the final attack, ending the fight, and bringing you back to the real world.

The final cutscenes mostly play out the same from here, though are there a few different, both subtle and obvious. First off, interacting with Berdly will simply state that “he doesn’t seem to be awake” and inspecting the closet in the lab will give a different response that reads: “A large person can easily fit inside”, possibly implying that Kris hid Berdly’s body there.

The dialogue is also different when talking to Noelle in the hospital, and returning to the Dark World will show that only the Queen, the robot trio, the blue salesman, Swatch, and the Trashcan will be recruited. No one else will be there.