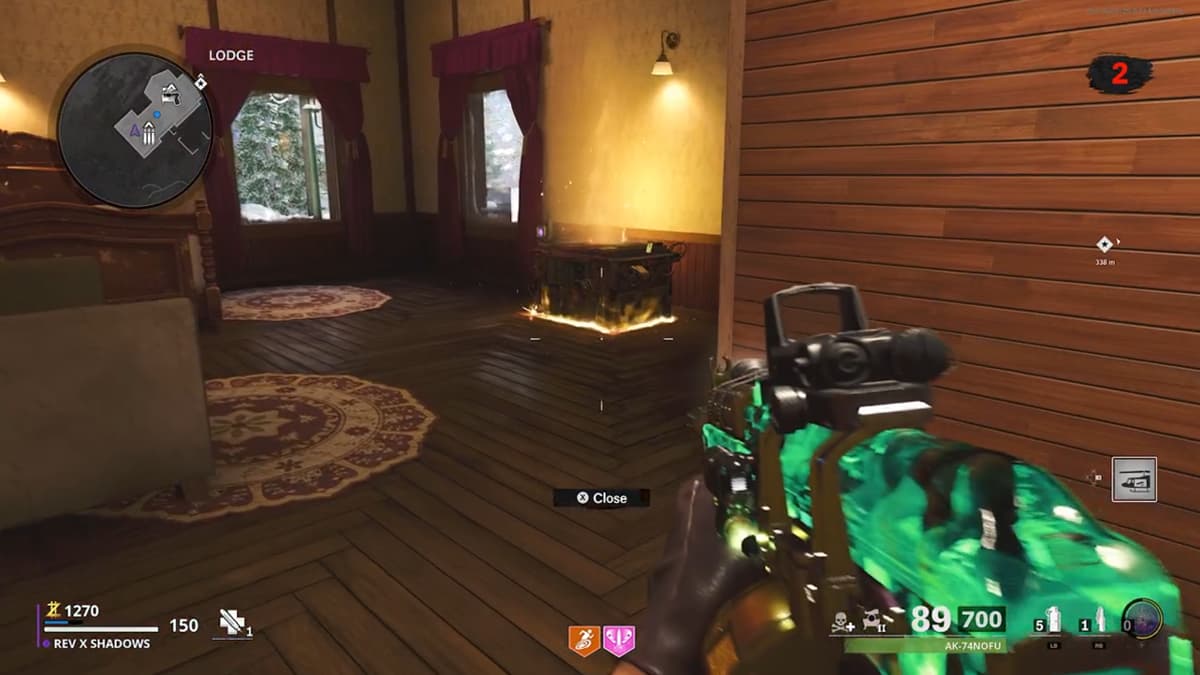 Mimics are one of the more exciting features introduced in Call of Duty: Black Ops Cold War Zombies. They are special enemies that first appear on the field as objects for the player to pick up or interact with before revealing their true nature and attacking whoever comes in too close. When they made their debut in Firebase Z, they would appear in the world as either equipment, scorestreaks, or Perk-a-Cold machines, but in Outbreak, instead are disguised as loot crates.

If you are unready for the chest you are searching to attack you, it could put you in a precarious situation where the Mimic or nearby zombies could knock you down. Here is how to protect yourself from Mimic attacks in Outbreak and get the jump on them before they have the opportunity to do so to you.

If you are worried about Mimics jumping out and attacking you, there is a simple way to make sure any loot chest you are about to search is a real object or a monster in disguise. Merely pinging the thing will reveal to you if the box is legit or not. Aim at the loot chest in question and press left on the D-pad on either PlayStation or Xbox, or Z on PC, and the game will directly tell you if you are looking at a loot chest.

In contrast, if the item is really a Mimic in disguise, the ping prompt will say whatever is behind the chest. For example, if you are in a building, it may say rural house. When anything but “Loot Chest” appears, fire away, and the Mimic will reveal itself. A good rule to look out for is there is usually only one loot chest per building. If you are finding multiple, one of them is likely a Mimic.

Be sure to use the ping system to know if you are walking into danger whenever you approach a loot box, especially if you do not have Juggernog. Taking a couple seconds to stop and ping it could save you from frustratingly being knocked down while unprepared.