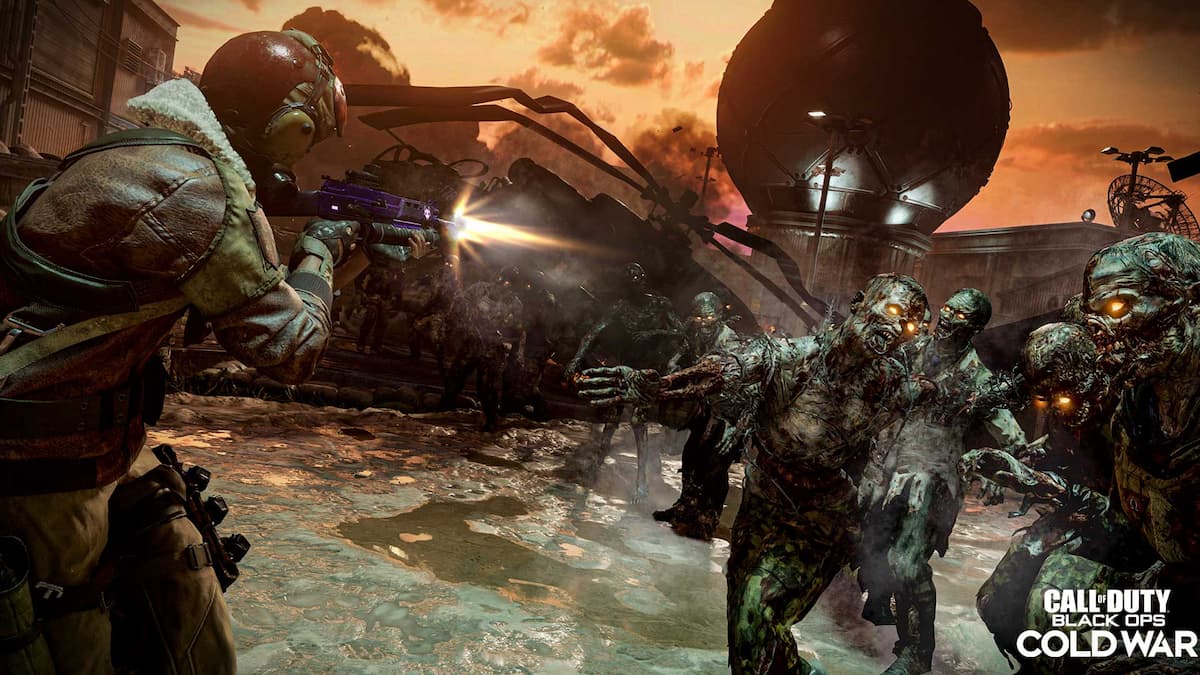 Call of Duty: Black Ops Cold War’s second zombie map, Firebase Z, is finally here and brings exciting features, many of which we have seen in past zombie maps. As is the case, you will need to turn on the power in the area and also get access to the pack-a-punch machine to give yourself a fighting chance at surviving. Here is how to go about doing both in one fell swoop.

Talk to Ravenov and go through the teleporter

Upon entering the map, you need to first talk to Captain Ravenov. He is easy to find. Turn left in the courtyard and talk to him behind the glass. You will notice the powered down pack-a-punch machine next to him.

Now you need to go through the dark aether portal on top of the building across the courtyard. Buy the first door and go upstairs to the teleporter. There is no cost to access the portal, and you can jump in-between locations anytime you want. On the other side, you will be in the actual Firebase of the map.

After coming out of the teleporter, you are placed in a helipad with three separate gates. You will need to open the doors behind each gate and activate the reactor in each location.

Starting on the left of the Helipad, the Open Lot leads to Mission Control up some stairs. In the middle of Mission Control is the generator you need to activate. Pay the essence to start the machine, and multiple generators will activate, causing the zombies to run towards them. One generator will be up the stairs in front of the door you entered the room through, and the other two will on the same level as the generator against the wall and behind the other stairway. If playing solo, you only need to keep watch of two of these machines.

You need to kill each nearby zombie, causing their soul to be sucked into the machine. Under the mini-map, you will notice two bars have appeared- one for Charge and one for Damage. Each soul the machine sucks up will slightly raise the purple Charge bar. Fill that bar up before the zombies damage it too much, and the middle generator you started will put out a shockwave that will kill all zombies in the area, signifying you have completed the challenge here.

Go back out to the Helipad, and open the middle gate to access the Barracks. Move forward and to the right to open the door to the Data Center. The start-up generator for this section is located down the stairs in the middle of the room. The first of the machines to suck up zombie souls is situated up the stairs about halfway between the door you entered and the Speed Cola machine. The other two are located in the hallway that surrounds where the generator is. Fill the Charge meter up, and the same shockwave will be put out, activating the power in this section of the map.

Finally, return to the Helipad and open the last gate to the Motor Pool. Open the door on the right to enter Military Command. After entering, exit the passageway to the left to go outside and find the final generator you need to power up. Finish off this final zombie soul sequence, and you are home free. All three of the machines are situated in the direct vicinity of the generator. Two are on opposite sides of the small courtyard here, and the final one is inside the building behind the generator. Now the entire map is powered up, and you can use all perk machines.

Return to the Courtyard

When all three generators have been powered up, it is time to return to the Courtyard in the village we started the map in. Take the teleporter you took at the beginning of the game to return and run down to talk to Ravenov behind the glass. Upon interacting with him, the pack-a-punch machine will automatically start-up, allowing you to upgrade your weapon damage and add an effect to your bullets.