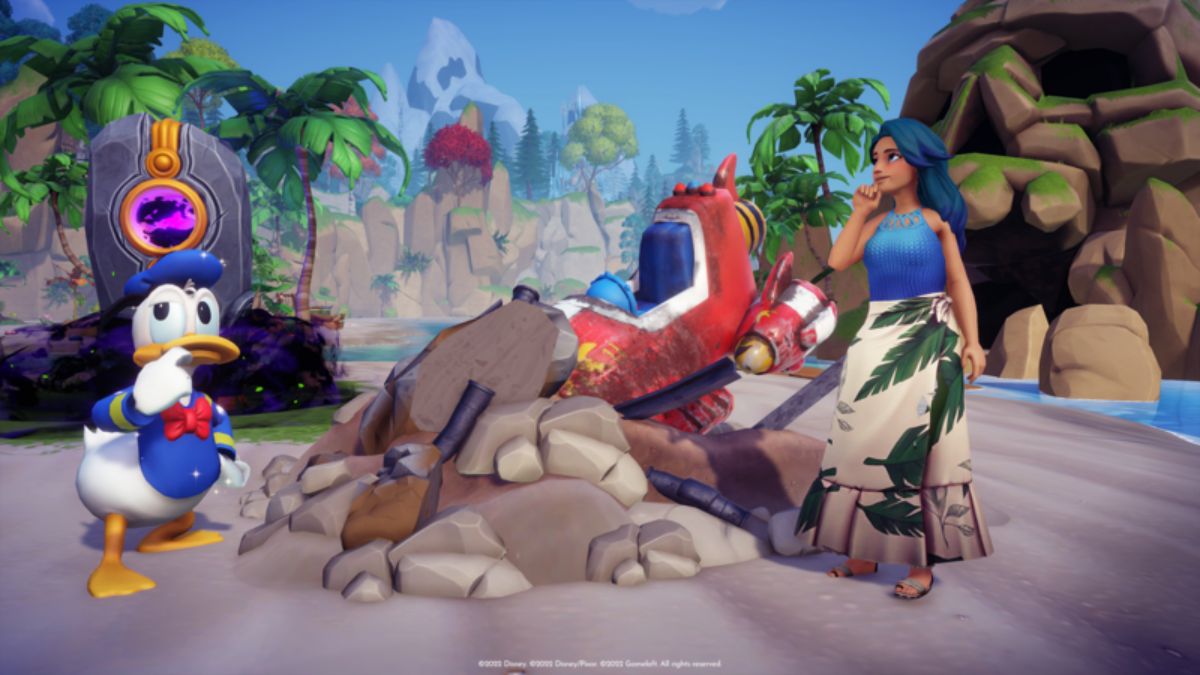 Where to find Stitch in Disney Dreamlight Valley

Unlike most of the characters in the game, Stitch doesn’t have a realm for you to enter and he certainly doesn’t just appear in the valley somewhere for you to help him. Instead, you need to complete a series of quests before he appears. The quests needed to unlock Stitch require you to handle some pretty slimy clothing, but it is worth it in the end. Shortly after downloading the update, you will be able to find a Slimy Sock somewhere on Dazzle Beach. For us, it appeared in the grassy section near the cave.

Once you have found the sock, it will automatically start the quest called “The Mystery of the Stolen Socks.” The first sock that you get will belong to Donald Duck. Bring the sock to Donald and he will ask you to remove the garbage that is littering his house. Interact with the trash piles until they are all removed and you will find a Strange Device.

After analyzing the slime on the socks, the device will tell you that you only have part of the DNA required to get a match. Unfortunately, you will need to wait for the next sock to make an appearance which takes a few days unless you want to risk breaking your game through means of time travel. After about five days, you can find another sock in the Peaceful Meadow with the initial “G” sewn into it.

Bring the second sock to Goofy and he will tell you about how he saw some funny lights in the sky. Break all of the trash in Goofy’s home and you will find a patch of blue fur. Bring it to Donald. After putting the fur in the machine, you will get the message that the DNA sequence is 66% complete. You will now need to wait even longer until another sock can be found which takes about five more days.

The next sock can be found somewhere in the Forest of Valor. Bring the sock to Mickey, Kristoff, and Merlin to see who it belongs to (Hint: it’s Merlin’s sock). After giving the sock to Merlin, search his library. Destroy all of the garbage in his home to find another clue in the form of a Mysterious Claw. Bring the Mysterious Claw to Donald. The DNA match will now be 100% complete. Place the strange device down on Skull Rock away from Dazzle Beach.

Once the strange device is placed, you will get a cutscene that shows Stitch’s ship crash-landing on the beach. Talk to both Stitch and Donald. You will come to the conclusion that Stitch needs a home in the Valley. Build Stitch a home and then tell him about it. You will get a chest as a reward and Stitch will be unlocked.