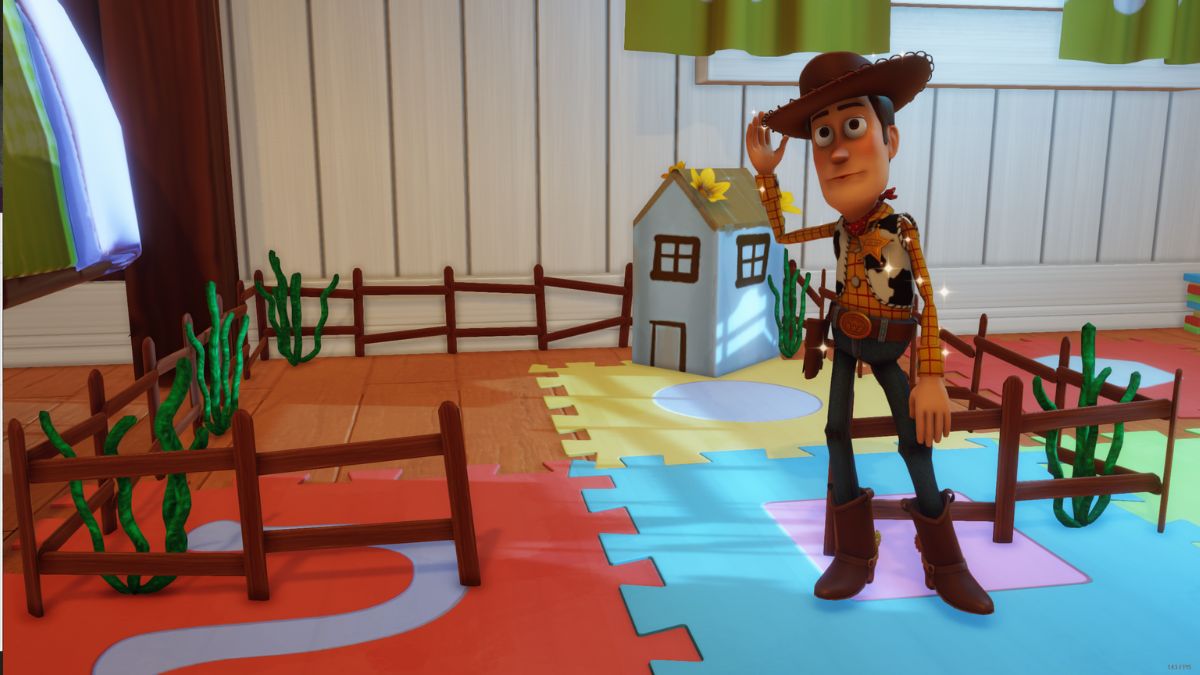 Buzz Lightyear and Woody have appeared in Disney Dreamlight Valley and it is up to you to help them out. After assisting Buzz, you need to make your way back to the realm of living toys and give Woody a hand. He needs help restoring Bonnie’s special arts and crafts project and you’re the only one capable of completing it. Gather up your craft supplies and don’t get stuck to the hot glue. This guide will show you how to unlock Woody in Disney Dreamlight Valley.

Before you can unlock Woody, you will first need to complete Buzz Lightyear’s quest called A Secret Mission in Uncharted Space. Once this is done, Buzz will become available in the valley and you will unlock the You’re my Favorite Deputy quest. Head back to the Toy Story realm and talk to Woody. He will tell you that you need to collect Ice Pop Sticks and Pipe Cleaners to restore Bonnie’s special arts and crafts project.

To collect these items, you will need to use your pickaxe on the lollipops in the room and your shovel on the wads of paper. You will need to collect eight Ice Pop Sticks and five Pipe Cleaners. Once this is done, talk to Woody. Woody will let you know that you need a few more items to complete the project: something sticky and Yellow Daisies.

Head back to the valley and talk to Buzz. He will give you some Super Glue to use for the project. The Yellow Daisies can be found throughout the Peaceful Meadow. Give the items to Woody back in the Toy Story Realm and he will build the corral. Talk to Woody once it’s built and he will ask you to collect the origami animals from around the room. They can be found in the following places:

After returning the animals to Woody, you will be tasked with building him a home in the Valley. Head back to the valley and build his house wherever you want to complete the quest and unlock Woody. Keep in mind that his home will cost you 10,000 Star Coins.