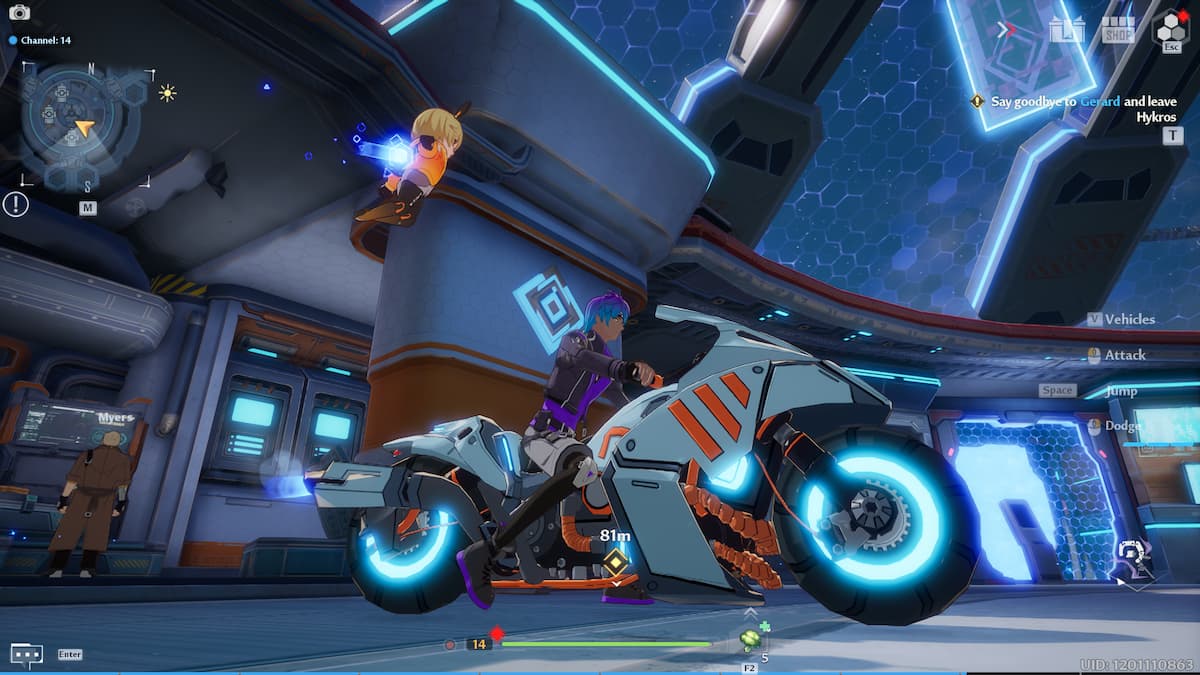 Related – How to claim plot rewards in Tower of Fantasy

Vehicles in Tower of Fantasy are much more exotic than your typical horse that most open-world games offer. The first vehicle you can unlock in Tower of Fantasy is a sleek, futuristic motorcycle called the Falcon. To unlock the ability to use vehicles, you must do some leg work and follow these steps.

Step 1: You must follow and complete the main story quests after the initial prologue sequence is over. After the first several steps, you will unlock Main Story Chapter 1-4. This quest will require you to teleport to an area called Hykros. After you enter this new realm, your vehicle will be within reach.

Step 2: A handful of new characters will greet you after entering this area. After a series of narrative events, you will have to run around this small hub area and disarm three bombs. This quest step can’t be failed, so follow the yellow objective markers and disarm all three bombs safely.

Step 3: After the bombs are gone, you have to speak to Franz. He will let you know he has a surprise in store for you. You will then need to speak to Elric and Mi-a.

Step 4: After speaking with the group, head upstairs and speak with Cobalt -B. With that done, you can interact with your first vehicle, the Falcon.

The Falcon is an Omnium motorcycle mass-produced by Hykros. After a short in-game tutorial, you will have your first mount in Tower of Fantasy. While exploring the open world, you can press the vehicle shortcut button; the Falcon will materialize, ready to ride. Hop on your motorcycle and live out your Akira-inspired dreams.