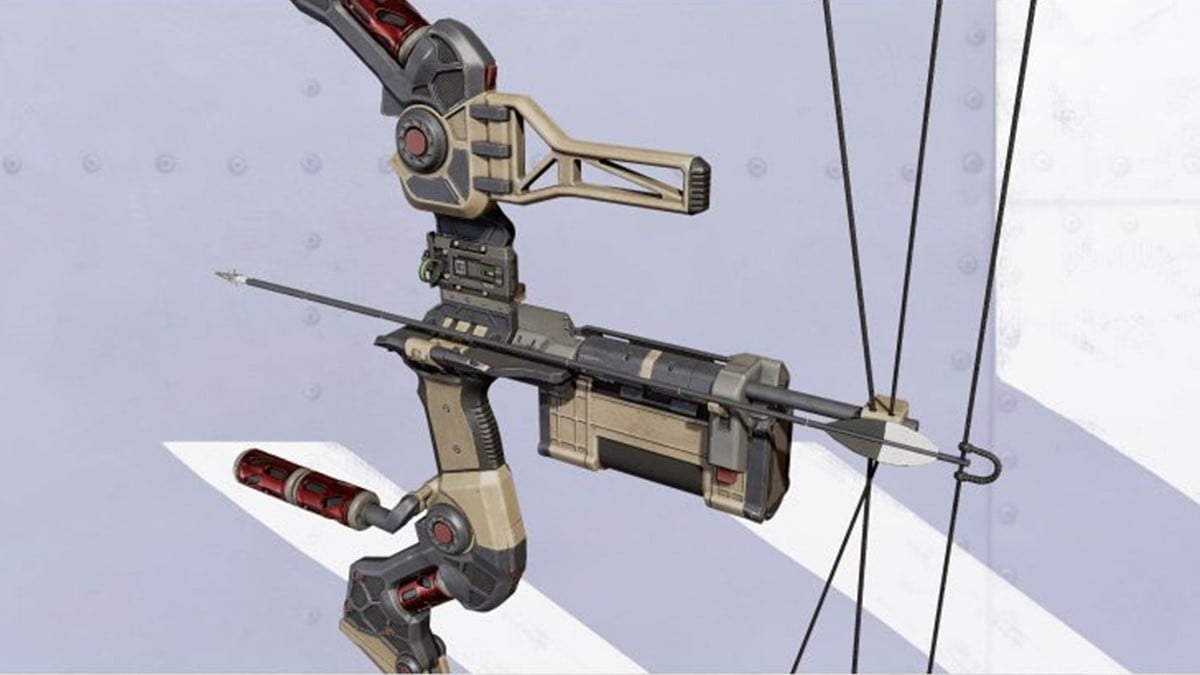 Introduced in Season 9, the Bocek Compound Bow is the first non-gun weapon introduced in Apex Legends. With no extended mag, barrel mod or stock, and a new ammo type all its own, the Bocek Bow is definitely shaking things up. But how do you use a weapon like the Bocek Bow? Here are some tips to bring you up to speed of wielding your bow and arrow.

Similar to the now-Marksman class 30-30 Repeater, the Bocek Bow has a charge per shot. Depending on how far you pull back the bow, it will do more or less damage. This means depending both on one’s playstyle and the given situation, you will want to prioritize either speed or power. Fully charged headshots will do quite a number on whoever you hit, but rapid fire will make more sense if you end up at a close range.

There are two optics compatible with the Bocek Bow: Shatter Caps and Deadeye’s Tempo. Unlike with usual weapons, both can be applied at the same time. The Deadeye’s Tempo quickens your drawback speed if you consistently shoot fully charged arrows and is great for mid-range. Shatter Caps adds a fire mode toggle that splits your arrows into a shotgun pattern. This will make the Bocek more viable at close range.

The best optics for the Bocek are subjective, but we recommend the 2x Bruiser if you are using Shatter Caps, or the 3x if you are not. Note that the 2x-4x variable optic is not compatible with the Bocek Bow. The 1x HCOG is also good if you don’t feel you need any type of zoom. The iron sight on the bow is better than the 1x Holo though, so maybe leave that one be.