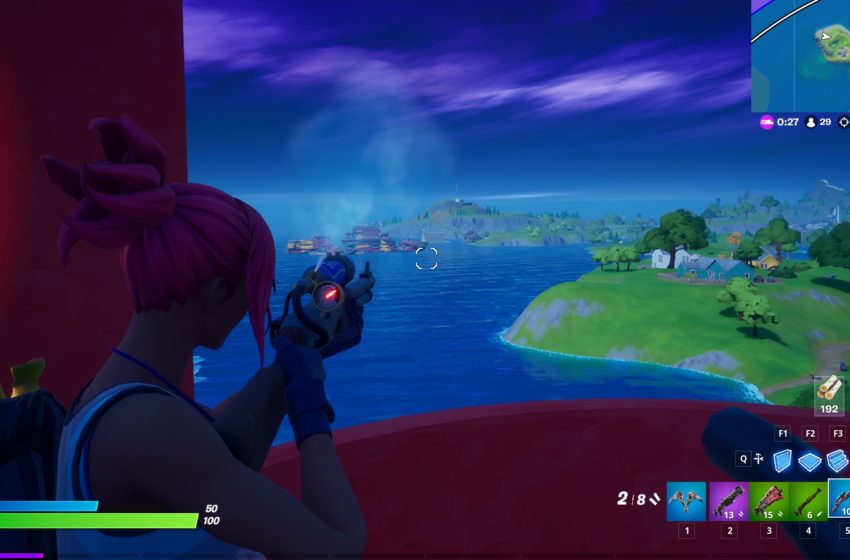 There’s a new weapon in Fortnite‘s newly released chapter 2, season 3 called the charge shotgun. The weapon arrives in the game alongside a massively flooded map.

When you pick it up, the shotgun will have the appearance of the usual weapon appearance, but it has a diver’s tank attached to the sights to match the newly minted water-themed map. You will see a small fuel gauge attached to it. While pressing the trigger, the gauge’s dial will steadily grow until it reaches the far side. When you pull the trigger, it will let out an attack based on long you press the trigger down, and the longer you hold it, the stronger the blast. The charging noise also comes with a distinct sound effect.

There are five different rarity levels for the weapon: common, uncommon, rare, epic, and legendary. Each version of the gun contains three rounds in the chamber before you need to reload it. The common rarity of the weapon takes 5.5 seconds to reload, while the legendary version takes 4.5. You primarily want to use this weapon when attacking a foe reasonably close to you to increase its effectiveness. You wouldn’t want to be stuck in a long-range fight with this weapon being the only gun in your loadout.

How you use the charge shotgun depends on your playstyle. You can increase your risk of being hit by charging the weapon or attempt to fire it off as quickly as possible to whittle down an enemy’s shield before using an alternative weapon to knock them down. Make sure to try it in a variety of instances to see how you prefer to use it.