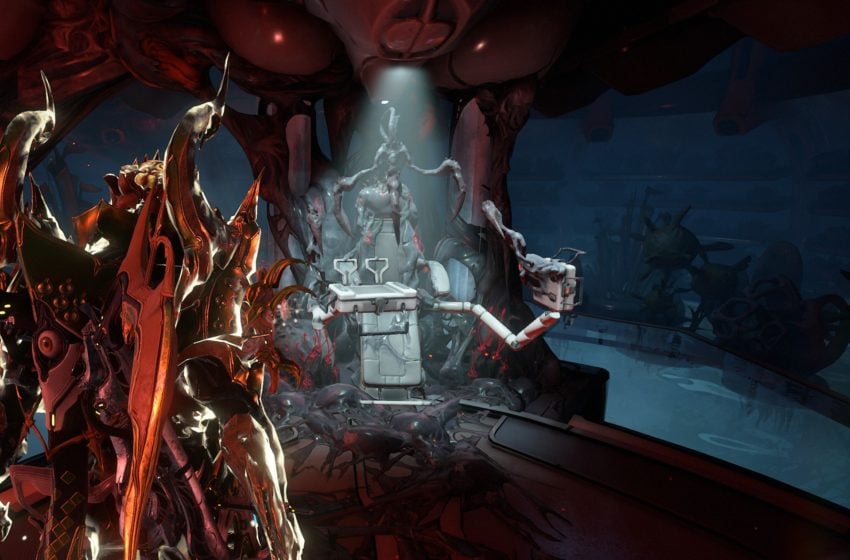 The Helminth System was added to Warframe with the Heart of Deimos update. This new mechanic allows you to draw an ability out of a Warframe by sacrificing it to the Helminth, and this will then allow you to place that ability into another Warframe.

The first thing you will need to do is get access to the Helminth System, which is a process all of its own. We have a full guide on how to do this that will walk you through it.

As you subsume, replace abilities, and feed the Helminth, the Helminth Rank will increases, giving you access to more slots and innate Helminth abilities. It is important to understand how this all works before you get into subsuming and changing abilities. Below we will show you the total experience the Helminth will need to have gained from eating, subsuming, and injecting abilities to unlock each new rank.

How to draw an ability from a Warframe

To draw an ability out of a Warframe you need to sacrifice it to the wall of the Helminth room in your chamber. This means the Warframe is lost forever, so keep that in mind when deciding what to do. It may be best to farm up a new Warframe than sacrifice something you have already invest Forma and potatoes in. You should also be aware that you cannot sacrifice Prime Warframes.

You cannot draw out any ability, only one pre-approved ability from each Warframe. You can also use some abilities from the Helminth System itself, should you wish.

Equip the Warframe you wish to subsume, then go to the chair in the Helminth Room. Sit in the chair and choose the “Subsume” option from the list. You will need to have the required number of secretions to subsume the Warframe. These will be listed on the right side of the screen. If you don’t have enough, click the “Feed Helminth” option.

How to feed the Helminth

All functions of the Helminth System are powered by secretions that are derived from feed the Helminth resources. These resources are broken up into different categories called Oxides, Calx, Biotics, Synthetics, Pheromones, and Bile. Each resource also has a different amount that will be required:

To avoid players just farming for easy to get resources, the Helminth will have preferred foods at different times, indicated by a red downwards arrow, or green upwards arrow. The down arrow means the food will be less efficient, while the up arrow means it will be more efficient. It is advisable to always try to feed the efficient food types to the Helminth to get the most from your resources.

Feeding the Helminth foods that it likes will also increase the amount of experience you get, to help you rank up the Helminth faster, getting access to more slots and abilities.

How to add a new ability to a Warframe

To add an ability to a Warframe, equip the Warframe you wish to add it to and sit in the Helminth chair. Pick the ability from the list on the left of the screen. This list will show you all the unlocked Helminth abilities, and all the subsumed abilities from Warframes that you have access to.

Another important point is that if that ability has an augment, you can then use the augment on the Warframe as well. Just like subsuming a Warframe, each time you want to inject an ability it will cost secretions, but it can be reversed for free.

Which Warframes should I subsume?

That is entirely up to your Tenno. Experimentation is the name of the game with the Helminth system. For many people, Rhino will make an excellent first choice, however. His Roar ability buffs damage, so you can add it to any Warframe, then use it to buff their own weapon and ability damage.

The above video from Youtuber Brozime is an excellent resource, as he goes through all subsumable abilities, all Warframes, and what would work well with each one. This will allow you to see where you might want to focus your efforts.

It is worth pointing out that Warframe has an every changing meta, and some Warframes are ignored by many users but are fantastic if you build them in certain ways. As such, you should constantly be experimenting with builds, damage types, mods, and everything else the game has to offer.