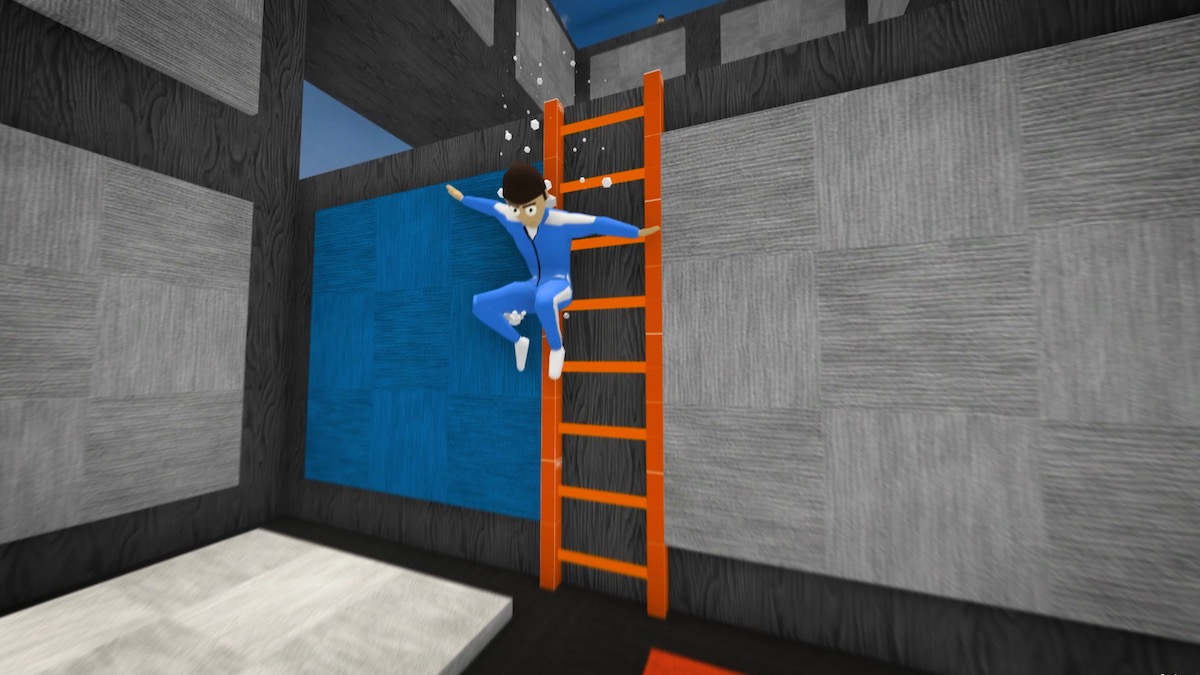 Tag — the quintessential playground game. Many kids have spent hours chasing after each other on playgrounds trying not to be “it” like it’s a life or death matter. In Crab Game, it actually is, and below you’ll find some tips to help you avoid being tagged in this wacky multiplayer title.

Tag in Crab Game is pretty much the same game as in real life; there’s not a lot to it. A certain number of people are designated as “it,” and they have to try to tag others. Those who are still “it” by the end of the round are eliminated. It differs slightly in that the only way to tag someone is by hitting them with a stick, but it’s still wholly recognizable as a game of tag.

Those who are “it” carry a big stick that they can swing with the left mouse button. Once they hit someone, the stick transfers to the person who was hit, and they become “it.” If you spawn with the stick, beeline towards the first person you see and start swinging to get rid of your stick as fast as possible.

The easy part of Tag is making someone “it.” The hard part is avoiding becoming “it.” Once you’re stick-free, you’ll want to play the game similar to how you would play Hat King; this means you should try to get to high vantage points and make liberal use of diagonal speed boosting.

To boost your speed, hold down the shift key while moving diagonally (hold W + A or D) to sprint diagonally. Then, repeatedly jump while moving to gain more speed. This is a great deal faster than your normal sprint and should make your chances of survival a little bit higher.

This method can also help you chase people down, should you get tagged. If you get tagged in the last few moments of a match, don’t panic. It’s possible to pull off a last-second victory by smacking someone with your stick as the clock turns to zero. If you time this just right, you’ll tag your target, and they’ll immediately die as time expires before they even have a chance to strike back.