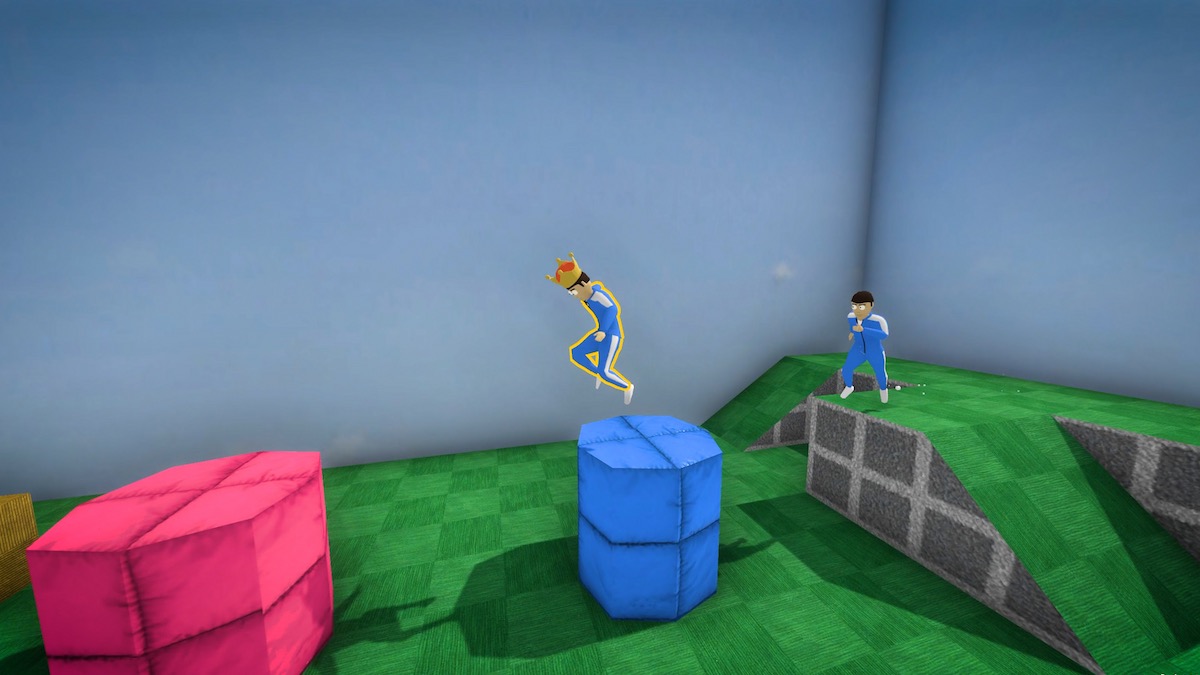 Crab Game’s Hat King minigame is effectively a game of keep away. Your goal here is to shove a crown-wearing opponent to steal their crown, after which you’ll want to avoid getting shoved yourself. You gain points while wearing a crown, and the players with the lowest total points at the end are eliminated. This guide will explain how you can best evade your foes to avoid elimination.

As soon as Hat King starts, you’ll want to grab a crown if you didn’t already spawn with one. To do this, run to the nearest crown-wearing opponent and shove them using the left mouse button. Once crowned, the edges of your screen will begin to glow, and you’ll notice your score in the upper-right-hand corner of the screen start to steadily increase. Now, your objective is to avoid getting hit for as long as possible, and making use of Crab Game’s versatile movement options is a great way to do that.

Related: How to win at Lights Out in Crab Game

Holding shift while moving lets you sprint, but there’s an even faster way for you to get around. Start by sprinting diagonally (shift + W + A or D) and then jump using the space bar while still moving diagonally. You can use your mouse to ensure you’re still traveling in a mostly straight direction. Do this repeatedly, and you’ll move much faster than you would if you were sprinting normally, making you a harder target to catch.

However, unless the lobby you’re playing in is mostly empty, you won’t want to stay on the ground for long. We recommend you get to a high vantage point via a ladder, and try to camp up there for as long as you can. If you notice a crownless player coming towards you, simply jump down to the emptiest area you see, quickly get to another ladder, rinse and repeat. With enough luck, this tactic should allow you to claim both the crown and victory in Hat King.