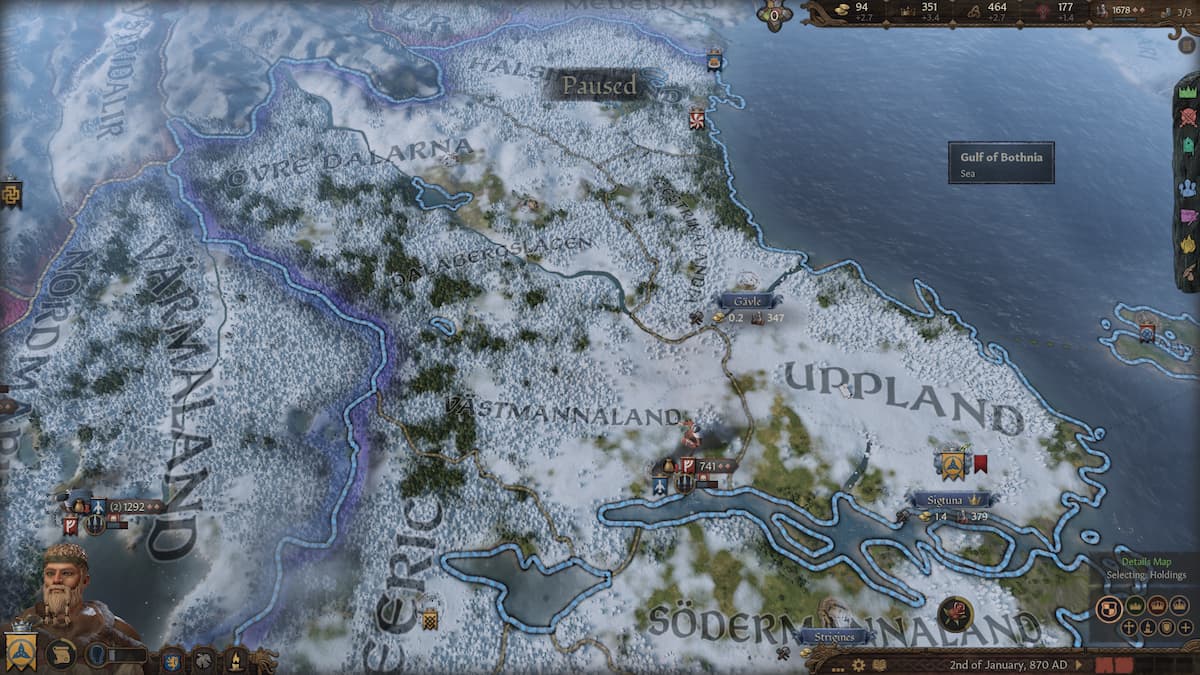 Winter has arrived at the frosty mountain tops of Crusader Kings III. These harsh weather changes in the game will violently disrupt any troop movement you might have going through a specific region, potentially hampering your forward assault against another empire. These winters can also be used defensively to lure enemies away from their protective walls, forcing them to face you on a harsh battlefield, leveling the field of conflict. Not only will the winters in Crusader Kings III force you to consider alternative times to adventure out with your troops, but you also have to consider how many supplies your troops will be using when wandering through enemy territory. You likely won’t be able to raid or attack an enemy empire as long as you previously did before having to return to a friendly region.

When winter arrives in Crusader Kings, you’ll hear the harsh rush of winds billowing about the location. The ground will become covered in snow, and the small animation of snowflakes will appear in the regions being affected by the cold grasp of mother nature. You’ll be able to highlight over a specific region, and you’ll what areas are being affected by winter and which ones are where you can freely move around.

There will be three types of winters in Crusader Kings III.

You want to be careful when considering to battle against an enemy before winter arrives. If you can time it correctly, you can bait an enemy into fighting you right when the cold hits, giving your armies an advantage. You can also attempt to assign a commander with the Winter Soldier trait, giving them an advantage when battling in this environment. You can also enlist men-at-arms with bonuses or penalties for fighting during a normal or harsh winter.

The added winter element means you need to notice what time of year you plan to battle against an opposing army and see where you are in the world. If you’re battling in the north and want to invade any of the Norse domains, you might want to wait until spring hits, when the snow melts, and there’s no chance your armies will find themselves facing an enemy army and an avalanche of snow.