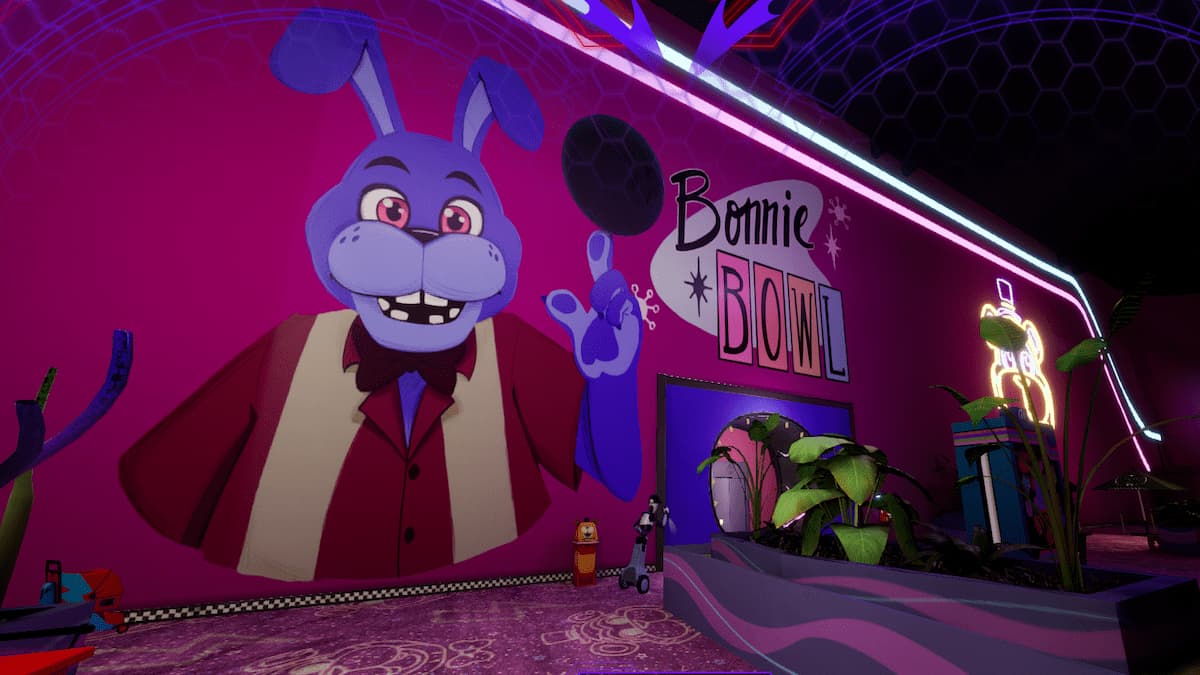 While Bonnie does not make a appearance as an actual enemy, she does appear in her own area of the game — Bonnie’s Bowl. This area is notable for being the location of the Monty Mystery Mix, but is mostly a harmless diner/bowling alley — until you actually pick up the Monty Mystery Mix, in which a bunch of shell-less animatronics spawn and start hunting you.

That isn’t to say that Bonnie as an actual threat may not get added at a later point. Security Breach is still new, and a lot of secrets have yet to be uncovered. If new information about the Bonnie animatronic is revealed, we’ll be sure to update this article, but as of right now, Bonnie does not make a physical appearance in the game.