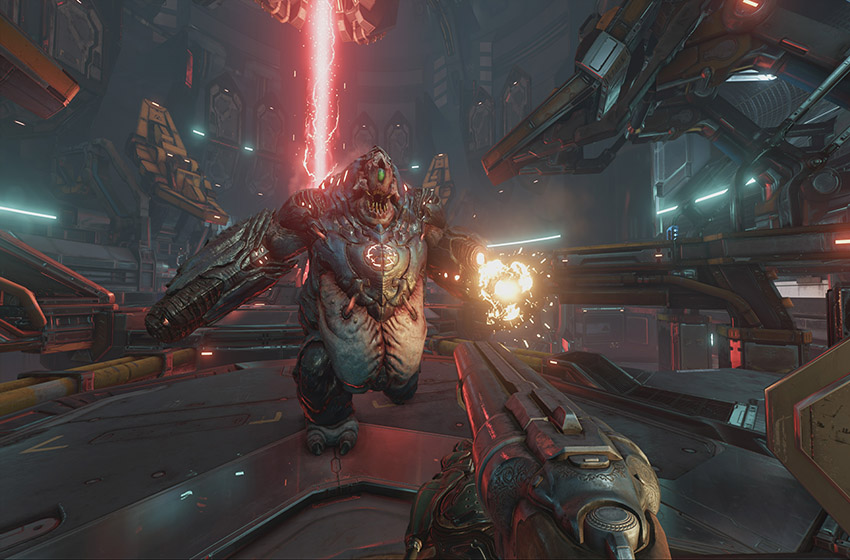 Doom Eternal is the first big first-person shooter to release in 2020. The game features Hell’s demons invading Earth and the Doomslayer ripping and tearing his way through the hordes to send them back where they belong.

The game also features a brand new multiplayer mode called Battlemode, which sets up the Doomslayer against two player-controlled demons. While Bethesda and id Software decided to lean away from a traditional multiplayer with Deathmatch and other classic modes, Doom Eternal still holds the potential for fun multiplayer action that could be shared across platforms.

“We haven’t talked too much about that publicly,” Executive Producer Marty Stratton said in an interview with IGN last year. “We haven’t done anything technically that would prevent it, so we’d love to—we want to connect players in as many ways as possible, there’s a lot of publishing and first-party type of stuff that we need to sort out, but from a technical perspective, we’ve made sure we haven’t limited ourselves to prevent that.”

Obviously there is no promise for cross-play, but it definitely seems like it is an avenue the developers are interested in. Battlemode is not a large scale mode, with only three people playing in a match at a time, so it would be interesting if cross-play had a significant impact on the stability of the game.

While there may not be a way to play with friends on another platform as of now, Doom Eternal features a campaign that is set to be double the length of Doom (2016), plus brand new attachments and movement abilities for the Doom Slayer.