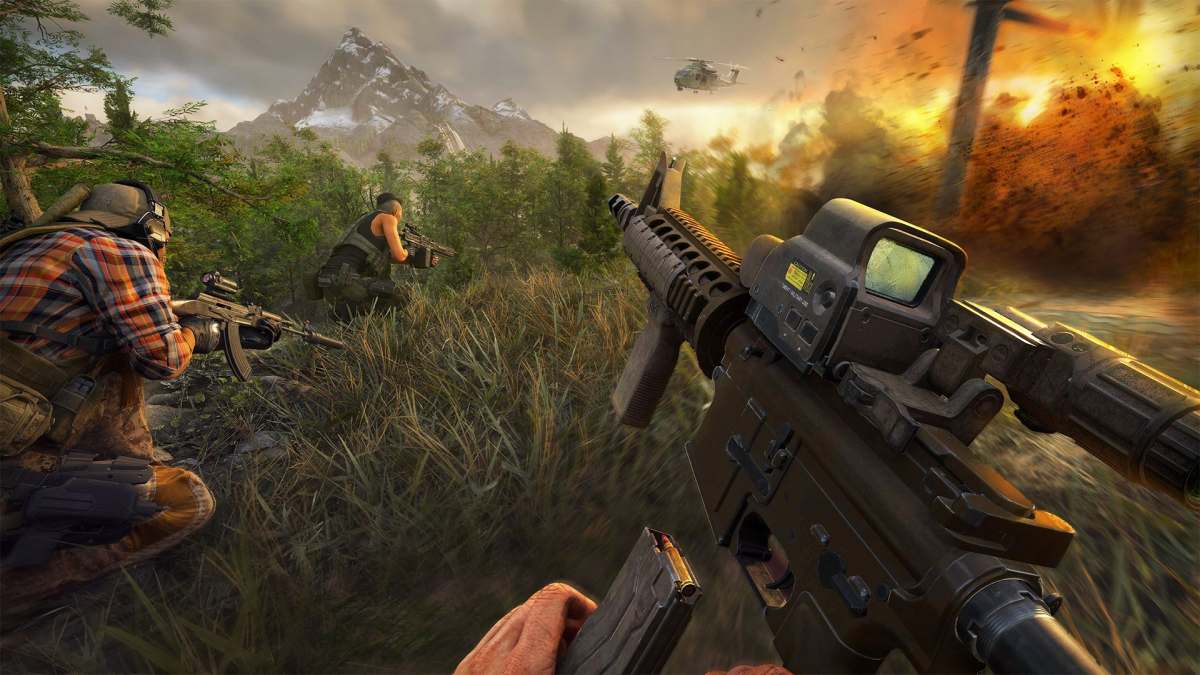 The reception Ghost Recon Frontline received upon its announcement was predictable. The latest entry in the gritty franchise about espionage and covert military ops was pitched as a large-scale multiplayer PvP game with heavy hints of battle royale. Long-time Ghost Recon fans weren’t happy about it, as evidenced by the 3:1 dislike ratio on the reveal trailer. Battle royales are one of the biggest revenue drivers in gaming at the moment, but the genre also carries a lot of baggage. Many shooter players express that they have grown fatigued with the genre’s formulaic gameplay and lack of innovation. Fans of long-standing franchises are especially touchy about their favorite games receiving the battle royale treatment, as evidenced by the recent release of Vampire: The Masquerade Bloodhunt, which was similarly derided when first announced.

It’s therefore not surprising that Ghost Recon Frontline is instantly under fire by critics eager to dismiss it as just another uninspired battle royale. When you hear that 102 players are being dropped onto an island in squads of three to scavenge for loot and gun each other down, it’s hard to imagine anything but a battle royale. It’s no help that Ghost Recon’s established aesthetics make Frontline blend so seamlessly with the likes of PUBG, Warzone, or basically any other modern military shooter.

In reality, Ghost Recon Frontline is not a battle royale, at least not in the same family as those other games. There is no shrinking ring, no last-squad-standing victory condition, and while the gameplay loop revolves around PvP the goal of the game is not to kill everyone but rather to collect intel and escape safely from the island. Frontline is visibly inspired by the design of survival shooters like Hunt: Showdown and Escape From Tarkov and is not alone in that regard. We are seeing a wave of more strategic, objective-based sandbox shooters on the horizon, with Battlefield 2042’s Hazard Zone mode leading the charge, and The Cycle: Frontier coming out sometime in 2022. In fact, Ubisoft has a second shooter in this vein currently in development: The Division: Heartland.

Realistically speaking, the collection and survival mechanics likely won’t make Ghost Recon Frontline play that much differently from more “traditional” battle royale games, and nothing shown so far inspires the confidence that the game will be particularly fresh or innovative. It just won’t be quite as much of a battle royale as Warzone is. At any rate, those who are curious to find out what Ghost Recon Frontline really plays like are welcome to sign up for the closed beta playtest and find out for themselves.