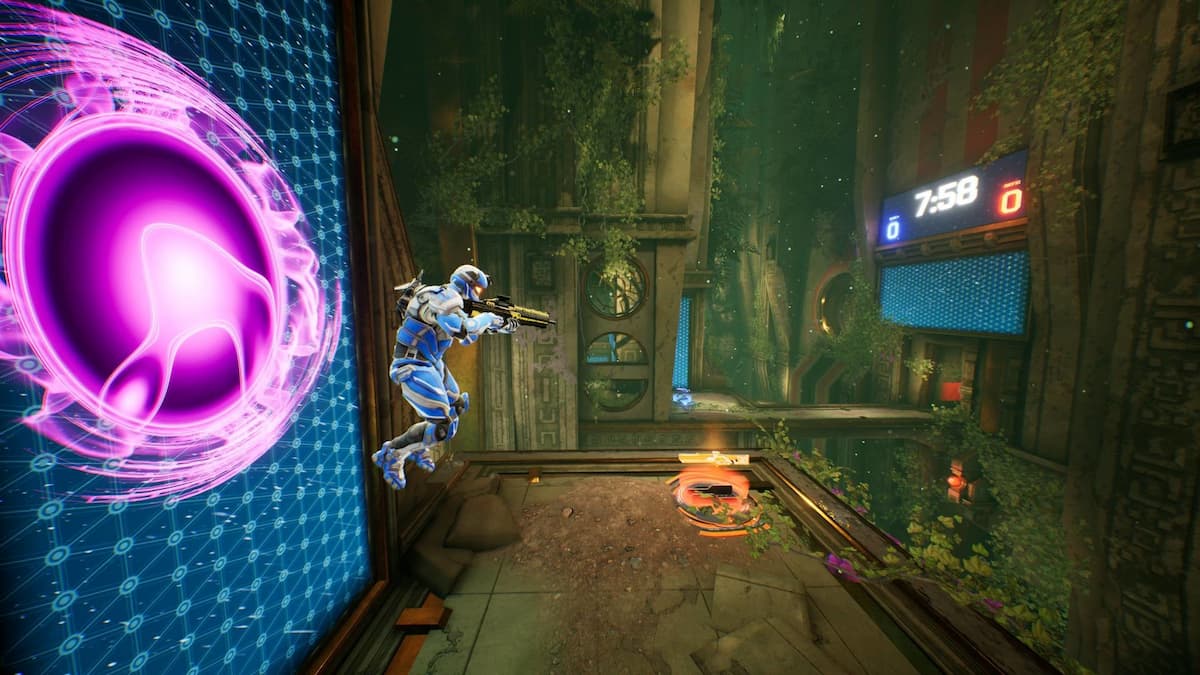 While gaming has never been more popular, and digital services are more connected than ever, it can be incredibly hard to get a group of friends together to play one game if they are across different platforms. Is Splitgate, a title growing in popularity, an option for such a cross platform group?

Splitgate is a fast-paced, free-to-play arena shooter from developer 1047 Games that features cross platform play between PC, Xbox, and PlayStation users. This title is following a growing standard for accessibility and connectivity in multiplayer titles. Instead of adding players by entering a username, you’ll have to share an ID code. Find this ID by going to the social menu and the Add Friends tab.

1047 has stated that all of Splitgate’s play modes will feature cross platform support, including casual games, ranked ladders, and even custom lobbies with custom modifiers like big head mode, zero gravity, or unlimited ammo. The LAN Party possibilities seem endless. Players can turn off crossplay under Settings, Privacy, and then Gameplay Privacy.

There is no word yet on if Splitgate is ever coming to Nintendo Switch, but you will be able to take it to go on the Steam Deck sometime next year. Switch users looking for cross platform play aren’t totally out of luck: Blizzard has confirmed cross-console play for Overwatch, and Warframe expects to be fully cross-platform compatible by the end of 2021.