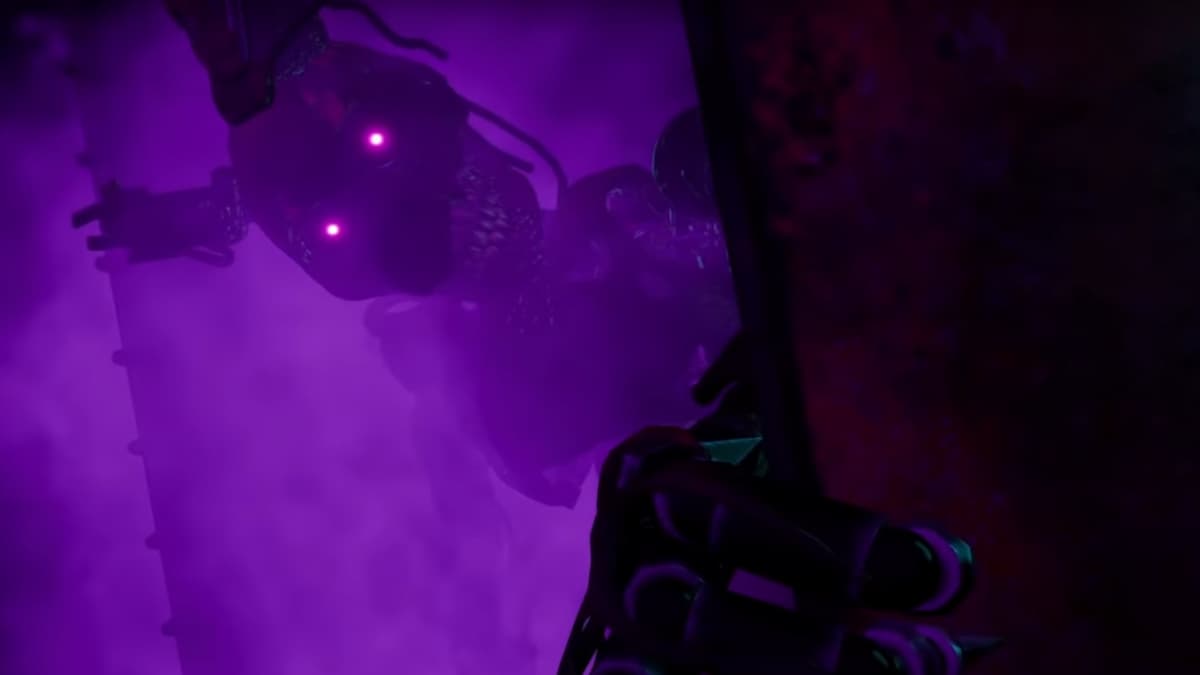 Springtrap, a malevolent entity inhabiting a Bonnie Bunny animatronic suit, has been a series constant force for evil. Usually an antagonist, Springtrap is often the mastermind, or at least one of the more difficult entities, that players have to deal with. Naturally, with such a history, it’s a good question to ask if Springtrap is in Five Night’s at Freddy’s: Security Breach.

We can confirm that not only is Springtrap in Security Breach, but he exists as a hidden boss. In order to unlock Springtrap, you need to travel down into the Old Elevator. You will come across an old, abandoned Pizzeria that is eerily similar to locations from previous games. Proceeding onward, you will find yourself in a security room, ready to fight Springtrap.

You have to set fire to Springtrap by watching the monitors and activating the right one. However, along the way Chica and Roxy will attempt to infiltrate your room and kill you. Roxy must be hidden from by climbing into Freddy, while Chica must be sent away by closing the doors. Springtrap must be set on fire, because if not, he will take control of Freddy. After repeating that a few times, you will defeat Springtrap and unlock the True Ending.