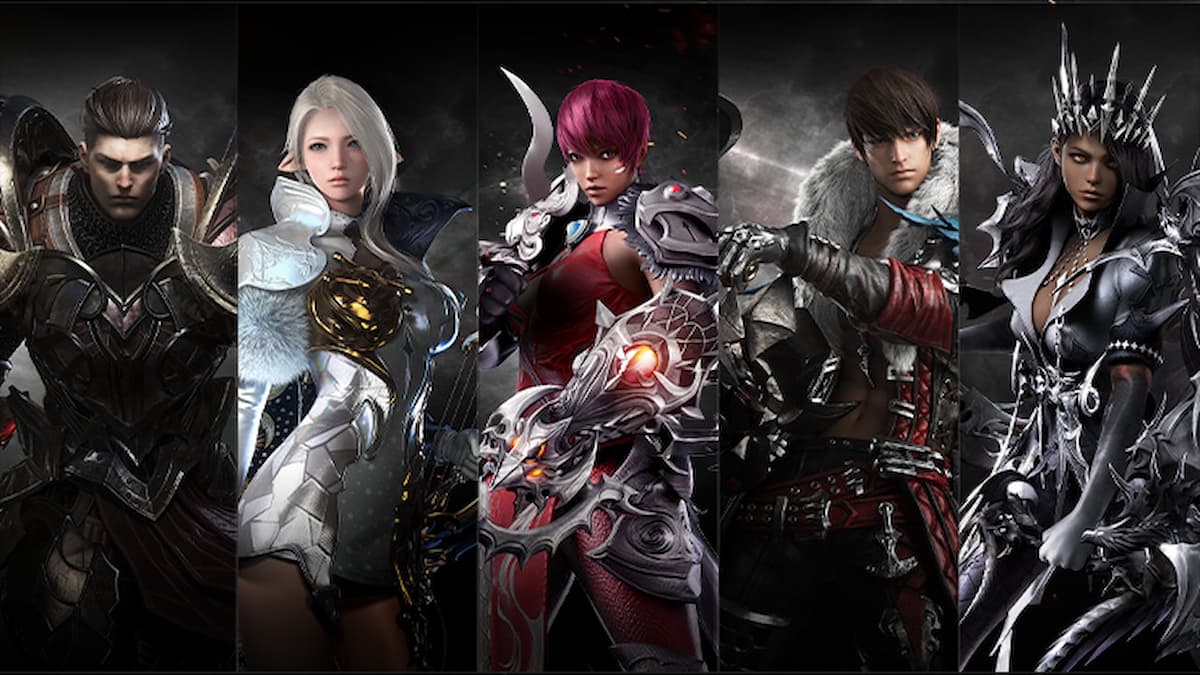 After expanding into Luterra Castle and reaching level 20, players will unlock access to the Proving Grounds, the sole location in the game providing player-versus-player content.

Here, players can create instanced duels against other players, ranging in size from one-versus-one to three-versus-three.

With no prior opportunities to fight against other players, newcomers are apt to feel lost when it comes to where their class’s strengths lie within the PvP meta. Be advised, the kits of some classes better suit the fast-paced action of the Proving Grounds better than others.

The Gunslinger presents an agile fighter with quick attacks, whose abilities and combat options can be played effectively in a variety of situations.

While Gunslinger is the only subclass choice for female Gunners, that’s not for a lack of variety — the class’s defining trait is that it can switch fluidly between firing pistols, shotguns, and rifles in the heat of combat, making use of each weapon type as necessary.

Pistols are the Gunslinger’s most reliable damage-dealing option at close range, and provide the distance-closing movement skills necessary to engage in close range fights and quickly clean up kills.

Rifles grant the Gunslinger a long-range damage option, capable of picking targets out from crowds and across arenas while keeping distance from close-range attackers. Most importantly, if a Gunslinger starts a duel at distance looking to open with a rifle shot, they can potentially stay off of their opponent’s screen for long enough to ambush them while they’re unaware.

These three weapons, when used in tandem, grant the Gunslinger control over the duel’s arena, and the freedom to decide how, and where, to engage opponents.

On the grounds of raw damage-per-second, few classes outperform the sheer numerical capacity of a Deathblade.

Specializing in speed and damage output, the subclass operates like a glass cannon when against other players. These two assets combine to allow for hit-and-run gameplay, waiting for a proper opportunity to strike and fleeing out of range of retaliation after a large damage burst.

The mobility in skills like Surprise Attack’s tier two perk, Blitz Rush’s tier one perk, and Dark Axel’s tiers one and two perks, help to both close distance on cautious opponents and beat a hasty retreat.

The high damage capabilities in Upper Slash, Moonlight Sonic, and Maelstrom can decimate enemies in seconds once they fall within range, which, as an agile Deathblade, isn’t difficult to manage.

Related: How to ping in Lost Ark

While Martial Artists are equipped with the movement skills necessary to initiate on opponents and follow up with heaps of damage, they tend to lumber around otherwise, and their ground-and-pound fighting style loses its effectiveness in a meta where competitors are equally equipped to run away.

Martial Artists might score a few free wins against opponents that are sleeping at the keyboard or have too many dash options on cooldown. They’re best used passively, hoping to bait a few missteps and wasted inputs out of their opponent before capitalizing.

Any male Gunner variant other than Deadeye

While the Deadeye’s weapon variety and speed place it nearly on par with its Gunslinger counterpart, The Artillerist is too heavy to move quickly, and the Sharpshooter cannot put out enough damage-per-second to keep it in contention with higher-tier classes.

However, in a gamemode partially dependent on positioning, having multiple long-range options for engagement is always a plus.

Both the Bard and Sorceress possess multifaceted spells that make them the ideal support characters for the rest of Lost Ark’s gameplay. Unfortunately, their sole offensive output is rather lacking, and they’re too squishy to handle themselves alone in fights against the higher tiers.

The Sorceress would get props for reasonably long-range spell capabilities, if it weren’t for these spells being particularly easy for lighter classes to dodge.

While bearing great survivability and featuring party-based support in PvE situations, the Warriors are just far too slow to close distance on more agile opponents, and don’t have many methods of avoiding damage beyond taking it on the chin.

Related: The Diablo veteran’s guide to getting into Lost Ark