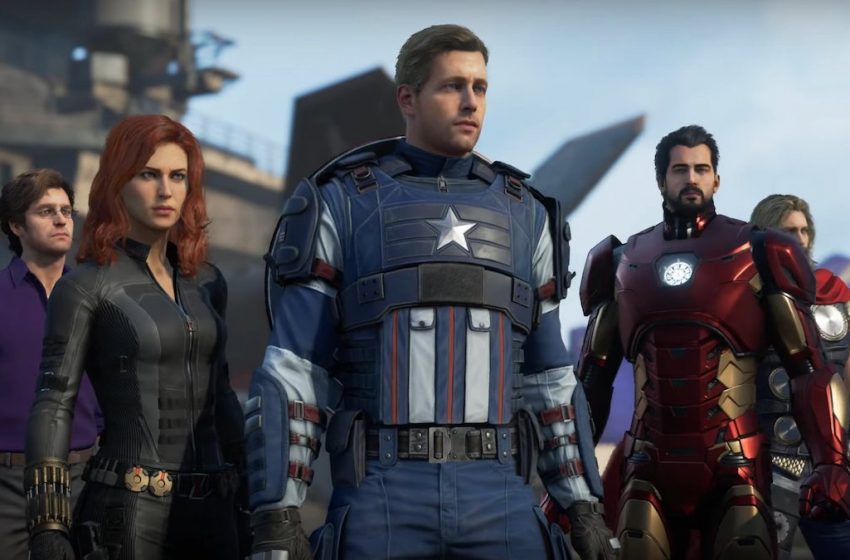 Marvel’s Avengers focuses on various characters from the Marvel universe banding together, both on the good and bad sides. While only a select amount of playable characters have been confirmed, we know the game will continually expand for the coming years with more levels, more heroes, and more villains. Here is a complete list of everyone we know in the game so far, either playable or just appearing.

Captain America is playable during the A-Day opening mission until he loses his life during those events. It would be very odd if he is not playable again at any point in the story, so expect him to be brought back to life or shown in a flashback.

Tony Stark and his trademark cocky nature are in full display, as always, with the Avengers. Following the events of A-Day, Tony could potentially be in a depressive state, at least until Kamala and Bruce bring him proof that they were set up.

The God of Thunder seemingly disappears after the events of A-Day. In the Once An Avenger gameplay trailer, we see Thor return bearing a name tag that reads “D. Blake.” This is a reference to old Marvel comics where Donald Blake was Thor’s alter ego. Since A-Day, Thor may have been trying to live a normal human life. But he will be playable in this new adventure.

We’ve not seen a ton of Black Widow gameplay yet, but we know she is playable. There are no hints to what she has been doing since A-Day so far.

Bruce Banner has been dealing with A-Day’s ramifications for years and obviously feels very remorseful for the Avengers’ hand in the catastrophe. We see him admitting the Avengers are dangerous and arguing with Tony about getting back together. Hulk is a confirmed playable character.

Kamala Khan has a significant impact on the story in Marvel’s Avengers. After learning she is an Inhuman with the ability to stretch and enlarge her body, she provides the Avengers with proof that they were set up and brings them together again to fight MODOK. She will be playable.

Related: Everything we know about Kamala Khan (Ms. Marvel) in Marvel’s Avengers

After being notably absent from the game a year after the game’s unveiling, Hawkeye will be making his way to the game post-launch. The above trailer hints at the bow gameplay the character would feature, but we have not seen actual gameplay yet and have no clue to a release date for him yet.

Spider-Man will also be coming to the game as a playable character post-launch but will be a PlayStation platform exclusive. We do not know how the character will play or what he will look like as of this writing, but we know that it will be a different Spidey than the one that appears in the PlayStation 4 Spider-Man title.

George Tarleton is one of the many victims of the Terrigen Mists that have created Inhumans. Now, with an expanded mind that allows him to control robots, he captures Inhumans promising to cure them but tortures them instead.

While no reason for him appearing has been given, we did see Abomination slam Hulk into a wall during the recent War Table stream.

Taskmaster has a significant role during A-Day events, although it has not been fully explained yet. He is known for learning and adapting to his opponents. We see Black Widow fight him one-on-one and defeat him.

Nick Fury is well known for giving the Avengers orders. It is unknown the extent of his presence in the game, but expect him to provide missions for each hero.

In the MCU, Maria Hill is known for being Nick Fury’s number-one operative. In the game, it appears she will have a big impact on factions.

Like Fury and Hill, Dugan has not had his presence fully explained in the game, but he is in the Resistance.

The first Ant-Man is present but doesn’t appear playable, at least at launch. We see Doctor Pym shrink one of MODOK’s robots with a Pym Particle Launcher and talk about his work with the Resistance at what is called the Anthill (not his choice).

We have seen Captain Marvel posters in Kamala Khan’s room, which makes sense since Carol Danvers is Kamala’s favorite hero. It will be shocking if she does not turn up at some point.

The following heroes have been hinted at in datamined files from the beta. It should be noted that these are not confirmed characters, but with references to them being in the game files, there is a chance they will make some kind of appearance in the game, whether that is a playable character or NPC is unknown at this time.

Reddit user 6plus4equals52 has revealed multiple hero references in the code of the PC beta. The first one mentioned is She-Hulk, a lawyer who received a blood transfusion from Bruce Banner, turning her into a milder version of Hulk.

Captain Marvel was also mentioned in the files of the PC beta. This further adds to the possibility of her making an appearance in the game, as mentioned above.

Kate Bishop is another character under the moniker of Hawkeye. With Clint Barton confirmed to be on the way to the game, it will be interesting to see what differences Kate brings to gameplay when compared to him if she is playable, that is.

War Machine is an Iron Man suit of armor wielded by Tony Stark’s friend James “Rhodey” Rhodes. Like Kate Bishop, it will be interesting to see how different the gameplay would be between him and Iron Man if he is playable in the future. It should be noted that War Machine uses a lot more military force than Iron Man does, so there is room for variety.