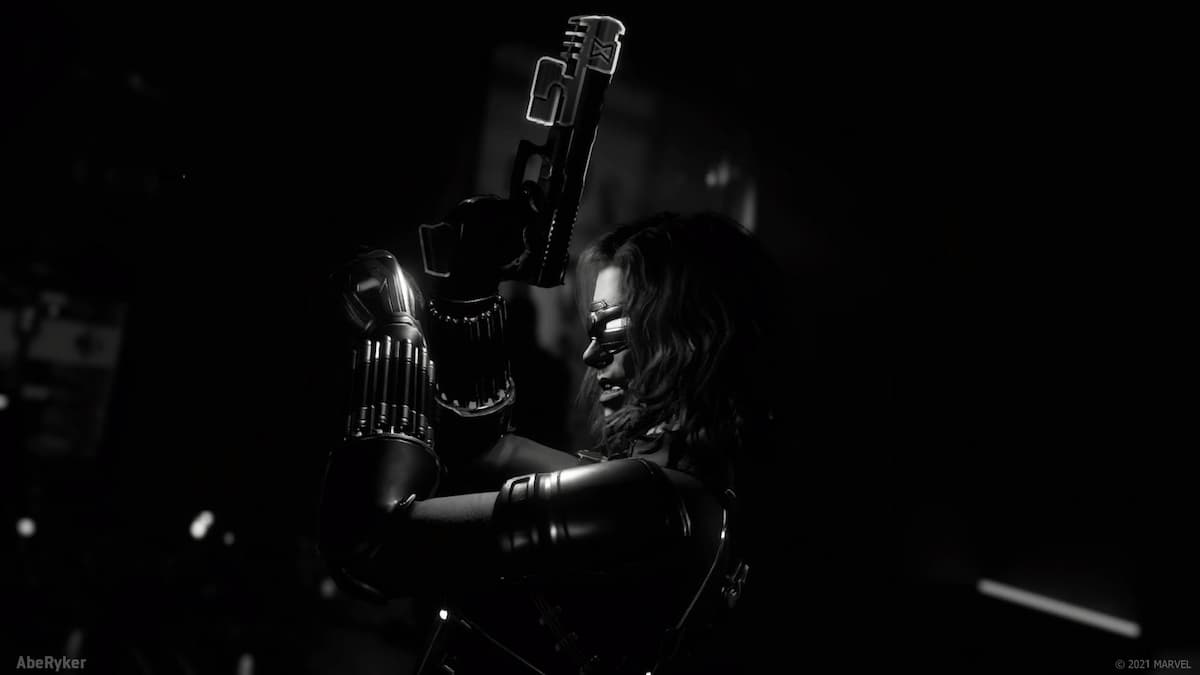 As part of the wider content roadmap for Marvel’s Avengers, the Black Widow-themed Red Room Takeover event promises to shake up the game’s HARM Rooms up a bit with some challenges, while also providing players with some killer cosmetics. It turns out that this event is being split up into two parts, the first being called Rooskaya Protocols. This part of the event introduces a number of Hero-specific Mission Chains as you uncover a mysterious computer virus that is infecting AIM Synthoids.

Each of these Mission Chains involves a specific playable Hero and either a location or mission type in the game. Overall, you will have to collect Rooskaya Protocol Chips from fallen Synthoids during battle, and Black Widow has to be a member of your strike team. You must collect 300 Rooskaya Protocol Chips in total, and this will count as an objective towards all of the below Mission Chains. Additionally, complete the following Hero or mission-specific objectives below for these Mission Chains.

Other than the mission rewards, the Marketplace also has Hero-specific nameplates for the event. Get nameplates for certain heroes during these dates:

Finally, the Black Widow Marvel Studios’ Avengers: Endgame Legendary Outfit is also on the Marketplace, the first of some MCU cosmetics to come to the game.

How long is the Rooskaya Protocols event?