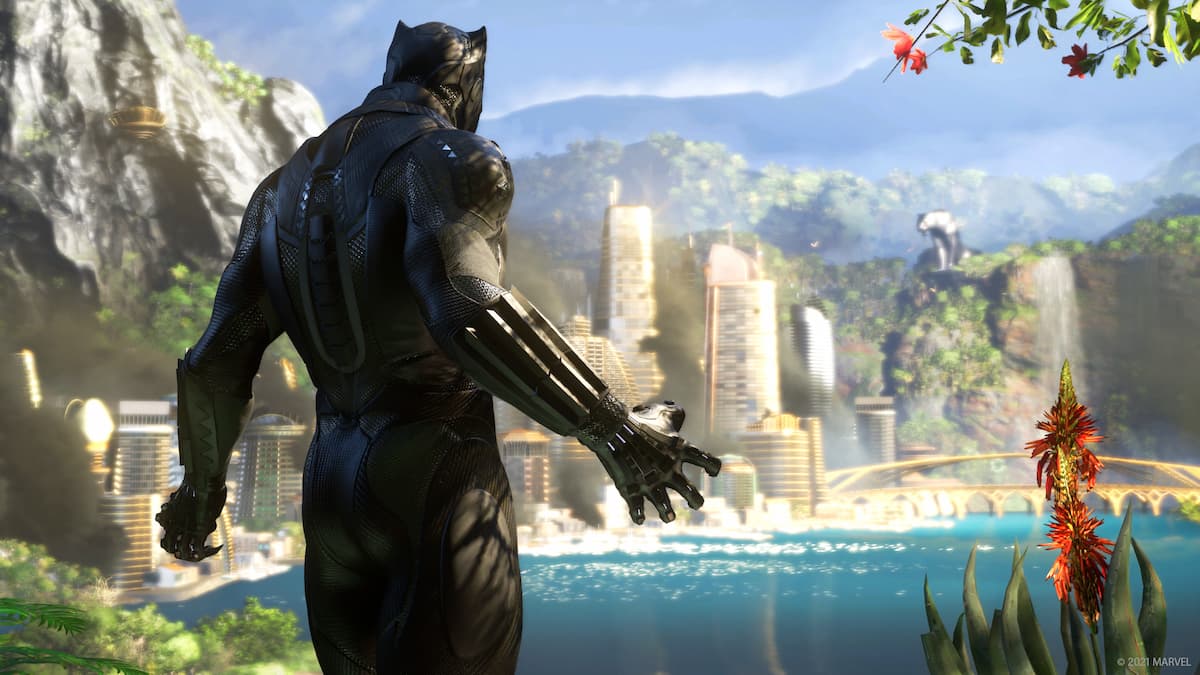 On the same day that Marvel’s Avengers released on next-generation consoles and pushed the Operation Hawkeye: Future Imperfect update, Square Enix and developer Crystal Dynamics unveiled their vision for the struggling live multiplayer game. The news came during the Square Enix Presents Spring 2021 stream and included a trailer for the Black Panther: War for Wakanda Expansion.

After showing off a trailer for the new next-gen version and gameplay of Clint Barton in action, Square Enix flashed some images of interest to Avengers players. The first showcased a proper 2021 roadmap for the game, starting with today’s update. There were also references to a Tachyon Anomaly event, which appears to allow multiple players play as the same hero; a Red Room Takeover HARM Room update; the Cosmic Cube Villain Sector; and Wasteland Patrol, seemingly a new mission type.

The presentation also showed a bit of Omega Level Threats: Cloning Labs, which will be the game’s equivalent to raids, as well as new gear and an increased power level cap of 160, the already-implemented Campaign Replay, and new Villain Sectors, one of which has you facing off Scientist Supreme Monica Rappaccini wielding the Cosmic Cube.

The War for Wakanda trailer featured the villainous Ulysses Klaw corresponding with Rappaccini as they conspire to invade Wakanda. Shortly after, the trailer shows the game’s version of T’Challa, the King of Wakanda and the Black Panther. The expansion will come later in 2021, and will include a new enemy faction, the Wakandan Jungle Biome, a new Outpost, and the aforementioned Power Level cap increase. Additionally, Crystal Dynamics is also working on post-level 50 progression, costumes and skins based on the Marvel Cinematic Universe, and multiplayer Megahives.

Crystal Dynamics already heavily implied that Black Panther would also make it to the roster, and it is public knowledge that Spider-Man will eventually be playable in the game, albeit for PlayStation owners only. The latter hero may very well be the next playable character after T’Challa.

While players wait for this incoming content, they can get their hands dirty with the new Future Imperfect storyline and familiarize themselves with Hawkeye’s abilities.