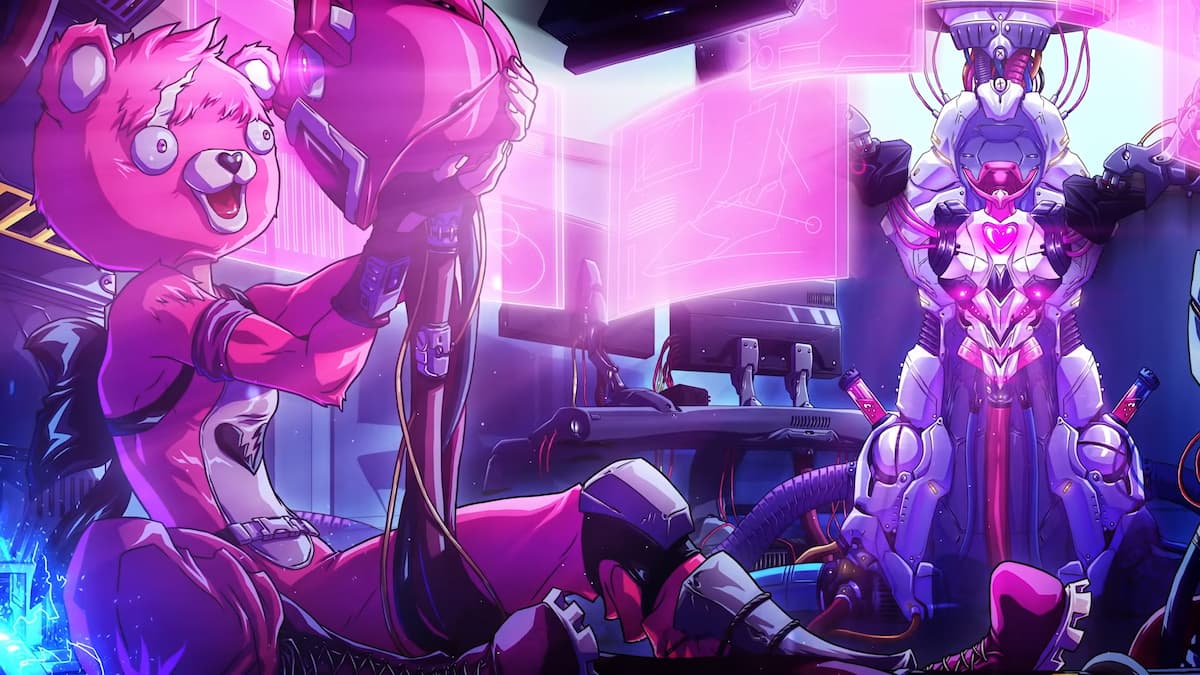 The June Fortnite Crew Pack has been revealed, putting a new spin on a popular skin. Cuddle Team Leader is now becoming Mecha Cuddle Master, and will be available to all Fortnite Crew members who are willing to pay the subscription fee for June.

And that is not all, there are plenty of other rewards to be had for Fortnite Crew members for June as well.

Cuddle Team Leader achieves her ultimate form as Mecha Cuddle Master in June 2021’s Fortnite Crew Pack. In addition to the Mecha Cuddle Master Outfit, this Pack features the sleek Psytronic Bow Back Bling, the fuel-powered Nuzzle Jet Pickaxe, and the decorative Cuddle Mech Wrap. Multiple editions of the Outfit, Back Bling, and Pickaxe were assembled: the pink default Style, the white and black Midnight Style, and the white and red Royale Style.

With the new season landing in early June, Fortnite Crew members will have instant access to the Season 7 Battle Pass. If you don’t own the Chapter 2 Season 6 Battle Pass, you’ll automatically get access to it if you subscribe while the Season is still running. If you already own the Chapter 2 Season 6 Battle Pass, a one-time 950 V-Bucks return will be applied to your account. Fortnite Crew members also receive 1000 V-Bucks each and every month.

Until June 30, 2021, at 8 PM ET, active Fortnite Crew subscribers in participating countries are eligible to claim a code to get their first three months of Spotify Premium for free! This offer can only be redeemed on a Spotify account that has never held the Premium status.