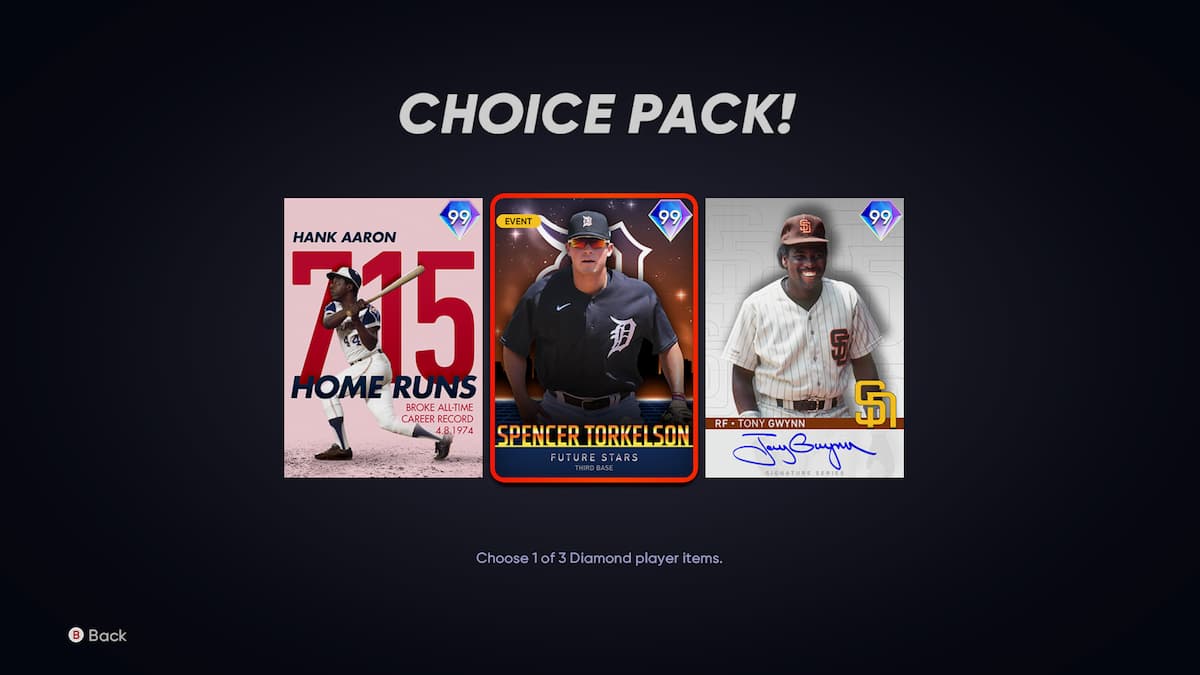 The 7th Inning Program went live on September 24, and three new bosses are now in MLB The Show 21. The three bosses are Tony Gwynn, Spencer Torkelson, and Hank Aaron. All three are 99 OVR, and each one is a hitter, making this quite the choice. Which hitter is the best, and which one should you choose? Let’s take a look at the three cards, and then we’ll go over our thoughts on each one.

Tony Gwynn is the only left-handed hitter in this bunch, as Torkelson and Aaron are both right-handed. Gwynn excels at essentially everything, with the exception of one key attribute: power. The former Padre has great speed, fielding, and contact hitting, but Gwynn’s lack of power does inhibit his potential a considerable amount. Sure, you should get a bunch of singles and doubles with Gwynn, but he shouldn’t be a middle-of-the-order bat in your lineup.

Torkelson is all about the bat, as the Tigers prospect brings the heat at the plate. “Tork” has great hitting splits, and in fact, the former #1 pick has pretty comparable stats to players like 99 OVR Vlad Guerrero Jr. and 99 OVR Chipper Jones. Couple his stats with the Parallel system in place, and Torkelson can only get better.

Lastly, let’s get to Aaron. Aaron has arguably the best hitting stats out of the bunch here, and “Hammerin” Hank’s fielding and baserunning attributes are quite solid. Hank Aaron can be a force against left-handed pitchers, and should be more than able to hold his own versus righties.

We recommend going with either Torkelson or Aaron, depending on what you need. If you need a corner infielder for your bat, go with Tork. Aaron, on the other hand, should be a solid fit for all three outfield positions, making him the ideal option for left, center, or right.