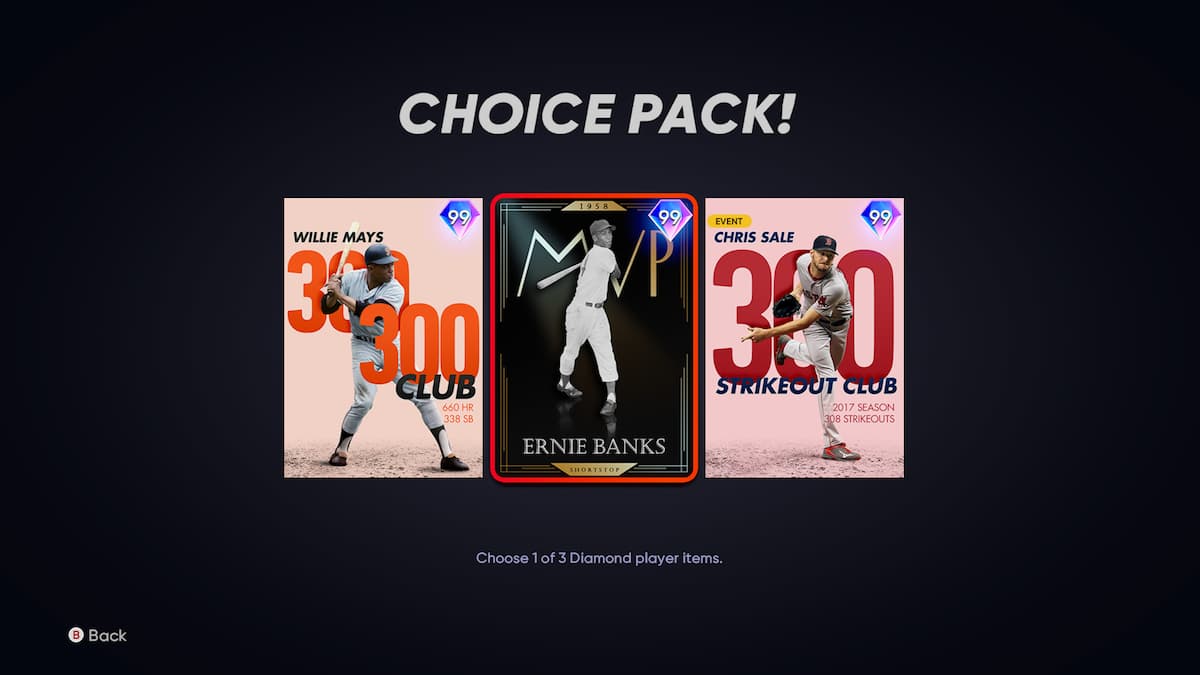 The 8th Inning Program went live on September 24, and three new bosses are now in MLB The Show 21. The three bosses are Ernie Banks, Willie Mays, and Chris Sale. All three are 99 OVR, with two of the three being position players. So, which player is the best, and which one should you choose? Let’s take a look at the three cards, and then we’ll go over our thoughts on each one.

On the surface, this might be a tough decision. Ernie Banks has solid all-around hitting stats, as well as great defense at shortstop. However, Banks’ swing and batting stance can make it very difficult to use “Mr. Cub” effectively. Add that along with the fact that there are other really good shortstops outside of Banks, including ASG Trea Turner, Future Star Wander Franco, and Prime Honus Wagner, and this item is a tough sell.

Mays, on the other hand, is the prototypical five-tool player. The “Say Hey Kid” has fantastic hitting, fielding, and running attributes. But much like with Banks, Mays has a tough swing to master. Mays does have the kind of stats that you would want out of a center fielder, so that has to be taken into consideration. However, this card might be tough to work with, unless you’ve used Mays in MLB recently.

Let’s move on to Sale, who has an incredible K/9 stat, and it can actually be maxed out thanks to the parallel system. No, Chris Sale doesn’t have the best H/9, but his velocity is fine, and the lefty hurler’s deception could be lethal in many circumstances. This is especially true should you be a solid player that can make it to Division or Championship Series rank.

This is a tough choice, but we will lean towards Sale. There are not many dominant left-handed pitchers in the meta-game right now, with most of the big names (deGrom, F. Hernandez, Verlander) being right-handed starters. Mays, however, could be a nice addition should you need a right-handed bat that can do it all.