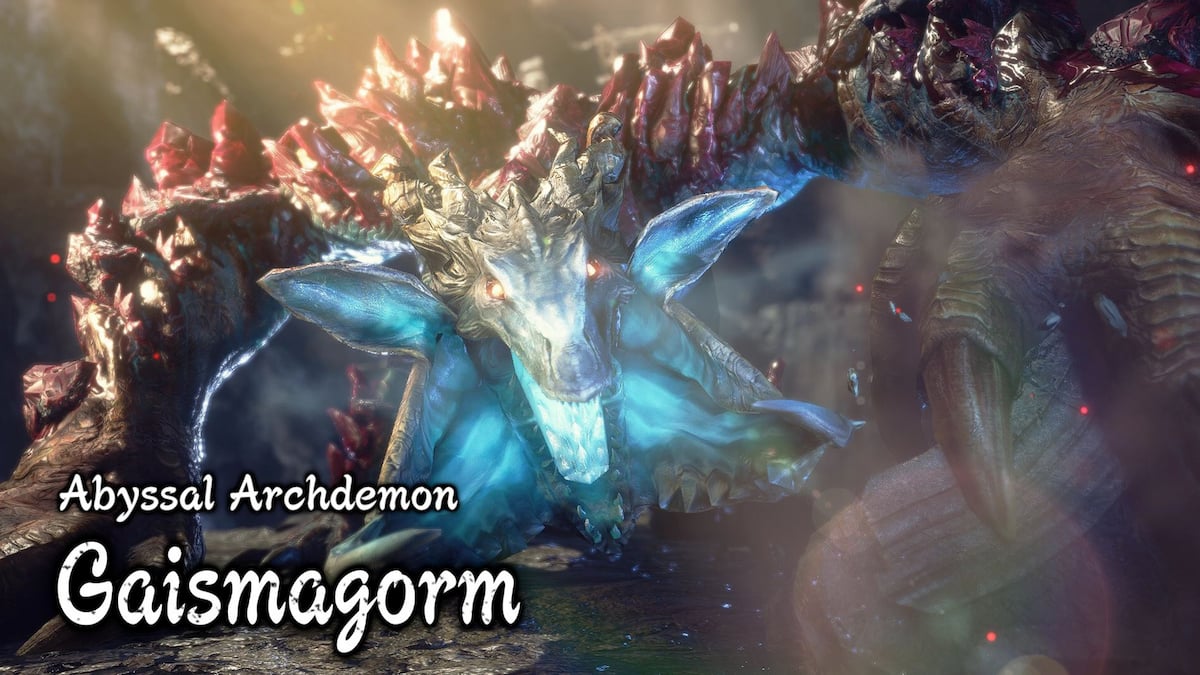 Gaismagorm, the final boss of the story campaign in Monster Hunter Rise: Sunbreak, is a massive Elder Dragon whose presence could herald the end of the world. You join Dame Fiorayne in the first MR6 quest of your playthrough, and you’re tasked with taking the thing down. It’s a tough fight, so be prepared to cart at least once, as even endgame-equipped hunters can be two-shot by its attacks. This guide will cover Gaismagorm’s weaknesses, resistances, and rewards, so you know what you’re in for and what you’ll get out of the fight.

Befitting its status as the final challenge in the Sunbreak story, Gaismagorm isn’t weak to much. It’s completely immune to the Poison, Stun, Paralysis, Sleep, and Exhaust statuses. You can afflict it with the various elemental blights — Fire, Water, Thunder, and Ice — but these are only moderately effective. The best ailment to apply to Gaismagorm is Blast, but the monster will build up resistance to the status the more you use it, and the damage from it isn’t stellar.

Gaismagorm’s primary elemental weakness is Dragon element, and it’s resistant to Water and Ice, so bring along the Calamitous Axe or whatever high-rarity Dragon elemental weapon you have in your arsenal. Below are its other vulnerabilities and resistances.

The Gaismagorm weapons all require you have an Abyssal Dragonsphire, the rarest drop it has. The same is true if you want to make its waist armor, the Archfiend Armor Ura. Thanks to the Chain Crit Skill being so powerful on weapons like the Switch Axe, Dual Blades, Longsword, and other fast-hitting weapons, you will want at least the waist armor for builds with those weapons. You’re liable to fight Gaismagorm at least a few times to get the two Dragonsphires you’ll need, and you’ll also have plenty of the rest of the listed materials.