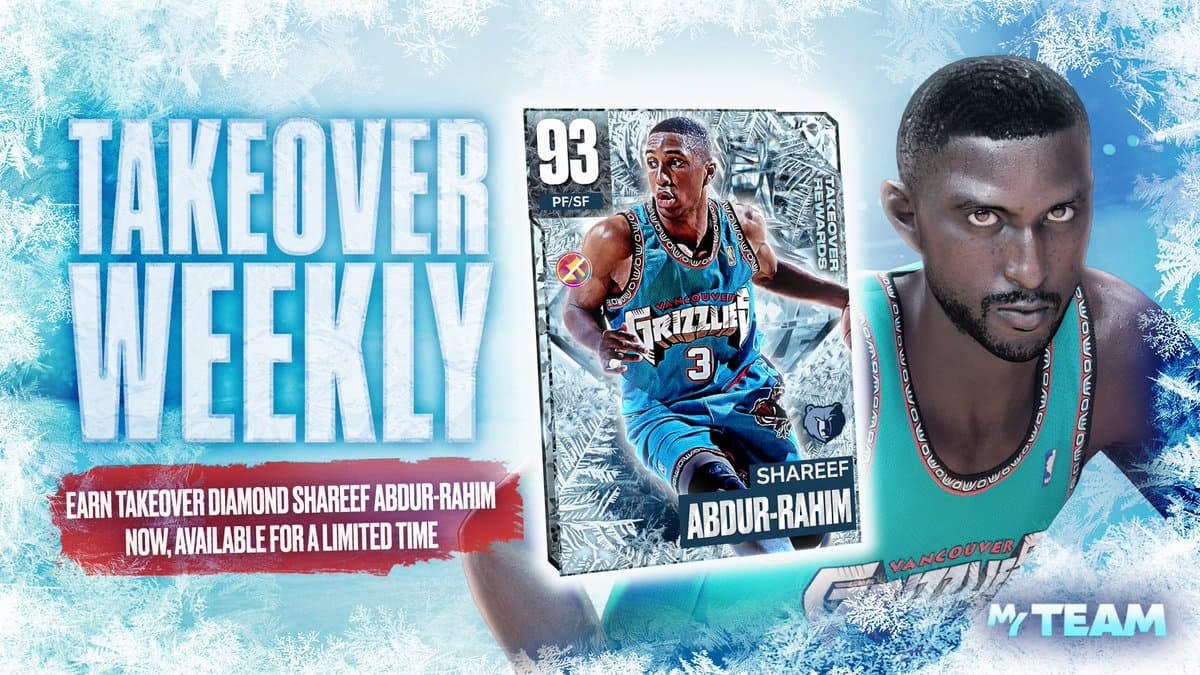 On December 6, 2K released new Agendas challenges in MyTeam. One of those included a Takeover challenge, which features former Grizzly Shareef Abdur-Rahim. A new 93 OVR Takeover card of Abdur-Rahim is available for a limited time in MyTeam, and here’s how you can obtain it.

How to get Takeover Abdur-Rahim in MyTeam

In order to get the Takeover Shareef Abdur-Rahim in MyTeam, players must complete six separate Agendas. These Agendas include objectives that need to be completed in one of MyTeam’s various online or offline modes.

This challenge does mainly require Grizzlies players, so players like Ja Morant, Glitched Ziaire Williams, and Bryant Reeves can help towards the markers for the two Grizzlies-themed challenges. Also, make sure to have a good point guard and good big men in general for this challenge. Accruing six blocks and 50 points with a PF in a game won’t be easy.

Upon completing the six challenges, players will then receive the 93 OVR Takeover Shareef Abdur-Rahim. This card will leave the MyTeam Agendas on December 13.