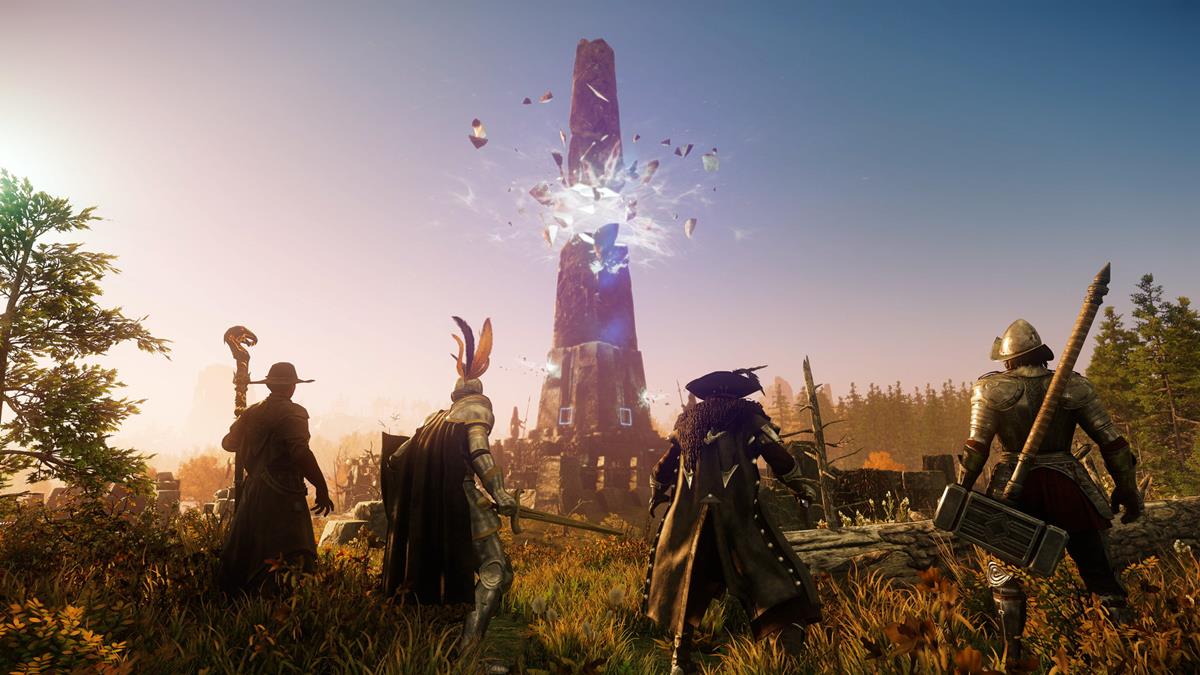 Sure, you can explore New World as is with all the drops you’ve acquired, as well as the stuff that you’ve crafted. However, you can also go out and adventure in style. Here’s our guide to help you with the best cosmetics in New World.

Amazon Games has confirmed that New World will have an in-game store that sells cosmetic items. According to the studio, some outfits will be visually on par with endgame gear. That means you can expect to look snazzy and cool while you’re roaming the wilds of Aeternum. These are mostly just for fluff and aesthetics, so don’t expect distinct advantages while playing.

In any case, you can expect the following types of cosmetics to be available once New World launches on September 28:

As for what can be considered the best cosmetics in New World, well, we can’t judge the ones that are yet to be added once the game releases. However, there are a select few that were already made available during the beta stages. Because a couple of these cosmetics can no longer be obtained normally, we can consider these as the rarest ones in the game.

For the most part, these cosmetics came from Twitch Drops (we’ll explain more in a while). Examples of these include the Golden Rage armor skin, which could only be obtained during the closed beta. There’s also the Verdant Trapper armor skin (seen above), which fans were able to get by watching New World presentations and streamers during Gamescom 2021. We feel that the Verdant Trapper skin adds to immersion especially if you’re hunting animals or chopping down trees.

Finally, those who obtain the Deluxe Edition of the game will receive the Woodsman armor skin, Woodsman hatchet skin, Mastiff house pet, and Rock/Papers/Scissors emote set. Meanwhile, players who pre-purchase any edition prior to the game’s launch will receive various goodies, including the Fist Bump emote and Guild crest set.

As mentioned, you could get the Vinespun weapon skin as a drop while watching certain Twitch streamers. Also, considering how New World had several pre-launch events, we can expect that there will be more in due course.