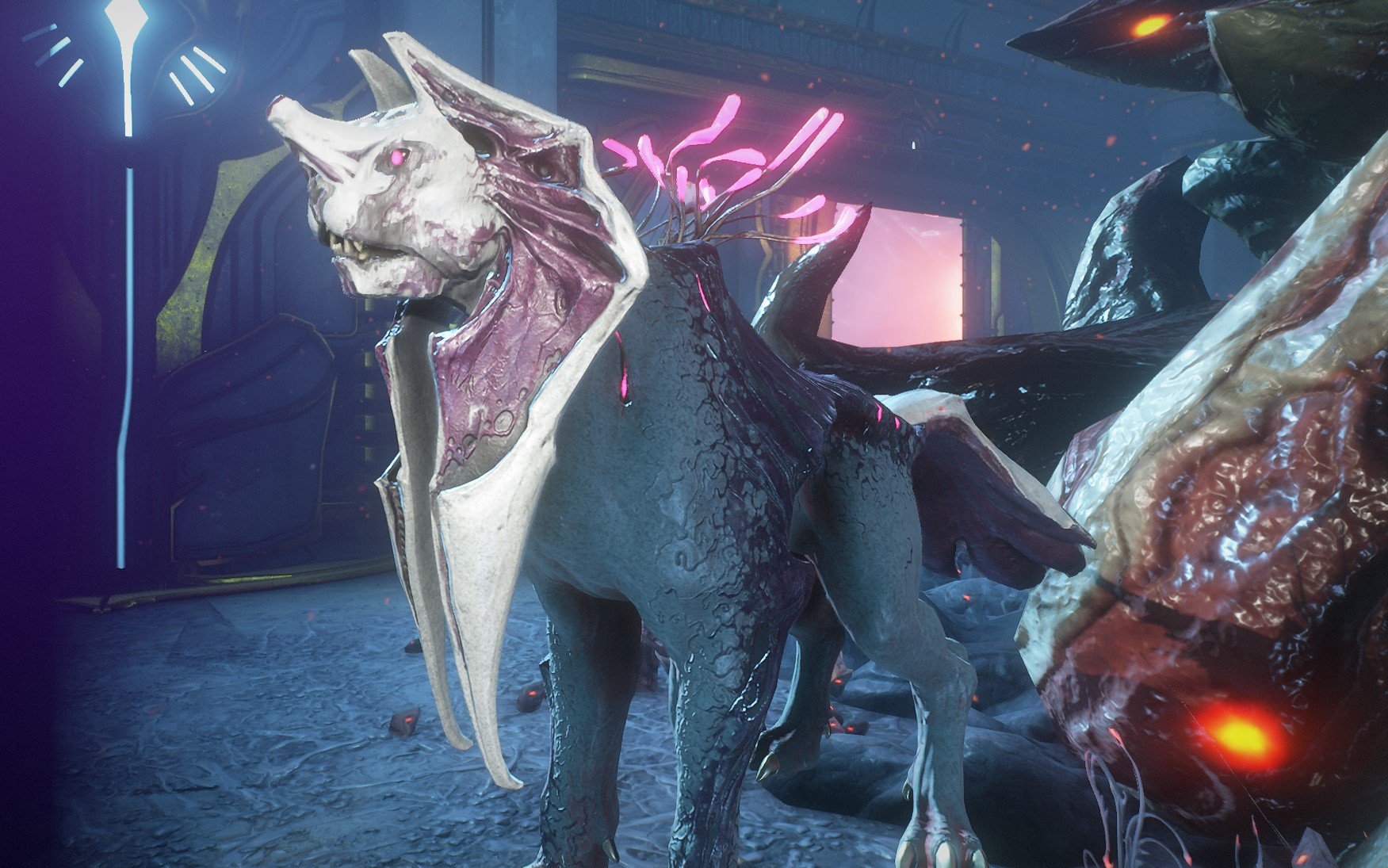 Predasite Revivification is the process of creating your own pet in Warframe. These animals can accompany you in missions and will have various abilities depending on how they are made. It was introduced to Warframe with the Heart of Deimos update.

All Predasite Revivification options are handled by Son, who can be found in the Necralisk on Deimos. Predasites can be named, gilded, and modded the same as any other Sentinel or companion in the game.

What you need for Predasite Revivification

You will need three different components for Predasite revivification.

You can find Predasites wandering around on the Cambion Drift open-world area. If you search near the edges of the map you can find them traveling in packs, often fighting Infested creatures. You can use a Tranq Rifle to put them to sleep, then interact with them to have Son send out a robot and whisk them away. To get a Predasite for revivification, you need to capture the weakened form, that is to say, a Predasite that has taken damage. It is a good idea to hunt these with a Warframe that can go invisible, as they will try to run if they see you, causing them to despawn. If you are invisible you can follow them until they take damage, then tranq them with your rifle.

You can also use Predasite Lures that you can buy from Son and a Predasite Pheromone Gland. The lures allow you to track special points on the map (marked in blue) where animals have left trails. These can be followed to nests, and the lures can be used to summon a Predasite. If you use the Pheromone gland just before using the lure, it will increase the rarity of the Predasite that appears. The only bad thing about this method is you will need the animal to become weakened through combat for it to count as one of your subspecies acquisitions, otherwise it will be another Tag you can trade for Son Tokens.

There are three different subspecies, all different rarities, and they will offer different abilities:

Mutagens are used when creating the Predasite to impact how it looks, and the resistance type that it will have. All of them are available from Son for different amounts of Standing, at different ranks with the Entrati. You can find them under the Browse Wares option.

Once again, Antigens can be obtained from Son at different levels, for different amounts of Standing. Antigens will impact the appearance of your Predasite’s head, and the polarity of the singular polarized mod slot they will have.

Mutagens and Antigens both need to be built in the Foundry, and each one will have its own recipe of assorted resources that are found by playing on the Cambion Drift.

How to make a Predasite

When you have the subspecies, Antigen, and Mutagen that you want, you can visit Son in the Necalisk and choose the Predasite Revivification option. You can then pick the three items you wish to use from the corresponding slots. It is possible to pick options you don’t own if you wish to see the resultant Predasite and its stats. If you are happy with the result, you can hit build. It will cost 5000 Credits to build the Predasite.

Ranking and Gilding the Predasite

You will need to full rank up and Gild the Predasite before you can take any of the following actions:

To Gild a Predasite you will need to get it to rank 30 by using it in missions and earning experience with it. Then you can return to Son and select the Experimental Procedures options. Choose Gild to fully activate the Predasite. This will cost 10 Son Tokens and 5000 Standing and will reset the Predasite’s rank to zero. The advantage to Gilding is that the Predasite will get increase stats, and can take all of the above-listed actions.