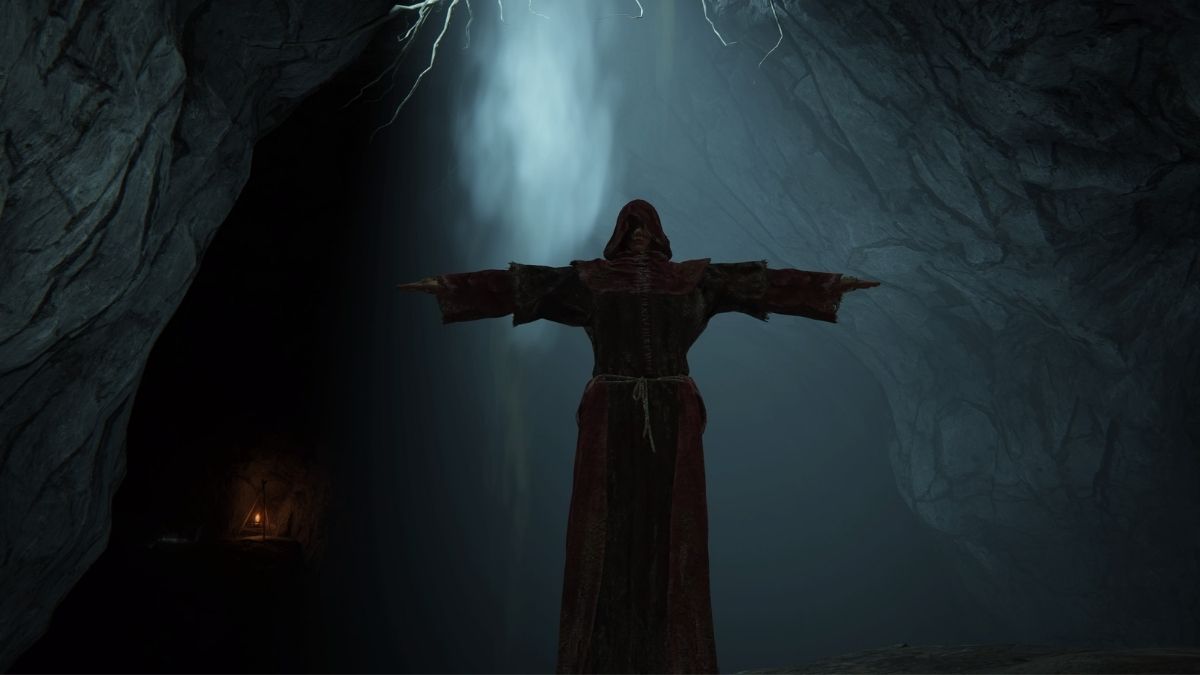 Making it into the late-game of Elden Ring comes with its perks: the low-level mobs outside of Godrick’s Keep don’t kill you in two hits, all the Sites of Grace are open to warp to, and sorcerers who make it this far will more than likely have found a Primeval Sorcery or two.

Primeval Sorceries are a grouping of three sorceries that all deal devastating amounts of damage, scale off of Intelligence, and are given to the player by NPCs or in relation to certain events later in-game.

First off we have Comet Azur, a massive projectile spell that drops a lump of space rock on whatever may be in its caster’s way. Aside from requiring 60 Intelligence, Comet Axure is found past the Hermit Village on Mt. Gelmir, and is given to the player by the Primeval Sorcerer Azur who is near the Site of Grace just past the cabin.

Next is the Founding Rain of Stars which is an AoE Sorcery that summons a cloud that rains down bolts of damage for a period of time. Casting Founding Rain of Stars requires 52 Intelligence and that players head for Heretical Rise on the Mountaintops of the Giants to find an invisible bridge to the tower from the other side of the ravine.

Lastly is Stars of Ruin, a projectile sorcery that shoots 12 star beams at its target and requires 43 Intelligence to cast. To get Stars of Ruin players will have to first get the Sellian Sealbreaker through Sorceress Sellen’s questline, and then head for Sellia Hideaway to lift the arcane ward in the second pit where Master Lusat will give them the sorcery.