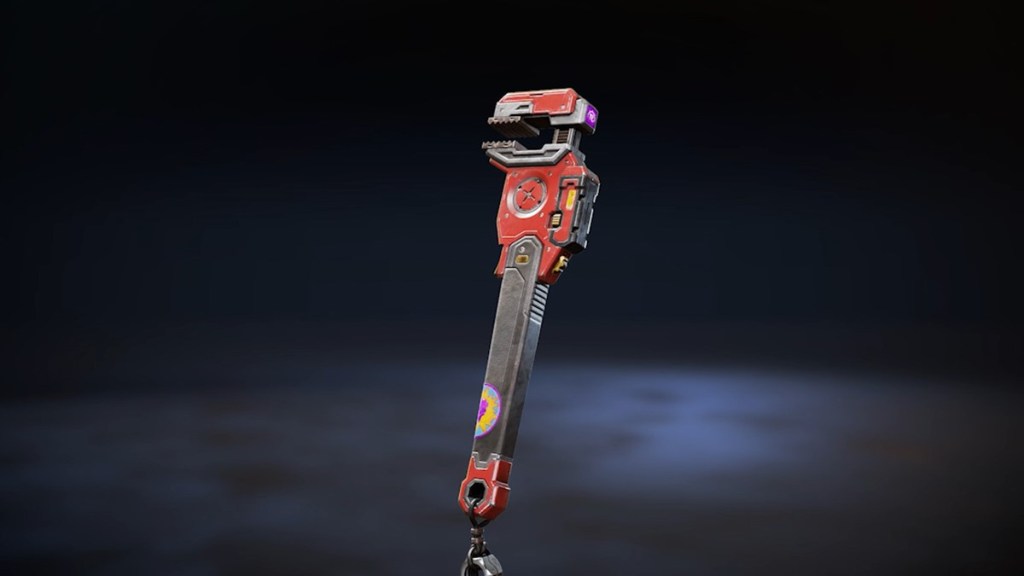 The Heirloom Melee Weapon in Season 10’s first major event in Apex Legends is for none other than our rambunctious, crude and excitable young gun: Ramya “Rampart” Parekh. This was a fitting choice, due to the fact the entire Evolution Collection Event is Rampart’s event. She has two different in-game takeovers, one in Battle Royale, and one in Arenas, and there is no better way to top that off than by giving her the Heirloom too.

The Heirloom itself is called the Problem Solver, and it is a half wrench, half pink bubblegum dispenser. This Heirloom is perfect for our messy maulin’, bubble blowin’ little maniac. She even has an animation wear she pops the bubblegum in her mouth.

The wrench is red, light gray, and dark gray in color, and has a small purple and white Rampart “R” logo at the top of it. There is also a magenta, yellow and cyan detailing towards the bottom.

A very early model of Rampart’s Heirloom had been found in data mined files before even Revenant’s Heirloom was released, so avid players following online leaks for Apex Legends knew it was coming eventually. Well, here it is. And it’s a whole lot of fun.