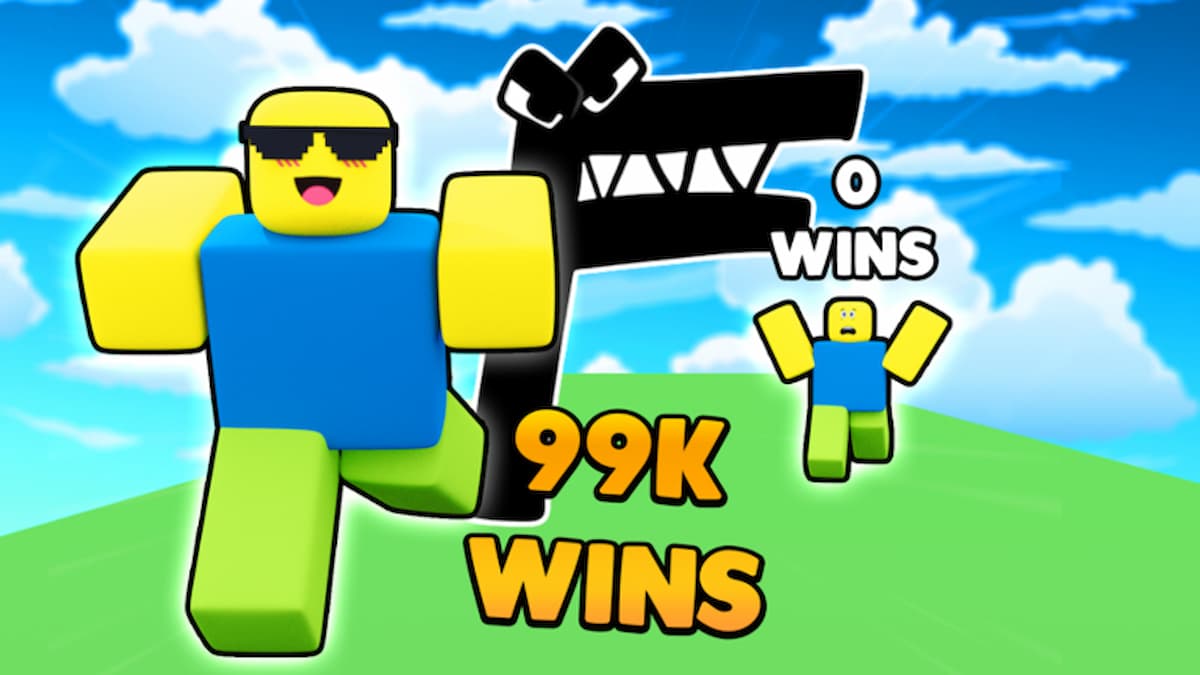 Racing games on Roblox often rely on players either being very good at platforming sections or being able to click very fast. Roblox Alphabet Lore Race is the latter, challenging players to reach the end of the course within two minutes while avoiding monsters and outrunning their opponents. It is a tried and tested formula on the platform but is executed well in this experience.

Winning will bank players a number of Wins, which can be used to buy new pets, which give an increase in speed, or upgrades to your character. If you are looking for a leg up in your racing career, you can also redeem codes to get your first Wins in the bank. Similar to games like Roblox Fly Race, these codes offer new players the chance to compete against established pros.

Here are all the Roblox Alphabet Race Lore codes that are currently working.

These Roblox Alphabet Lore Race codes have expired and are no longer valid.

How to redeem codes in Alphabet Lore Race

It is straightforward to redeem codes in Roblox Alphabet Lore Race. Just follow these simple steps:

How can you get more Roblox Alphabet Lore Race codes?

Most Roblox developers use codes as a way of promoting their game, usually to celebrate hitting certain milestones or when new content is released. So far, the developers of Alphabet Lore Race have put new codes directly into the description of the game, but it might be useful to also follow them on Twitter or join the Crazay Studios Discord Server to stay aware of upcoming codes.

Most codes are only released for a limited amount of time and will expire without any warning from the developer. In that case, the code just might not be valid anymore. If you’re sure the code should work, then take care when copying and pasting it into the text box shown above. It is easy to copy a blank space at the end of a code, which will cause it to come up as invalid.

How to get more Clicks in Roblox Alphabet Lore Race

Each race in this Roblox experience begins with rapidly clicking on the screen to rack up as many clicks as possible before the race begins. After this window, the speed your character runs is determined by how many clicks you managed to get. To get more clicks, you will need to pay for an auto-click feature from the game’s shop. Note that these will cost Robux, which can only be purchased with real money. If you want to increase your speed without paying for it, you’ll need to spend your Wins on new pets and upgrades.

What is Roblox Alphabet Lore Race?

Roblox Alphabet Lore Race is a clicker racing game that puts players on a straight tack to see how far they can make it each time. Increasing your base speed is the key to victory in this experience, which can be done by purchasing pets in the game’s shop. The further you make it on the track, the more Wins you’ll receive at the end of it, which can be spent on upgrading your pets.