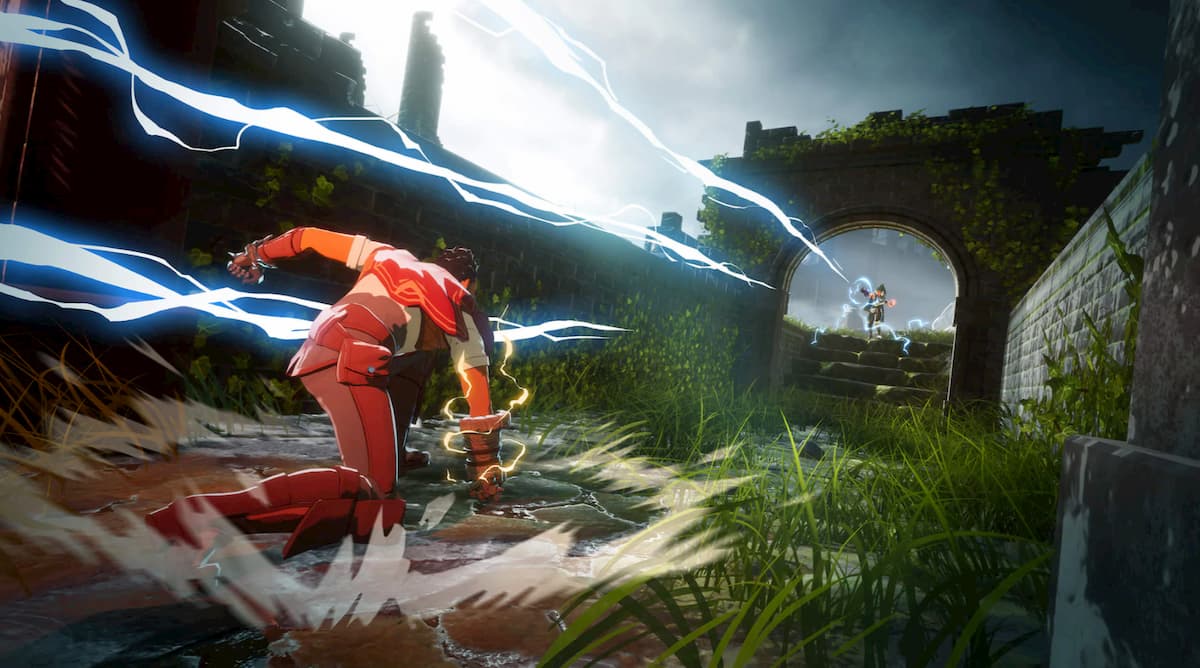 Spellbreak, the mage battle royale, has a ton of different elements to consider when you’re looking to create the perfect build, both in-game and out. Aside from which spells you take, you’re going to need to work with the best Talents, passive perks, and Runes. Here are a few tips and tricks for finding success in Spellbreak.

At the beginning of each game of Spellbreak, along with the class that you pick, you also have the choice of three different talents: Mind, Body, and Soul. Each Talent category has different Talents depending on how you want to play. Not all Talents are made equal, and there are a select few which rise above the rest to help make the best Talent trio in the game.

The best Mind Talent is Harmony. Unlocked by reaching level 6 as a Toxicologist, Harmony makes the player immune to Slow, Frozen, and Shock effects. It also reduces incoming damage by 5%/7%/10%/15% based on each level of the Talent. Negating the crowd control effects is a massive advantage to players who are looking to trap you in these spells like Lighitng Strike, the Toxic Puddles left by Toxic Spray, and the Flash Freeze freezing effect. Sprinkle on some damage resistance and you have a Mind Talent that can’t be beaten.

The best Body Talent is Scavenging. This Talent is for players who seek out a fight. With Savenging, every time you exile an opponent you restore 25/30/35/50 Health and Armor. This is a massive advantage to have, especially with how frequently players are “Third Partied.” Having a boost in health and armor is exactly what you need to stay in the game and ensure that after you take down an enemy, you aren’t taken down yourself.

If you’re a team player, the Soul Talent that you’re going to want to pick up is Thirsty. At rank 3 of Toxicologist you’ll unlock Thirsty, which increases Potion and Shard consume speed by +50/60/75/100% based on the level. Not only does it increase the speed you use them, Potions and Shards affect nearby teammates for 50% (within 15m). Having a group heal session after a hard battle, or having a speedy recovery in the middle of a fight can turn the tide of any match. Whether it’s Solos, Duos, or Squads, Thirsty can work in any game mode.

Use the best Runes to your advantage

Talents can only go so far, but Runes found throughout the map can really change the outcome of any fight. The best Runes are the ones that grant the most mobility.

Flight is the best Rune by far. This gives you the most mobility allowing you to quickly engage or disengage from fights. It can also be used to shoot yourself straight into the air to get the positional advantage and look down on your foes.

Teleportation is a close second to flight with similar engagement capabilities. The difference is that it is mostly a horizontal movement Rune but it is still possible to get on to tall structures. Teleportation is also a great way to maneuver behind your enemies and catch them by surprise with a Teleportation fakeout.

Featherfall, which sends you straight into the air, gives you the aerial advantage. While in the sky, take a look at your surroundings to spot out any enemies or come crashing down on foes you are already fighting. Taking flight can be dangerous especially around Conduits and Frostborn, who have long-range, accurate abilities.

Wolf’s Blood is a hunter’s ability. For players who want to seek out enemies, this is the ability for you. This shows all enemies in a limited area and gives +4 speed boost. Using this in conjunction with a team is a solid move, but otherwise you are left immobile compared to a player using flight. Use this Rune only in a team setting or if there are no other Runes available.

Invisibility is a useful ability only with one Class, the Toxicologist. With the use of Outbreak, which increases Toxic Spray damage by 75% while invisible, this is a fearsome combination to face off with. As the Toxicologist use Invisibility to sneak up on your enemies and burst them down with a surprise attack. Otherwise, this ability doesn’t provide enough mobility or tactical advantage as players are still slightly visible, while ‘invisible’.

Springstep and Dash are the worst Runes in the game. If you have the choice between a Legendary Dash or Springstep and a common flight, choose the flight on every occasion. The movement given with both of these abilities is never enough to make a decent escape or engagement especially compared to the cooldown time given.