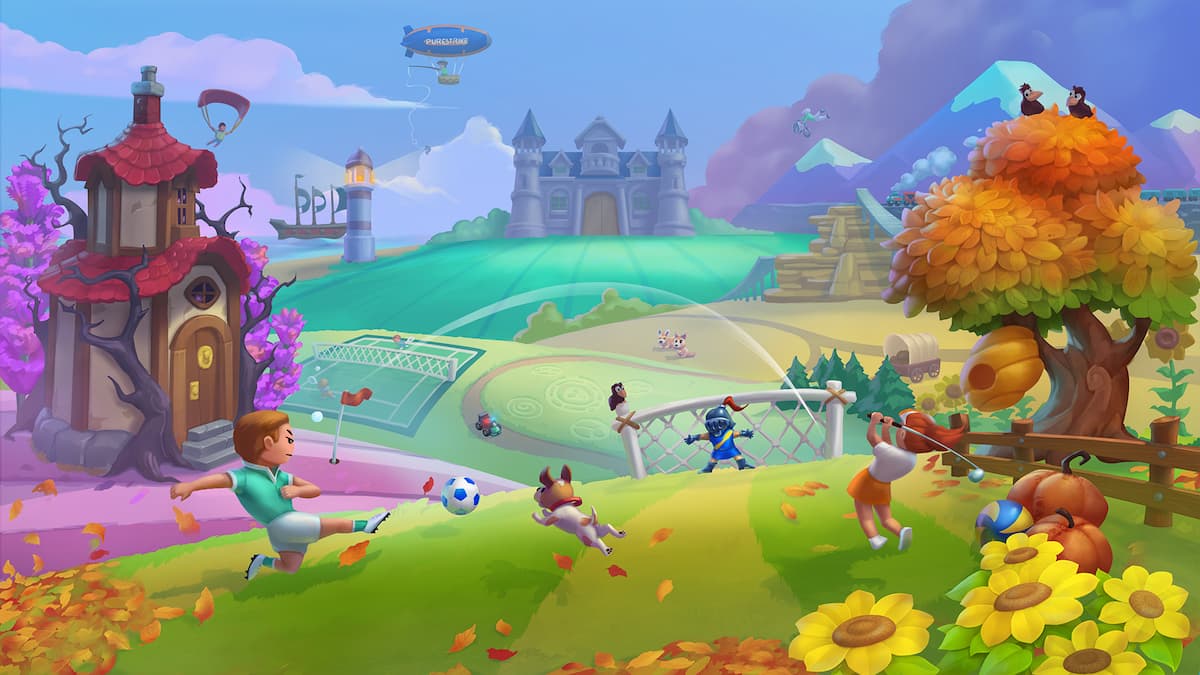 With a wide variety of different sports to master, Sports Story has a few more challenges to contend with than Golf Story. That said, these other sports won’t be too prominent until you get a bit further into the story. There are a few best practices, though, when it comes to getting through the early parts of the game without too many hiccups.

Get in the swing of things

Although Sports Story makes a point of expanding beyond Golf Story‘s club-based roots, the core of many of its activities still involves driving and putting things around the world. Even if you’d rather be playing volleyball, you’ll need to know at least the basics of the game’s golfing mechanics if you want to get very far. First, you need to make sure your shot is lined up by using the left stick to adjust distance and accuracy while accounting for things like wind and uneven ground.

Before you take the shot, though, be sure to consider adjusting the angle of your shot with the right stick. Hitting the ball on the bottom will loft it higher into the air, making it travel less distance after hitting the ground and sail over obstacles while leaving it more vulnerable to getting caught in the wind. Hitting it on the top will keep it low, allowing it to cut through unfavorable weather conditions and giving it more run on the ground while making the shot less accurate and even unviable if you’re trying to aim between nearby hazards.

The act of hitting the ball is fairly straightforward, with your goal being to press the A button when the moving slider is in the two marked locations. Just note that the leftmost target controls your power, while the rightmost controls your accuracy. Thus, in some situations, it may be better to focus more on hitting one or the other.

Keep an eye out for items

Although important quest items are usually easy to find on your path through the game, it’s also worth taking a little time to check new areas for valuable extra items. These are usually things like money and special balls, and your best bets for tracking them down are things like trash cans, plant pots, and drawers. The rewards might not be required, but they just might give you an edge in key situations.

Most new areas you visit will have a shop of some sort. They may be large clubhouses selling gear or upgrades, or they might just be small stalls selling a handful of more specialized items. Whatever the case, it’s usually a good idea to check the stock in these shops as soon as you come across them, even if you aren’t in the market for anything in particular. Mainly, this gives you an idea of what gear you have to work toward, as well as how much pocket change you’ll have to scrape together before you can buy what you want. Just as importantly, though, these shops sometimes stock items that are critical for you to progress your story, and knowing this ahead of time will make your job much easier.

Don’t be afraid to take a winding path

Your main objective at any point in Sports Story tends to be a pretty simple task on its face, but completing them is rarely as simple as it might seem at first. This can take a while to get used to, but the trick is not to get hung up trying to complete your main objective directly from start to finish. If you get stuck, instead try checking with nearby NPCs to see if they have a different task for you to complete. It may seem unrelated, but more often than not these supposed side quests find a way to wind back into your main objective, allowing you to progress the story.