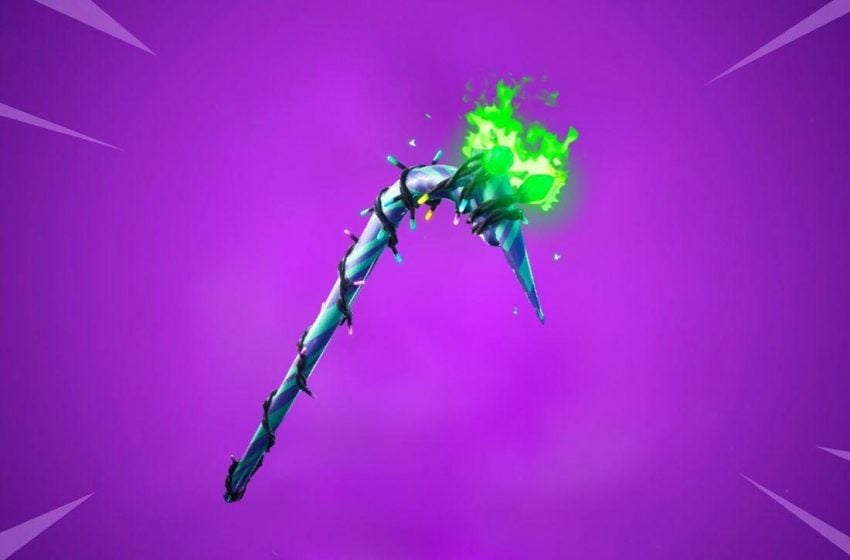 The Harvesting Tool, or Pickaxe as it’s commonly referred to, is one of the earliest cosmetic items in Fortnite. Since the battle royale’s 2017 release, hundreds of Pickaxe skins are made available to purchase or earn. Some come from the way of a season’s Battle Pass, and others are bought from the Item Shop or through various bundles. With so many skins released, there are bound to be some that stand out from the rest. Today, we’ll be listing what we believe to be the ten best Pickaxe skins in Fortnite as of March 2021.

Throwing it back to one of the very first Pickaxe skins to start our list, Reaper is a classic. Originally released on Halloween of 2017, Reaper was instantly a fan-favorite thanks to its simplistic design and pleasing harvesting sound. For a while, it was considered an extremely rare skin in Fortnite due to Epic Games not re-releasing it in the Item Shop. However, that changed when the developers made Reaper and the elusive Ghost Trooper skins available again.

Another throwback Pickaxe, Trusty No. 2, could also be considered one of the rarest Pickaxe skins in Fortnite. The pencil Harvesting Tool was released with the Chapter 1 – Season 3 Battle Pass as Tier 79. Back in Season 3, this was a hard tier to get to since there weren’t as many ways to earn Battle Pass XP. You simply had to grind Fortnite for hours and hours or purchase tiers until you reached Tier 79. However, it was well worth it since Trusty No. 2 is a great minimalist Pickaxe.

For many of us, Fortnite is a game that’s all about dressing up our characters in outlandish outfits. There aren’t many harvesting tools more ridiculous than the Plunja. It’s a katana embedding into a plunger, after all. The skin first came out in early 2018, and it consistently rotates through the item shop. Bitemark is another great, dumb skin if you’d rather use a dinosaur head to break down materials.

The Harley Hitter was released as part of the Gotham City set back in Chapter 2 Season 1. This one mostly comes down to the sound the wooden bat makes as you swing it. It reminds us of a summer’s day playing baseball with our pals. Except in this instance, you’re trying to hit someone’s face instead of a little white ball. Seems like a good time to us.

There’s something about how clean the Driver skin is that makes it one of our favorites. Sure, other skins are much flashier and bring that pizzaz, but the idea of teeing off into an enemy’s face with a golf club is just too perfect.

The Psi-blade was released alongside the X-Force set in Chapter 2 Season 2. Unlike most of the other harvesting tools on the list, this pickaxe is a one-handed affair. And, while there are several awesome Marvel options, this one is our favorite. Psylocke might not be the most popular Marvel character, but she has the best pickaxe skin in Fortnite.

Many likely expected us to have the Skull Sickle on this list, and rightfully so. Not only does that classic pickaxe look incredible, but it sounds great too. However, the oozing Chaos Scythe nudges it off our top 10 list. Released in 2019, the Chaos Scythe was part of the Final Reckoning set from Chapter 2 Season 1.

Rey’s Quarterstaff was released as part of The New Trilogy set back in 2019. It takes Rey’s iconic weapon and makes it into a versatile tool. And, while the staff best fits with Star Wars-themed items, it’s simple enough that you can incorporate it into any look you want. That kind of flexibility in design makes it a great option for anyone looking to spruce up their outfit.

To some, Epic Games simply designed better skins during the early days of Fortnite. Candy Axe was released around Christmas time in 2017, and it still holds up today as one of the game’s top Pickaxe skins. The blinking holiday lights mixed with the candy cane offer visual appeal when running around the map. Candy Axe also was the inspiration for the coveted “Minty Axe” that many Fortnite players tried to earn last year. However, we like the original version a little better.

It just doesn’t get better than this. The Leviathan Axe dropped at the end of 2020 as part of the Gaming Legends event, and many players haven’t looked back. Kratos’ axe looks and sounds incredible in Fortnite. Plus, like Rey’s Quarterstaff, it’s simple enough that you can pair it with other looks. As of now, this is the pinnacle of pickaxe skins in Fortnite.