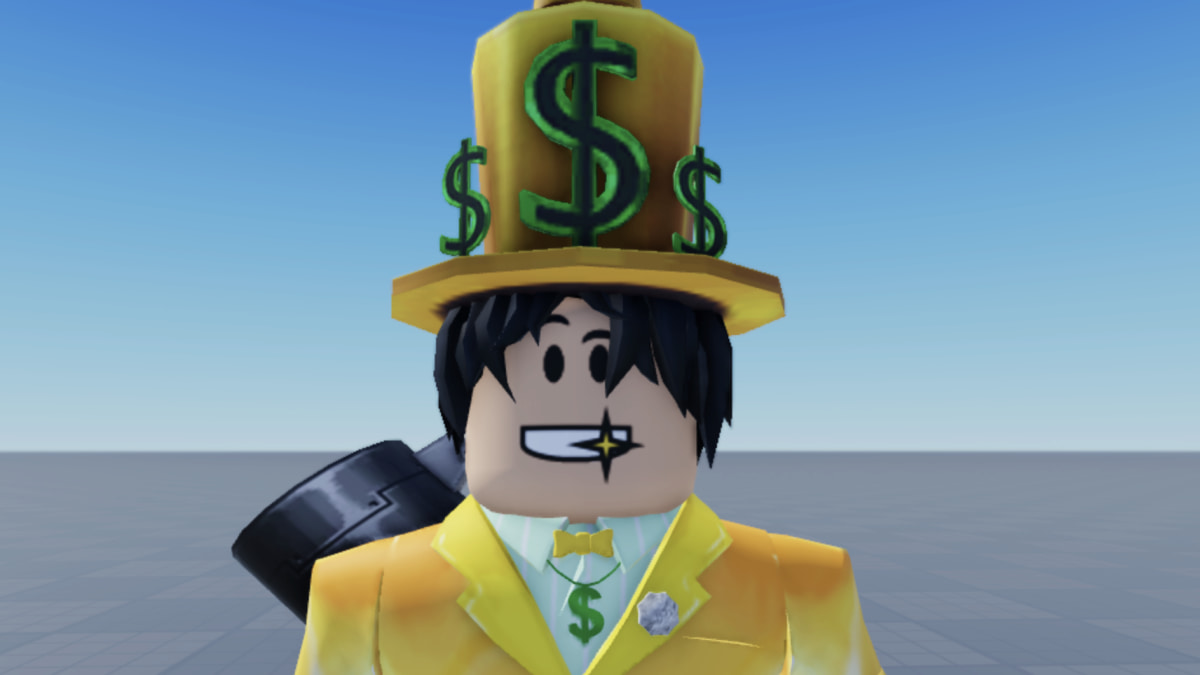 Whether you are playing an RPG or a life simulator, most Roblox games start you out with close to nothing but your avatar. Luckily, the platform’s catalog of clothes and accessories has ultimately given life to outfits that will make you look incredibly wealthy from the start of your journey. These span from royal attire to even character designs decked out in expensive jewelry. With so many to discover, here are the 10 best rich outfits you can find in Roblox, listed in alphabetical order.

What are the best rich avatar outfits in Roblox?

Nothing says your avatar comes from royalty like Aesthetic Preppy Queen. It is a widely popular outfit, mostly due to its gorgeous, aqua blue dress. Additionally, if the crown and cape seem eerily familiar, that’s because Aesthetic Preppy Queen is heavily inspired by Frozen protagonist Elsa. To go along with this theme, costume owners will be accompanied by snowflakes below and around them when sporting the entire fit. Those interested in this snow queen can purchase all of her goods for 806 Robux.

Arguably the best of all, Bling Rich Robux Man is an avatar that flashes dollar signs and gold on almost every item it bears. This includes its towering top hat which oddly has yet another Bling Rich Robux Man popping out of it. But, it gets more absurd from there. The hat and the rocket launcher accessory both shoot out Robux-shaped sparkles with each step the avatar takes. The Golden Shiny Teeth are priced at a steep 125,000 Robux, though the rest of the ensemble can be bought for 5,310 Robux.

There may not be a warrior with as much swagger as Drip Knight. The outfit is entirely made out of gold, while its boots are seemingly made of cold hard cash. As if that wasn’t enough to flaunt its wealth, Drip Knight rocks a gigantic chain that reads “Drip” across its chest. But, there is a fine price to pay for a skin this fresh. The golden Dominus Aureus helmet costs a wild 2.8 million Robux, so we recommend just buying the rest of the getup for a much lower 790 Robux.

It may come with a whopping 11 items, but Golden Boy is a must-have design for players with 592 Robux to spare. The male character displays a striking six-pack as well as a Black Louis Vuitton suit with gold linings. However, it goes over the top with its inclusion of the Greater Leviathan dragon companion. There is even a backpack accessory full of Robux inside and, weirdly enough, a pair of hands that stick to the avatar’s face.

If you’re seeking something that is equally cute and flashy, Kitty Money may just become your favorite design of all. This female avatar is not just surrounded by dollar bills; her array of clothes and accessories has her cosplaying as an adorable black cat. Best of all, those behind the character will discover a lengthy tail peeking out from between the stacks of cash. Kitty Money is priced at 676 Robux, but players just wanting the Piles of Cash item can purchase it separately for a low 100 Robux.

By far the most bizarre, this brilliant idea completely wipes away your avatar in exchange for an enormous golden Money Tank. It earns its name due to it being surrounded by the Raining Money Confetti accessory. Though, players will also find diamond stars on each part of the vehicle. Although we have not seen it in action yet, we can imagine using Money Tank in any game is a sight well worth its price tag of 6,230 Robux.

The fabulous Princess Roya is a great choice for players looking to shock and awe lobbies with old-school fashion. The design mainly consists of a large puffy pink dress that is full of hearts and diamonds throughout. Roya even dazzles with a matching hat and priceless pearl accessories to ensure you are dressed for any occasion. Despite hosting a collection of valuable items, Princess Roya requires players to only spend 709 Robux.

Taking inspiration from the beloved Nickelodeon cartoon, Rich Spongebob turns the sea creature into a fanciful sponge of impeccable tastes. This is made abundantly clear with its two-piece suit’s pockets filled to the brim with cash, but there’s even a well-groomed mustache to add to its glorious theme. Oh, did we mention it only asks players to spend 12 Robux to own in its entirety?

Most wealthy designs in Roblox typically come off as threatening, but those wanting a friendlier appearance may want to check out Steampunk Wealth. The idea depicts your avatar as a victorian millionaire that can win over a room with its infectious smile. Though, one cannot forget about its top-of-the-line fashion. It features a sleek black suit, a gold-trimmed cape, and a golden rose that shines bright in any game lobby.

Of course, we cannot go with giving some spotlight to the one and only Burger King. Creator Gamboiger pictures the rather creepy fast food mascot as a more regal member of royalty, lending the character a fuzzy red suit and possibly one of the best crown items we’ve seen yet. Although its facial hair is an overpriced 200 Robux, you can obtain all of the king’s clothes for the sweet deal of 660 Robux.