FIFA 23 includes the top football associations from around the world, including the major clubs that make up each one. But which clubs in FIFA 23 stand out from the rest? If you’re looking to suit up with a star-studded roster in either offline or online play, here are the 10 that are above all the clubs in this year’s title.

We start off our look at the best FIFA 23 teams with Atletico de Madrid, a well-balanced group and one of the top teams in La Liga. The club’s roster includes star goalkeeper Jan Oblak and a solid group of midfielders. Up front, Atletico de Madrid can run out two quality attackers in Joao Felix and Alvaro Morata.

Serie A powerhouse Juventus boasts an impressive group of attackers and midfielders, led by Angel di Maria, Filip Kostic, and young striker Dusan Vlahovic. Juventus doesn’t boast an incredible group of defenders, but the Italian club does have one of the best goalkeepers in the world in Wojciech Szczesny.

Despite being debt-ridden, FC Barcelona upgraded its roster significantly over the past 12 months. The marquee addition was Bayern Munich legend Robert Lewandowski, one of the best strikers in the world today. Barcelona boasts a strong group of defenders & midfielders, as well. Jordi Alba, Frenkie de Jong, and captain Sergio Busquets round out one of the best teams in FIFA 23.

On paper, Internazionale (Inter Milan) possesses one of the best rosters in the world today. Inter’s group includes two talented strikers in Lautaro Martinez and the returning Romelu Lukaku, as well as a strong midfield and defense. Captain Samir Handanovic can still hold his own in the net, for a team that failed to win the Serie A title again in 2021-22.

The Blues boosted its roster for 2022-23, as newcomers Raheem Sterling, Marc Cucurella, and Kalidou Koulibaly all arrived at Chelsea for this season. Chelsea possesses a well-balanced group, including a strong midfield that is among the best that can be found in FIFA 23.

Bayern Munich has been a dominant force in the Bundesliga, and that won’t be changing anytime soon. Bayern’s group includes a number of fantastic defenders and midfielders, including Thomas Muller, Kinglsey Coman, Joshua Kimmich, and Alphonso Davies. While München did lose Robert Lewandowski after last season, Bayern does have Salif Mane for 2022-23.

The UEFA Champions League runner-up from 2021-22 will still be a force to be reckoned with in FIFA 23. Liverpool’s group includes star RW Mo Salah and a stout defense & midfield group. Led by Virgil van Dijk and Alisson Becker, it will be quite tough to score on this team in this year’s game.

Paris Saint-Germain (PSG) has arguably the best trio of attackers in all of club football. Neymar Jr., Lionel Messi, and FIFA 23 cover athlete Kylian Mbappe headline a PSG squad that can realistically beat any team in the football world today. Other notable players on PSG include captain Marquinhos, Marco Verratti, and Gianluigi Donnarumma.

Real Madrid won the UEFA Champions League in 2021-22, thanks to an incredibly deep roster. Real Madrid’s roster includes longtime veterans in Karim Benzema, Toni Kroos, and Luka Modric. Additionally, young stars Vinicius Jr. and Aurelian Tchouaméni are set to be the next generation for the premier club in La Liga.

Aside from the UEFA Champions League, Manchester City has virtually done it all over the past five years. Manchester City has arguably the best overall roster in FIFA 23, with an incredibly balanced group that includes star midfielder Kevin de Bruyne, talented defenders in Ruben Dias, Joao Cancelo, and Kyle Walker, and one of the best attackers in the world in Erling Haaland. With a group like this, it’s hard to do better in this year’s game than Man City. 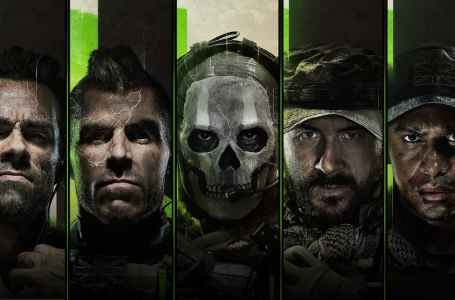