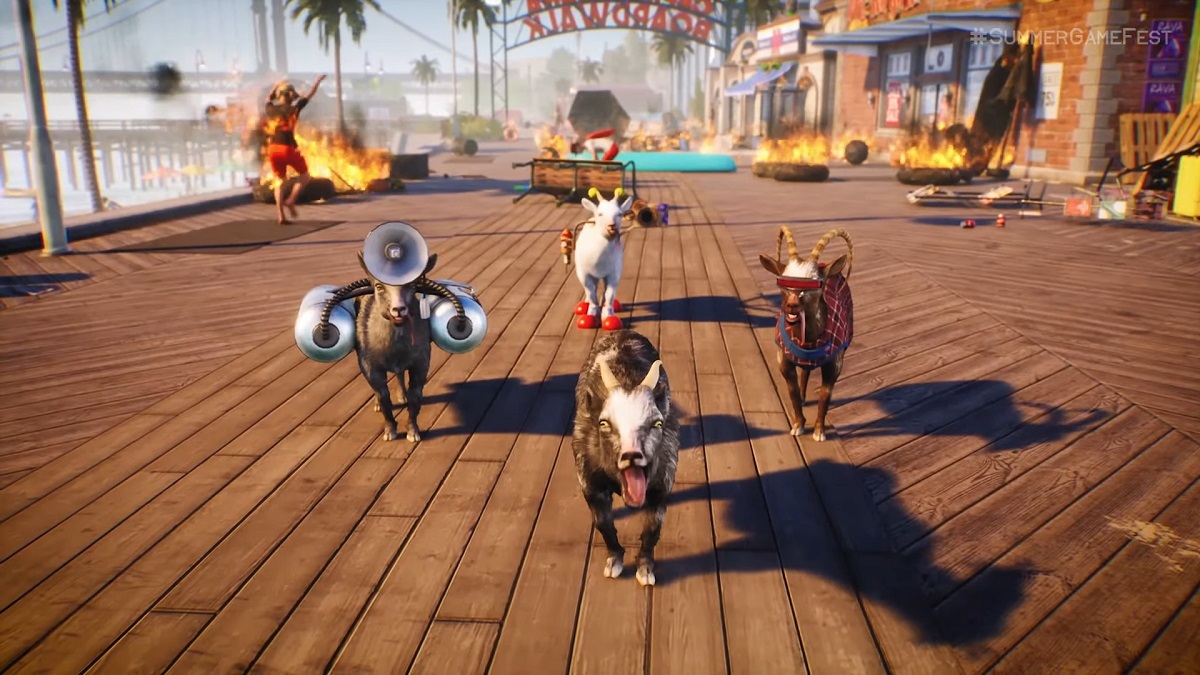 A ton of people love to use video games to relax and unwind. Some people prefer a nice story to get engrossed in, while others will look for high action and thrills. One of the better ways to let all of the day’s stresses go away is to have a laugh. Not every game nails its humor, but there are quite a few you can choose from when you don’t want to go out of your way to make your own entertainment. Here are the funniest video games you can play right now.

Related: The 10 saddest video games of all time

The funniest video games ever

All of the Fable games have a distinct kind of British humor that is endearing and will get quite a few chuckles out of you on your adventure. Maybe it doesn’t have a lot of gut-busting humor, but there is plenty of light-hearted moments that will have you grinning and enjoying this fantastical world. Fable II is our personal favorite adventure in the series so far, and a high recommendation for anyone with an Xbox who wants to check out the series before the new game comes out.

Goat Simulator 3 is a game made to have fun with wonky physics and bugs. You play as a goat and completely terrorize the unfortunate souls who claim the same space you are sharing. You can latch your tongue onto objects that send you spiraling through the air, headbutt people off of roofs, change your form into other various creatures, and a lot more. This is a large playground that lets you do whatever you want and have some laughs along the way, plus it can now be enjoyed with friends.

High on Life is a game created by Justin Roiland, who has had a hand in plenty of comedy shows but is best known these days for Rick and Morty. This game is essentially a long episode of that show without Rick there to insult you. You earn various weapons along the way that will talk to you, and they, as well as the other alien life around you, have the same mannerisms you would see in the show. If you are into this kind of humor, you will find well more than enough to keep you laughing.

Octodad: Dadliest Catch has you playing as an octopus who has disguised himself as a normal human. He has built a life with a woman and fully human kids who have no idea he is an aquatic creature, so you will control him through various environments while trying not to reveal yourself as what you really are. Controlling Octodad is where the fun comes from. You will be slipping and sliding all over the place while trying to do mundane tasks like grocery shopping, yard work, and attending your own wedding.

Portal 2’s humor comes from its two main robotic characters: GLaDOS and Wheatley. The former is a cruel, sarcastic genius that will regularly insult you, while the other is a dimwitted idiot that takes control of GLaDOS’ body and, eventually, the entire Aperture Science facilities. You will be using portals and solving plenty of puzzles with these two making you laugh with their banter along the way. If you have a friend, there is also a cooperative campaign that is just as funny.

The original Saints Row games were essentially Grand Theft Auto clones that did not have much to separate them from the mega-franchise. Starting with Saints Row: The Third, they had turned the ridiculous dial up to 11. The Saints gang had become a corporation, and the weapons and situations they encountered were truly unhinged. In one example, you could use the Dubstep Gun to cause mayhem while making all of the surrounding civilians break out into dance. If you want to truly add insult to injury, you could also take out The Penetrator, a literal dildo bat, and send people sprawling on the floor after whacking them in the head with it.

South Park: The Stick of Truth

South Park: The Stick of Truth is easily the best video game created for the long-running show. You create your own kid that joins the town-wide RPG game where everyone dresses up as wizards, knights, and other characters who use their imagination to bring their fantastical powers to life in turn-based combat. This is essentially a long episode of the show, with all of the main cast and side characters regularly showing up to make you either laugh or ruin your lunch along the way.

The Simpsons: Hit & Run brings Springfield to life with a Grand Theft Auto-like adventure that has you taking control of the everlasting show’s main family. The writing and voice talents here are at their best, with great exploration and driving controls to help make this experience memorable. With all of the early 2000s video games that have made a comeback with remakes in recent years, this one is at the top of the list of what fans are eagerly asking for.

The Stanley Parable: Ultra Deluxe is a re-release of the original game that adds more content to really expand on what came before. You play as Stanley, a worker who gets to choose to follow the instructions of the narrator in his head as he explores his work environment. That narrator is where the comedy comes from, hitting you with constant meta jokes and fourth-wall-breaking humor that will have you continually coming back to find all of the weird endings.

Untitled Goose Game is an indie darling video game that has you taking control of a goose as it completely ruins the day of the people that it encounters. You will go around stealing and moving items, causing accidents and messes, and scaring little kids as you work off a to-do list that purely sets you out to be a jerk to these people.