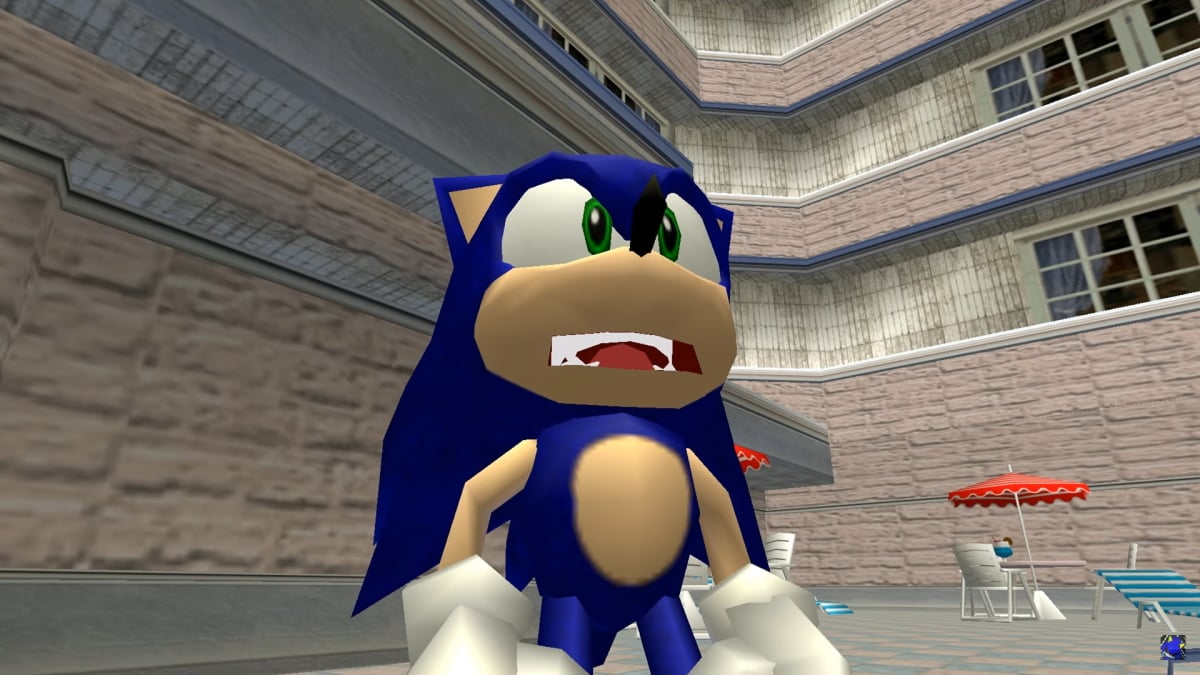 Voice acting may well be something we’ve come to take for granted these days, with powerful, moving, and cinematic video games routinely making waves with their impressive cast of actors. Once fully-voiced dialogue became a standard, it became hard to imagine how people could mess it up. After all, it’s just saying words, right?

Well, not exactly. This notoriously fickle part of game development has had its own dark moments, with inexperienced voice actors or misguided execs paving the way for some truly atrocious audio. Whether it’s technological issues or hilariously hammy performances, here’s a rundown of the worst voice-acting snafus in recent memory.

Before Monolith Soft captured hearts and minds with the Xenoblade Chronicles games, it spent some time in Nintendo’s JRPG mines, crafting titles like Baten Kaitos: Eternal Wings and the Lost Ocean. Baten Kaitos was released for the GameCube in the mid-2000s, garnering some fairly good reviews due to its graphics, story, and innovative card-based gameplay system that had its uses in everything from combat to puzzles and inventory management. One thing that was roundly panned, though, was the voice acting. The opening cinematic has character Lyude’s infamously over-delivered line, “It’s unthinkable! To act against the Empire?” nestled in among some slightly dodgy CGI, but the whole game is filled with examples of bad VO.

Destiny had a slightly shaky start when it launched in 2014, but some solid post-launch support and tweaking of some more controversial game elements soon saw players come around. One such tweaking concerned the player’s robot companion, Ghost. Initially voiced by Game of Thrones star Peter Dinklage, the actor was replaced in 2015 by voice acting veteran Nolan North. This didn’t just mean new lines recorded by North — all of Dinklage’s previous voice work was re-dubbed with the new voice actor, due to fan complaints about the so-called “Dinklebot.” Dinklage’s delivery was panned as being flat, uninspired, and basically phoned-in, and Dinklebot subsequently went down in disastrous voice-acting history.

Heavy Rain got a lot of deserved praise at its launch, despite the polarizing reputation of Quantic Dream and its founder David Cage. The game featured a gripping story and some pretty well-realized characters for the time. Even the voice acting was generally pretty good. The heady highs of some of the voice acting is offset by the crushing lows of some of the others. Even some of the better acting can’t sufficiently polish the eye-rolling mediocrity of some of Cage’s writing. Perhaps the most egregious moment of divisive voice acting is in the infamous “Jason” scene, where protagonist Ethan’s son goes missing in a shopping mall. What should be a tense sequence is made almost laughable by Ethan’s inconsistent and almost sing-song shouts of his son’s name.

That’s right, it’s the obligatory tip of the hat to the Philips CD-i. This attempt to break into the burgeoning video game business will go down in history for all sorts of reasons, and Hotel Mario is certainly one of them. You know you’re in for a voice-acting treat of sorts when the voices of Mario and Luigi are clearly based on the breakout performances of Bob Hoskins and John Leguizamo in the ill-fated 1993 live-action film. Between that and some truly bizarre animation choices, it’s probably best just not to mention the CD-i again, ever.

There are few games that have managed to deliver such meme-able voice acting as Mega Man 8. This is a game that has become famous more for its anime-styled cutscenes than for its actual gameplay, and for good reason. Pretty much every character has some shocking dialogue recorded in the English dub, with irritating voices and enough vocal flubs to make it seem like the cast was never allowed more than one take for a scene. Particular mention goes to the voice behind the benevolent Dr. Light, Mega Man’s mentor and seemingly the only person incapable of correctly pronouncing the name of the main antagonist, Dr. Wily. Indeed, Dr. Light seems to have taken cues from the likes of Wario and Waluigi with his particular take on “Dr. Wah-wee.”

Resident Evil has done a lot to mend its reputation for goofiness in recent years, with many of the later entries soaring to the top of Game of the Year lists. But it all began back in 1996 with the original Resident Evil. While the game went down in history as a novel and influential horror title, it was still afflicted with some infamously cringe-inducing voice work. Some credit for that must go to the English translation, which led to lines such as Barry addressing Jill as “the master of unlocking” for some reason, but the sheer B-movie campiness of so many scenes is still down to the actors themselves, somehow managing to over- and under-act every other line. This one’s definitely worth a revisit — just don’t become a Jill Sandwich.

The popularity of the Shenmue series is still baffling to many. These QTE-laden job simulators hide away a pretty good story behind hours and hours of aggravating grunt work, but they have received plenty of praise over the years for their graphics, ambition, and realism. Each game features a wealth of NPCs to talk to, each fully voiced and with their own unique character, which was pretty impressive for the early 2000s. Unfortunately, not quite as much love was given to actually voicing the many lines of dialogue you can sit through in the games. Protagonist Ryo is monotonous and featureless, which is part of the charm for many, but dozens of the other characters sound like they’re reading the script for the first time. This results in a curious mix of flat delivery, long, uncomfortable pauses, and for some reason the occasional Texan accent for a kid in a small town in China.

The 3D Sonic games have had more than their fair share of issues, with some routinely making the cut for lists of the worst games of all time. The Sonic Adventure games, however, really take the cake when it comes to voice acting. A combination of badly-written dialogue and egregious animation fails made Sonic’s transition to 3D in Sonic Adventure a very bumpy one. Sonic Adventure 2 improved in several aspects, but the expanded cast made for fertile soil for mediocre voice acting. One moment Knuckles would be chewing the scenery, the next characters might be literally talking over each other due to timing and animation issues.

Like Shenmue, Oblivion touted a whole ecosystem of NPCs, each with their own timetable and personality. This, naturally, was a lot of work, and while by and large, the Oblivion team did a bang-up job — unsettling facial animation notwithstanding — it was not without its faults. The grating over-exuberance of the Adoring Fan or the slightly dodgy Scottish accent of Sheogorath, Daedric Prince of Madness might not be deal-breakers for some players, but in true Bethesda fashion, Oblivion managed to ship with a host of bugs, some relating to its VO work. Several of the voice clips included in the original version of the game were takes in which actors flubbed lines or restarted halfway through. In fact, one character, the High Elf Tandilwe, even has a line in which you can hear the voice actor ask to take another crack at recording it before giving it another shot.

The Legend of Zelda: The Faces of Evil/The Wand of Gamelon

Remember when we said we wouldn’t mention the CD-i again? Well, no list of terrible voice acting — or animation, or gameplay, or critical reception — would be complete without a nod to the Legend of Zelda Philips CD-i titles. The Legend of Zelda: The Faces of Evil and The Wand of Gamelon are nightmarish fever dreams masquerading as games that are best left to the annals of time, with a small but memorable voice cast. Words can’t do justice to the content of these games, so suffice it to say that Jeffrey Rath, who voiced Link, once mentioned in a 2010 interview that all the voice recording was done in a couple of two-hour sessions, after barely 15 minutes of rehearsal.