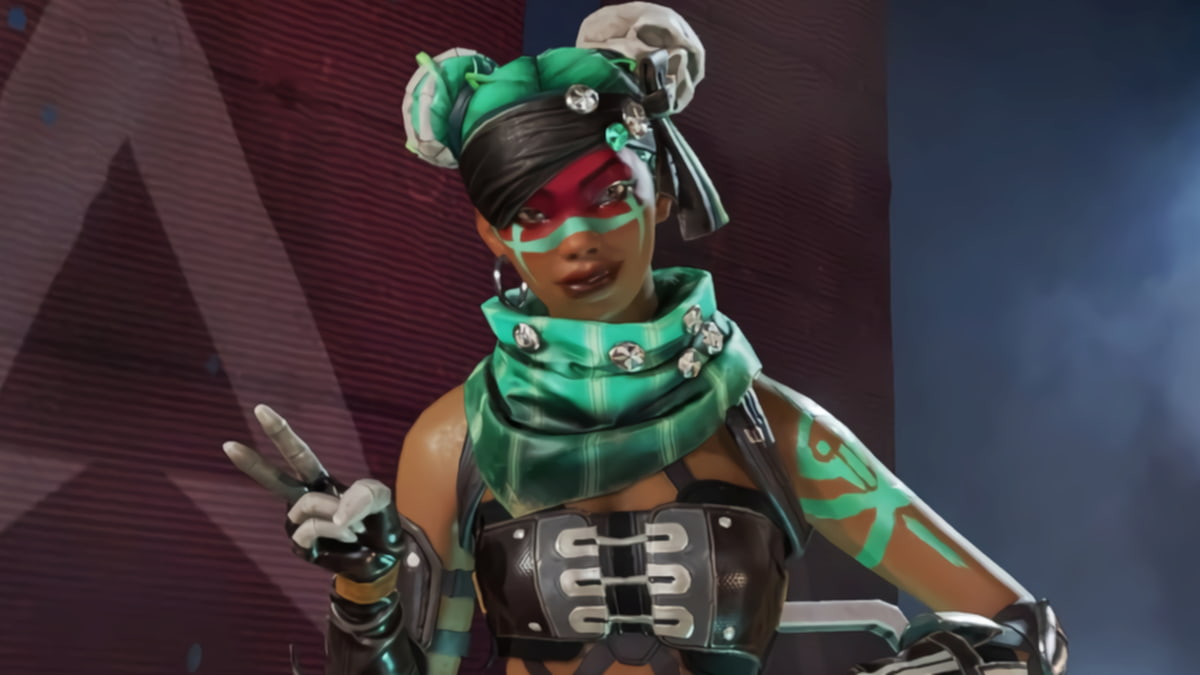 Lifeline is one of the most popular characters in Apex Legends, mainly due to her being one of few defensive characters. However, this can also be attributed to the Legend having some incredibly valuable skins. These have largely come from previous Battle Passes, giveaways, and short-lived store appearances. Although she’s earned dozens of outfits since Season 1, here are the 10 rarest Lifeline skins in Apex Legends.

As a recolor of the Vital Signs skin, Balance Shift could first be crafted from the store in November 2019. Its blue and orange style may be more on the basic side, but that hasn’t stopped the skin from appearing just twice since its debut.

It may be cheating to include Battle Pass cosmetics on this list, though one cannot forget how terrifying yet stunning the From the Ashes skin was. The Season 3 Battle Pass outfit lent Lifeline fiery demon claws, a tail, and a pair of gigantic horns.

Judge Jury Executioner is a dazzling black and gold fit that even features Lifeline in a chalk-white mask. Not only is the skin one of the best Lifeline skins, but it is certainly a difficult find. That’s because the Legendary cosmetic was up for purchase just one time since debuting in Season 2.

Mic Check might have been taken for granted when it arrived in November 2021. The outfit equipped Lifeline with a collection of streetwear, a backpack, and even some basketball-shaped knee pads. Although it hasn’t been too long since its debut, we’re surprised Mic Check hasn’t come back to the store yet.

With Lifeline skins being packaged inside of numerous giveaways, those with PlayStation Plus during Season 1 could get their hands on Neon Dream. The cosmetic simply gave the Legend purple gear with hexagons featured all along them, but players won’t likely ever see it for sale again.

In another limited-time giveaway, Lifeline received a Pastel Dreams skin during Season 6 that was only available to those with Amazon’s Prime Gaming service. It can even be argued it is one of the best free skins yet, as it dressed the Legend in a mix of bright colors. Unfortunately, like all other Prime Gaming exclusives, Pastel Dreams won’t be up for grabs again.

Pirate Queen is one skin that has been absent so long that we believe it might be retired. This teal look for Lifeline first appeared within Season 5’s Lost Treasure Collection and has apparently run off into the sunset ever since. If it somehow finds its way back to Apex, players should be able to secure Pirate Queen for just 1,800 Apex Coins.

Revolutionary’s design doesn’t live up to its name, but it does play a major part in Apex history. It was the first skin to become available in a Battle Pass, as players unlocked the skin at Level 1 in Season 1. So, if you spot an opposing player with this skin, you should certainly run away from this longtime veteran.

Rejuvenation is a Legendary-rarity spin-off of the London Calling skin. Unlike the latter, Rejuvenation has only been available to players twice during the game’s existence. As it last appeared in April 2022, it is widely expected to vanish for years once again.

It takes just one glance at Worlds Apart to know it is something of high value instantly. This is because it substitutes the Legend’s iconic headband for a golden crown and even gives Lifeline a glittery crop top. Only players wise enough to progress through the Fight Night Collection in Season 7 own Worlds Apart, as it still hasn’t made an appearance to the in-game store quite yet.