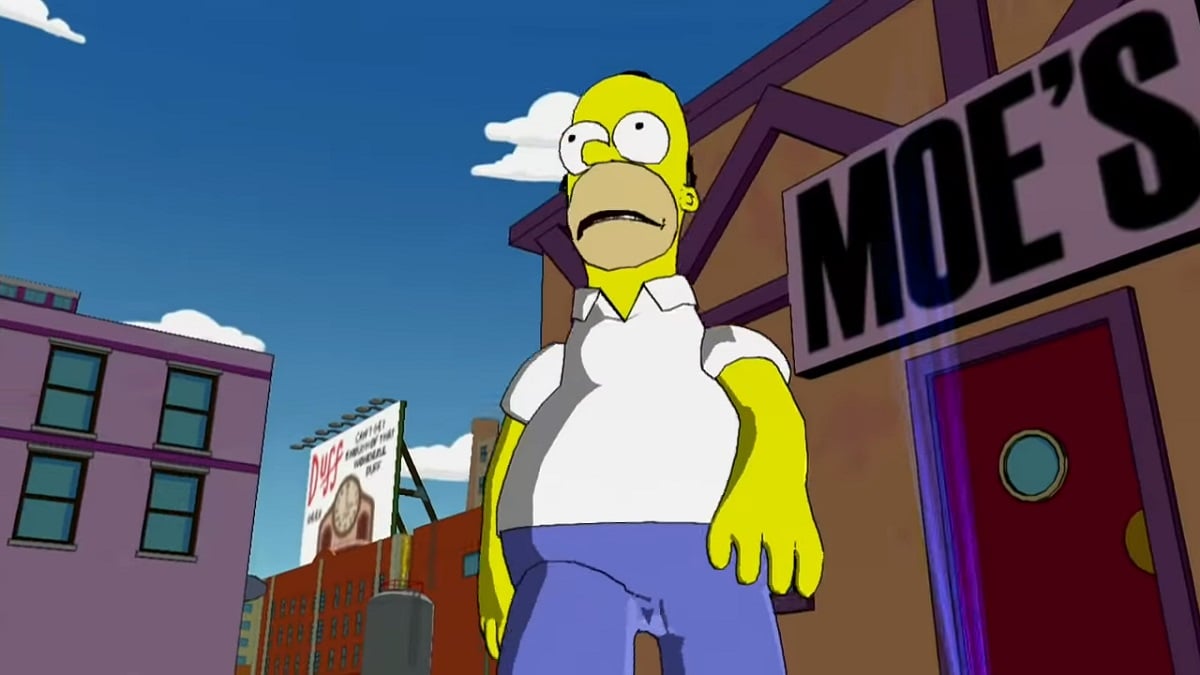 The fictional town of Springfield has been represented many times in the video game industry. The Simpsons have been in a massively popular arcade game and have wrecked the city in Hit & Run, but unfortunately, they’ve been missing in recent console generations. If you’re able to grab a PlayStation 2 or find an arcade, these are the best Simpsons games, ranked from worst to best.

Worst of the best – The Simpsons in Lego Dimensions

The newest and one of the most faithful Simpsons games is actually within Lego Dimensions. This game is similar to what the Skylanders and Disney Infinity series offer. You can collect Lego figures and scan them in games like The Doctor from Doctor Who, Scooby Doo, and Batman. In this instance, you can play as The Simpsons family in Springfield. It has the traditional Lego gameplay you’d expect as you collect studs and solve puzzles by exploring the environment and hitting objects. The only problem is that it only lasts around an hour, but you can play as Homer in any world after that.

The Simpsons Game is a successful 3D puzzle platformer that spoofs video games and films. Each character has their own special powers, like Bart gliding through the air as Bartman and Homer rolling like a giant fat ball to break walls in front of him. It’s like watching an episode of the show as the cutscenes are animated just like the TV program. The humor is also spot on with some great gags here and there. It’s worth taking a look if you have a PS2, Wii, Xbox 360, or PlayStation 3.

One of the greatest beat-em-ups in the arcade is actually based on the Springfield family, The Simpsons. In this arcade game by Konami, you can team up in a group of four (Homer, Marge, Lisa, and Bart). Each has a different weapon, like Bart’s skateboard and Marge’s vacuum cleaner, providing a variety of gameplay throughout the group. The graphics are old-fashioned, but it replicates various locations from the show in a reverent manner. Downtown, Krusty Land, and Moe’s Tavern are just some of the levels in the game. Unfortunately, there isn’t a port of The Simpsons Arcade Game on modern systems, but you can buy a replication unit by Arcade1Up, which works just like the old days. It also comes with The Simpsons Bowling.

The Simpsons: Road Rage takes the formula of Crazy Taxi and places it in the iconic town of Springfield. The gameplay is frenetic and keeps you on your toes as you try to avoid obstacles and get to the drop-off point in time. It’s thrilling almost every time, but something to keep in mind is that the voice lines will aggravate you as they’re repeated over and over and over again. Most major locations from the show during the time it was released are present, like the Nuclear Power Station and Springfield Elementary School. It’s so similar to Crazy Taxi that the developer of The Simpsons: Road Rage, Radical Entertainment, alongside EA and Fox Interactive, actually got sued by Sega in 2003.

Best of the best: The Simpsons: Hit & Run

Arguably the most beloved Simpsons game is Hit & Run. The majority of Springfield can be fully explored in this take on the Grand Theft Auto series. You can take on all manner of missions, driving around the town and destroying objects or defeating an alien race as they invade the world. There are plenty of unlockables you can find in The Simpsons: Hit & Run, like additional skins and cars from fulfilling tasks around the world. The story was just like the show, with funny gags and interesting turns in the narrative.

“Essentially the show in real-time, Hit & Run is so grandiose in its expanse and artistic rendering, it appears altogether more appealing than TV allows – the mark of a truly great cross-over product,” said Play Magazine (via Metacritic) when the game was released in 2003. Fans have been asking for a remake, but the Simpsons have been relatively quiet in the gaming space in recent years. Now that Disney owns the brand, perhaps someone can license the IP like EA with Star Wars: Jedi Fallen Order and PlayStation with the mega-successful Marvel’s Spider-Man series.