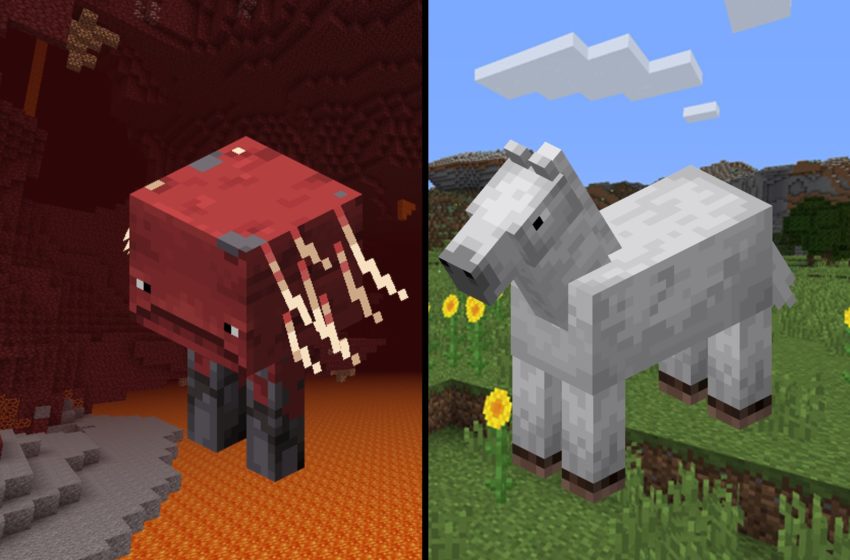 Minecraft is one of those games where you could play for 1,000 hours on the same file and still have so much unseen ground to cover. Open world and sandbox games are great, but sometimes you want to set up camp in two locations that are nowhere near each other.

Walking back and forth, in this case, would take too long, and if you are in vanilla singleplayer Minecraft, there is no way to teleport. That said, there are some faster alternatives to traveling on foot. Here are the 5 fastest ways to travel in Minecraft.

If we are talking straight-up speed, nothing in Minecraft is faster than a boat at full speed. If the distance between your two locations is mostly or entirely water, this method will easily get you there and back in a reasonable amount of time. If only a bit of land stands in your way, you may even want to dig a canal. A boat is the easiest traveling system to acquire because it is built just with 5 wood planks of the same color. The boat will also be that color.

If your journey mostly consists of land and not a regular trip, you plan to retake time and time, the best choice for you would be a Horse. To control a horse, you must both tame it, and own a saddle. Saddles can be found in various chests such as those inside dungeons and mineshafts. If you want your horse to stay in place without a stable, you’ll also want to own a lead (and a fence post). This can be made with a slimeball and string, or take from the Wandering Trader. If you want to bring extra items, the alternative of a donkey is also a good choice.

This one takes some set-up, so be sure that the journey will be a repeat one, or else it isn’t worth it. First, you are going to need rails: basic rails, charged rails, and redstone torches. You will lay down your track spacing out the charged rails at a 7-block distance, and activate them by placing down redstone torches next to them. (Activator rails are also okay) Place down your minecart and let your automated travel system do the work. Enter the cart, walk away, and come back on the other side.

One of the newest mobs in the game is the Strider. Like the horse, you will need a saddle to ride a Strider, and like a pig, you will need its favorite treat on a stick to control it. Warped Fungus on a stick is crafted from one warped fungus and one fishing rod. While these friends are slow on land, they are fast on lava. If you want to explore the Nether or safely traverse its lava ocean, Striders are the form of travel for you. And again, be sure to bring a lead and a fence post.