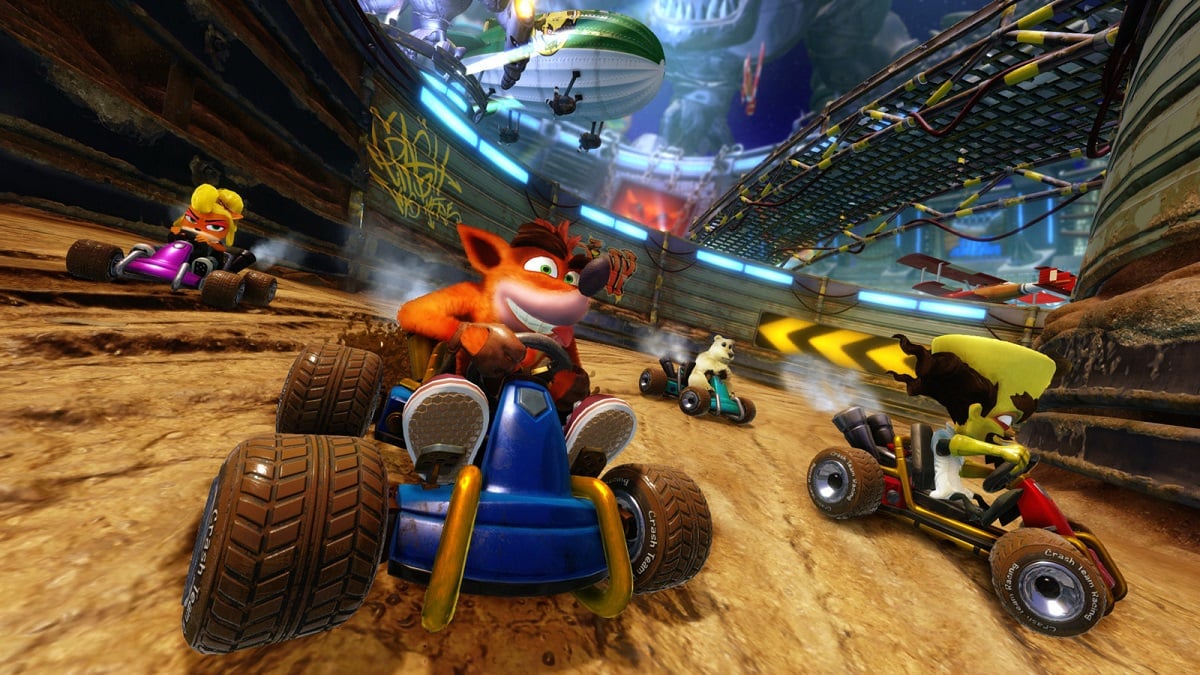 Accelerating as fast as you can down a straight road and drifting around the corner in a racing game is one of the most entertaining experiences you can have on the Nintendo Switch. There are many excellent racing games that will keep you entertained for hours upon hours. Below are the seven best racing games on the platform, ranked from worst to best.

In an open-world setting, you’ll be experiencing a racing utopia with over 50 licensed vehicles and various environments to drive in. There is also a career mode that has you trying to save your family racing team from bankruptcy by winning races. Those who love driving would like the Endurance Championship mode that’s inspired by the 24H Le Mans race and GT vehicle culture. You’ll be managing your fuel, the erosion of your tires, and when you arrive at pit stops. While Xbox’s Forza Horizon series feels much smoother, Gear Club Unlimited 2 may be the next best thing on the Nintendo Switch.

The Need for Speed is known for high-speed action as it blends the line between simulation and arcade-style racing gameplay. In this remastered title, you can either play as the cops or robbers in some high-stakes races. You can expect to race in some of the top-of-the-line cars around the world as you play with friends online. It also supports cross-play with other players on platforms like the PS4, PS5, Xbox One, Xbox Series X/S, and PC. This package also comes with all the DLC that was available with the initial release on PS3 and Xbox 360.

Kart racers are dime-a-dozen on Nintendo platforms, but Team Sonic Racing is one of the best. It controls well and makes teamwork between players an important gameplay element, making it unique. Inspired by past games in the beloved series, it takes the locales of Sonic Heroes and Sonic Colors and brings them into a new generation; it’s quite pretty. The music is also top-notch, with remixes of classic tunes that fans have known and loved.

The thrill of playing with Hot Wheels as a kid is replicated within the video game Hot Wheels Unleashed. However, this time, people of all ages can find fun in this game. The driving feels fantastic from developer Milestone, who has experience in the genre with the MotoGP and Ride series. Unlocking cars through the campaign is entertaining as you find your way through the city map. And finally, you can make your own tracks with daring ramps and corners to keep racers on their toes. There is a lot of DLC, however, so remember that if you have your kid interested in this game.

The Burnout series has long been dormant, but it doesn’t change the fact it’s thrilling to ram vehicles out of the way and get first place. Burnout Paradise is an open-world game with you driving through metal railing and billboards to find shortcuts and get the upper hand in a race. Burnout Paradise: Remastered feels spot on with its controls, and boosting is exhilarating. It also has an exciting soundtrack with artists like Guns N’ Roses, Jimmy Eat World, Avril Lavigne, and many more lending their songs to the game.

Crash Team Racing: Nitro-Fueled has everything you want from a kart racer: stunning cartoon-like visuals, a cast of likable characters, powerful weapons, a vibrant variety of tracks, and pinpoint controls. It even has a short story mode that has well-animated cutscenes. The only problem is how you unlock some characters; you’ll have to gain enough in-game currency to buy them, which bothers many people, especially as the online mode is relatively quiet in 2022.

Mario Kart 8 Deluxe is the best-selling Nintendo Switch game for a reason. Nintendo has mastered every aspect of what a kart racer should be. It has an eclectic cast of characters in and outside the Mario franchise with imaginative tracks to drive through. It may be an old game, especially if you bought the original title on the Wii U, but it’s still very much active online to this day. Remastered tracks from previous entries, like Mario Kart Wii’s Coconut Mall, will be released as DLC until the end of 2023.