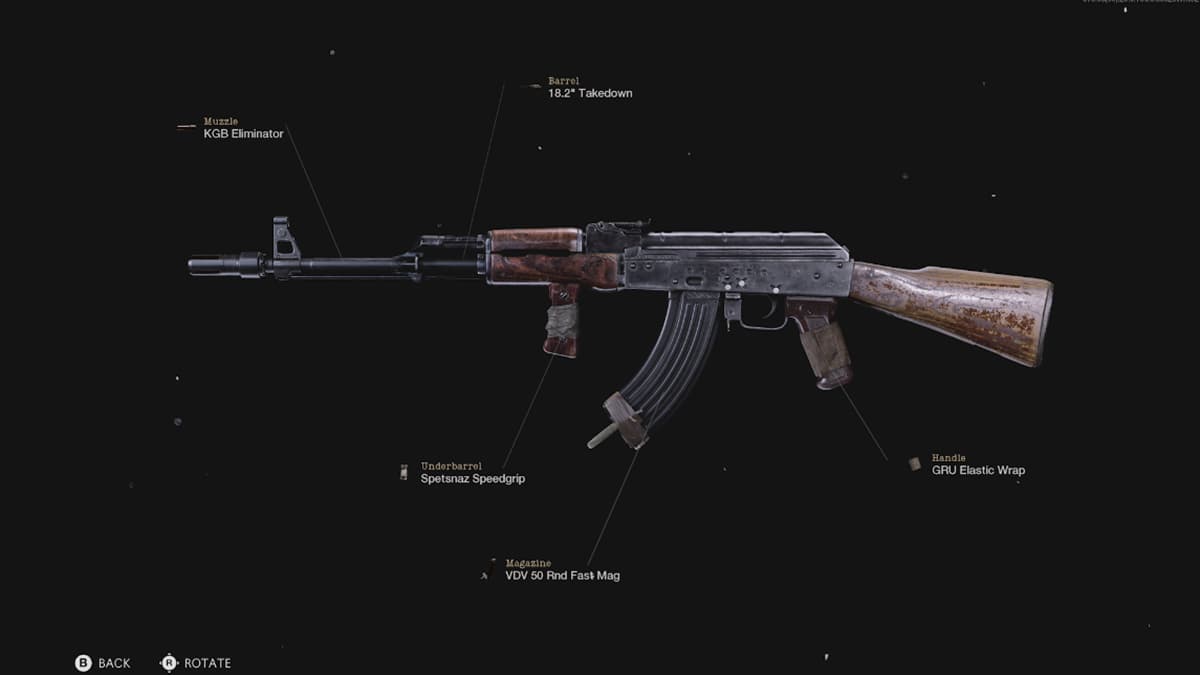 The KGB Eliminator is used to reduce the light from your shots, making it a little tougher to see where you are shooting from. The GRU Suppressor entirely hides your muzzle flash, but this attachment doesn’t take away from your damage like that one does.

For a little more reliable damage on enemies from range, we use the 18.2” Takedown. It takes away just a slight from your sprint speed, which has no real bearing on this gun’s usefulness.

While the Spetsnaz Speedgrip will take a little away from your mobility while shooting, we like this attachment for the horizontal recoil control it gives you.

The VDV 50 Rnd Fast Mag is easy to understand. More rounds that can be reloaded quicker than most of the other attachments in this category. That being said, it will slow your aim down sight speed a bit. We will take that tradeoff.

We use the GRU Elastic Wrap to make up for the aim down penalty in the Magazine category. As a bonus, you get a 90% buff to flinch resistance to being hit by bullets.