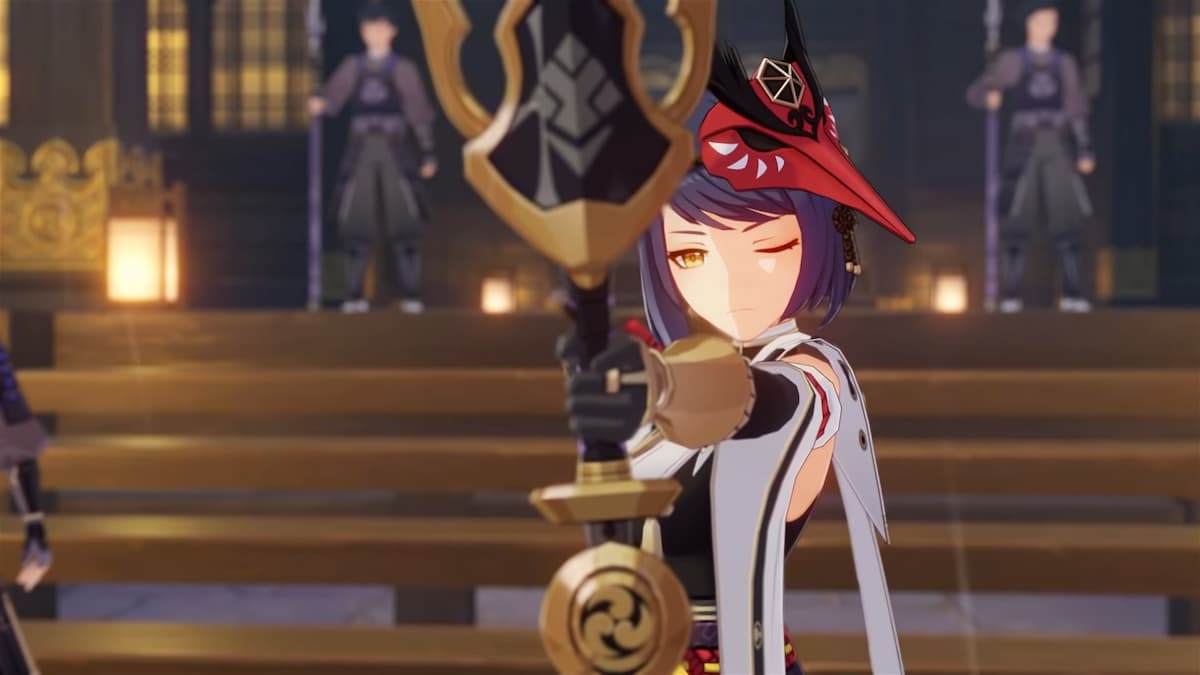 Kujou Sara is an interesting character in Genshin Impact. Introduced in update 2.1, she is available through a limited-time Banner and uses Electro power and a bow to fight her enemies. Her overall DPS potential is not all that impressive compared to other characters.

Where Kujou Sara shines is an off-field support/buff character for the rest of your squad. Both her Elemental Burst and her Elemental Skill can be used to buff attacks, and her Burst will buff her squad, not just Kujou herself. This means you can happily her Burst, then switch to your dedicated DPS so that they get the attack benefits.

Amos’s Bow is a solid option for Kujou Sara. The Amos’s Bow increases Normal and Charged Attack DMG by 12%. Normal and Charged Attack DMG increases by 8% every 0.1s for up to 5 times. The Skyward Harp is another 5 Star bow that will be great for Sara, giving an increase to CRIT DMG by 20%. Hits have a 60% chance to inflict a small AoE attack, dealing 125% Physical ATK DMG. Can only occur once every 4s.

For Artifacts, a 2 piece Thundering Fury will grant an additional 15% Electro damage. The Thundering Fury set can be farmed from the Midsummer Courtyard Domain near the Starsnatch Cliff in Mondstadt. This can be paired with a 2 piece Noblesse Oblige which will grant an extra 20% Elemental Burst damage. You can farm the Noblesse Oblige Artifact Set from the Clear Pool and Mountain Cavern domain which is located to the west of Bishui Plain in Liyue.