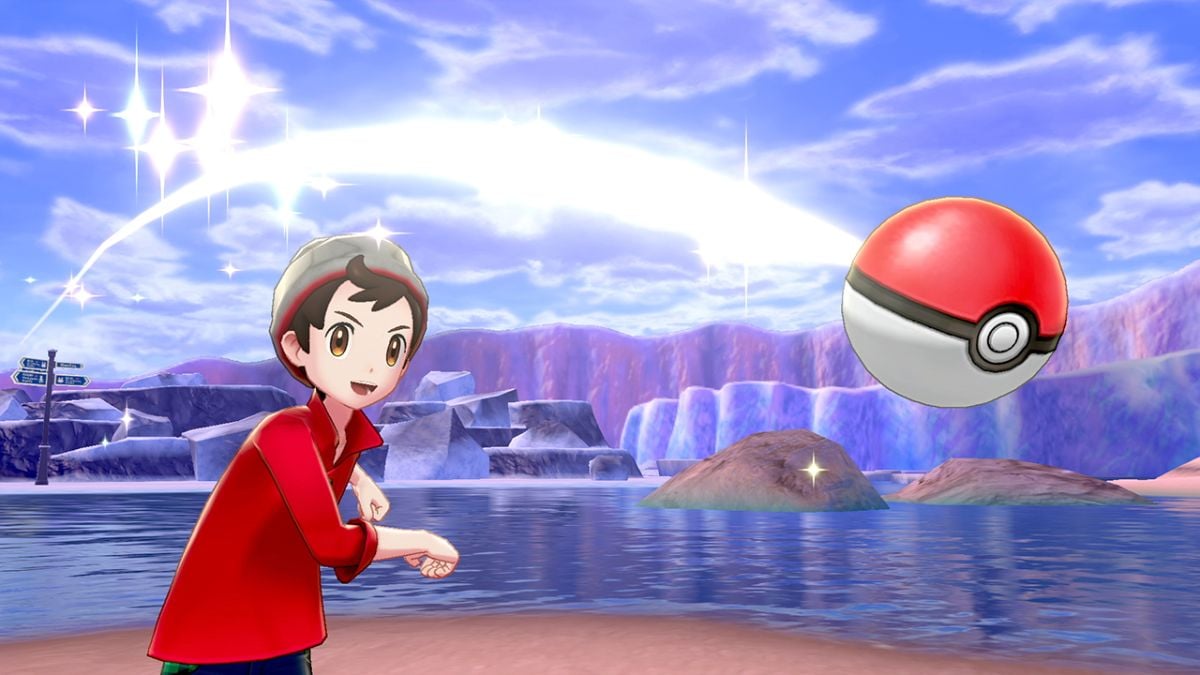 The world of Pokémon is always a lovely place to spend a day with, and while we all wish it was real, the next best thing is to play the games on the Nintendo Switch. The best Pokémon Nintendo Switch games exude the personality of the series and bring a unique charm that other franchises wish they could. Pika-t-this list and find yourself on a Pokémon journey sometime soon.

While this game is one of the most controversial titles in the Pokémon series for its use of Go-like mechanics, there’s still a lot to love in this semi-remake of Red and Blue. It has a cute chibi art style that will melt your heart, and for any fan of the first generation, they’ll be enthralled by the familiar yet completely remade towns and cities they grew up with. The beautiful renditions of classic bit-tune songs from the Game Boy era will also give you goosebumps as they’re wonderfully reimagined. Add in the ability to see all the Pokémon in the field, standard (but fun) battles, and a story that takes place after the initial games, and you’ve got a ticket on the S.S. Awesome.

Taking the typically portable mainline series to consoles for the first time is a daunting trial, but Game Freak delivered a decent effort with Sun & Moon. Yes, it doesn’t have all the Pokémon from the past series, but that’s okay with a generation of Pokémon that feels unique to the region of Galar (United Kingdom). The game felt truly inspired by the United Kingdom as battles took place in large arenas similar to football games across the country. As a Brit myself, I loved all the different references.

The new open fields of Pokémon Sun & Moon had the developer Game Freak dip its toes into what a big open-world RPG based on the series would be. It is a tantalizing taste of what’s to come, as there was plenty to find if you looked in-depth enough.

In addition, the legendaries have an amazing design, with one carrying a sword and the other having a shield. Their attacks are badass like many other Pokémon in the game. It might be disappointing for some, but Sword & Shield is a grand stepping stone for the future of the series. Oh, and did we mention that you can make your Pokémon giant? That’s a neat feature.

Pokémon Unite was a game that fans were split on with its reveal trailer, but those dissuaded have been silenced with the game’s release in July 2021. Pokémon Unite is an incredibly fun MOBA-take on the series with your favorite Pocket Monsters returning to fight. Pikachu, Charizard, Snorlax, and many others have joined the battle. Each provides a unique move set to master, and the game is exceptionally fun as you try to score more points than the other team.

You must take over zones to score points in Pokémon Unite, and you can do that by taking out CPU-controlled Pokémon around the map or by taking out the competition. There’s plenty of strategies to be had, and you may have to team up with your squad of three or five to take out raid bosses in a certain area on the map, like the legendary bird Zapdos or Rotom. Oh, and it’s free but with a cost of being slightly pay-to-win. While it’s not as grand in scope as the mainline RPG series, you’ll be playing this for hours upon hours on your Nintendo Switch.

Fans beckoned for a Pokémon Snap sequel since the Nintendo 64 era, and they finally got it in New Pokémon Snap. Featuring gorgeous visuals, you take on the role of a photographer, chronicling each Pokémon’s behavior in scenic locales. Part of the fun is seeing these pocket monsters interact with the environment and each other in unique ways. We’re trying not to sound corny, but it’s really like taking a step into the Pokémon world with its first-person view. The game aims to take the most accurate photos that can entice the Professor. He’ll then score you points at the end for you for your photographic skills.

You’ll be exploring the same areas over and over again, but the developer Bandai Namco added a few twists to help make New Pokémon Snap feel fresh. You won’t be able to snap every Pokémon in one run. We enjoyed the game, so you should check out the game if you haven’t already.

Pokémon has been established in many gaming genres, and the fighting genre is certainly one of them. Originally released on the Wii U, and also on the Nintendo Switch, Pokken Tournament combines elements of the popular Tekken series with our favorite pocket monsters. Just like New Pokémon Snap, this game is a looker with a vibrant graphical style and stunning attacks that will make you wish the mainline series looks better than it has in the past. Both fighting game and Pokémon fans would like Pokken Tournament as the cast of fighters available feature different movesets to trip up your opponents. Give this one a go.