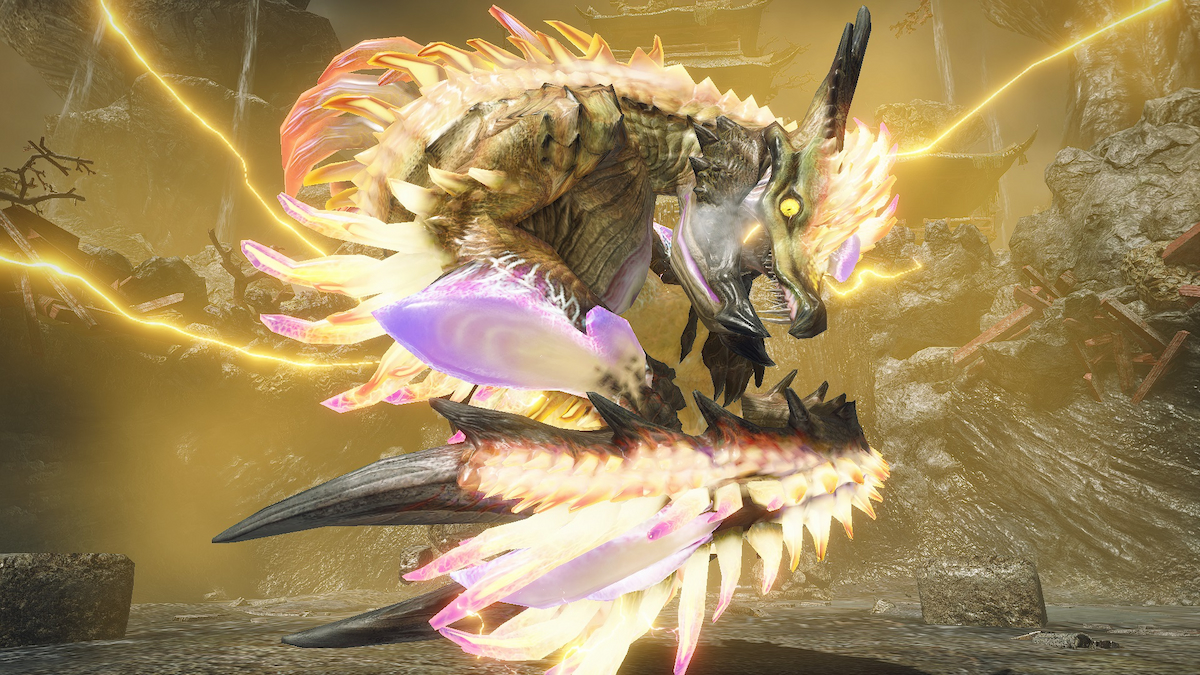 Thunder has always been a powerful element in Monster Hunter Rise. That trend continues in the Sunbreak expansion, as many monsters — Nargacuga, Bazelgeuse, Kushala Daora, and even the final boss, Gaismagorm — have it as their primary or secondary weakness.

There are a lot of good Thunder Switch Axes in the Rarity 10 section of the weapon tree. Still, only one is relatively easy to come by, has excellent all-around stats, and focuses on element damage while still having serviceable Raw damage. Let’s take a look at the best Thunder Switch Axe in Sunbreak.

By the numbers, the best Thunder Switch Axe in Sunbreak is the Thunderclap, the final upgrade in the Narwa Switch Axe tree. It has slightly less Raw damage than other options and lacks Decoration slots, but its massive amount of white Sharpness, option for pink Sharpness with Handicraft, and Element Phial more than make up for those shortcomings.

You won’t be able to craft the Narwa Switch Axe right away, as you’ll need to reach MR 30 to unlock her Master Rank fight. You’re liable to be fighting her for a bit, as the Thunderclap requires a Mantle of Origin, the rarest material she drops. However, make it through that grind, and you’ll be rewarded with the most damage out of any Thunder Switch Axes in all of Sunbreak. Provided you focus only on monsters weak to Thunder damage, there’s no better option.

There are several good options for Thunder weapons before you can craft the Narwa Thunderclap and even one afterward. As you’re making your way through the campaign of Monster Hunter Rise: Sunbreak, you can put your faith in both the Khezu Switch Axes and the Thunder Tree options, craftable with Master Rank Khezu materials or Master Rank Ore and Bone, including Sapphiron and Eltalite Ore, and Monster Slogbone. The Rarity 10 upgrade for Khezu weapons takes Afflicted Blood, and the Thunder Tree takes Afflicted Bone.

Once you defeat Furious Rajang and gain access to the final few four-star Anomaly quests, you’ll be able to make the only Thunder Switch Axe that can compete with the Thunderclap: the Oppressor’s Torment Zinogre weapon. You’ll need both Afflicted Shell and Afflicted Fang to upgrade the Zingore Switch Axe. However, Fang comes only from some of the toughest Afflicted monsters, including Magnamalo and Barioth. As the Thunderclap is still ever so slightly better and comes a little easier than the Oppressor’s Torment, we recommend it over all other options when you reach the endgame.