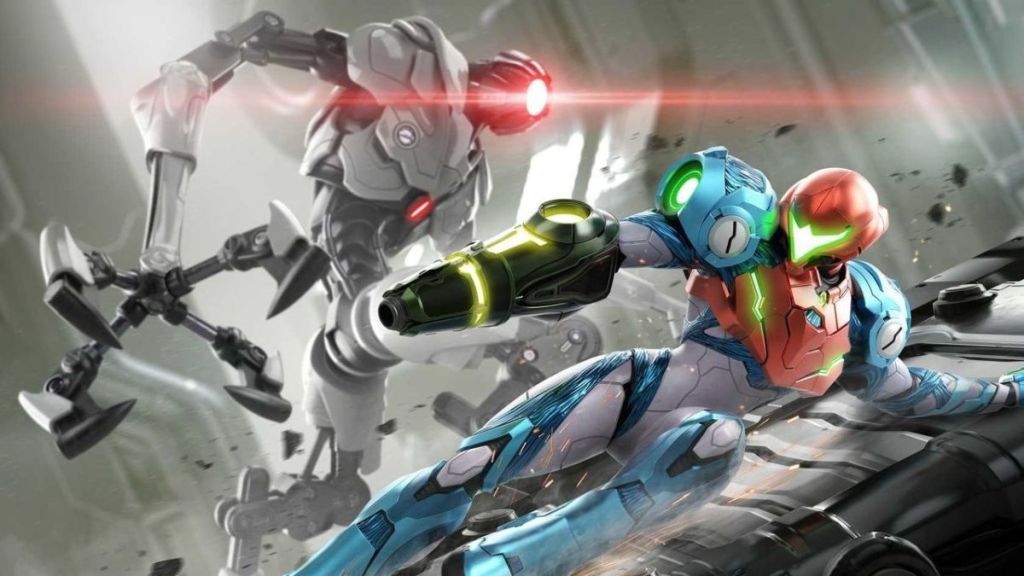 October 2021 is an exciting month for gamers with major franchises like Metroid, FIFA, and Far Cry coming back with new entries. We are also playing a rebirth of some classic Mario Party maps and a new interpretation of Marvel’s Guardians of the Galaxy. Get ready to bike your way down a hill or score a hattrick in a soccer stadium as this month approaches.

Left 4 Dead series developer Turtle Rock Studios is back with another undead co-op shooter. In Back 4 Blood, you and three friends need to survive against swarms of zombies, and your goal is to take out the Ridden and save humanity from extinction. You get to pick one of eight characters in this story campaign with various weapons and items to choose from. There’s even a PvP mode between the cleaners (humans) and the Ridden (the zombies). Back 4 Blood, despite being a spiritual successor to Valve’s Left 4 Dead series, does have its own card-based mechanics that let you make different builds with your characters in a “rogue-lite” affair. It will be releasing on PS4, PS5, Xbox One, Xbox Series X/S, and PC (via Steam) on October 12. Xbox players will be able to check this horror title out on Xbox Game Pass from day one, and it can be preloaded.

The third entry in the critically mixed Dark Pictures Anthology, House of Ashes, is releasing on PS4, PS5, Xbox One, Xbox Series X/S, and PC (via Steam) on October 22, just in time for Halloween. This horror story takes place during the Iraq War in 2003. You’ll be playing as U.S. soldiers who find themselves trapped underground in a haunted Sumerian temple. However, as they’re also amongst their warring enemies, tensions will rise as the horrific environment messes with their psyche. We found the last game in the series Little Hope had major flaws, and the developer Supermassive Games has not yet reached the heights of the positively received Until Dawn it released in 2015. Hopefully, the third entry will rise up to those lofty expectations.

Some more open-world goodness is coming this month from Ubisoft in Far Cry 6. This time, instead of a jungle landscape, we’re going into a more urban setting deep in the fictional Caribbean fascist landscape of Yara. Under the iron grip of Anton Castillo, you attempt to overthrow his dictatorship as you seek freedom. Expect plenty of explosions, guns, and if the series history is anything to go by, lots and lots of bases to take over. You can check out Far Cry 6 on the PS4, PS5, Xbox One, Xbox Series X/S, PC (via the Epic Games Store or the Ubisoft Store), and Google Stadia. If you buy the PS4 or Xbox One versions of the game, there will be a free upgrade to the next-gen versions. You can also gain access to the game through Ubisoft+, a subscription service from the company. By the way, after experiencing a preview of Far Cry 6, our own Aidan O’Brien wanted to play more after he put the controller down.

Another year, another FIFA, but there are improvements across the board for the game this year. First, the new HyperMotion technology provides 4000 new animations to improve the “intensity, responsiveness, and physicality of every player in the game,” according to EA. It says that it tracked the movements of 22 players with motion capture suits to make FIFA 22 the most realistic game in the series to date. This is only available with the PS5, Xbox Series X/S, and Google Stadia versions of the game.

Also, you can now create your own team in Career Mode and manage it. It gets so detailed that you can make your own team crest and field style. If you want the pitch to have a circular grass pattern with pink lines, you can do that. FIFA 22 will be available on the PS5, PS4, Xbox Series X/S, Xbox One, PC, Nintendo Switch, and Google Stadia on October 1. You can also gain early access to it right now if you buy the Ultimate Edition. If you’re new to FIFA, the latest version has a fantastic tutorial that will teach you the ropes.

Some fan-favorite Nintendo 64 Mario Party maps are back on the Switch in Mario Party Superstars. Bringing on full online multiplayer in this pandemic world, you and your friends (maybe not much longer) can compete for the most stars in Mario Party Superstars. Mixing a board game with fun mini-games, this game should be a blast in the past for most millennials out there. It would be fun for the youngsters as well. It’s releasing exclusively for the Nintendo Switch on October 29. There’s a complete list of maps available if you’re intrigued in this blast of nostalgia.

Marvel’s Guardians of the Galaxy

After striking out on Marvel’s Avengers, Square Enix is hoping it will find gold with its take on the Guardians of the Galaxy. Featuring a single-player campaign, Starlord and the gang will be facing many villains along the way to save the universe. The cool aspect of this game is that as Starlord, you must keep the group together, and your actions will have consequences on the story. “The consequences of your decisions will range from light-hearted to downright unexpected as your journey unfolds,” said Square Enix on the official website for Marvel’s Guardians of the Galaxy.

Hopefully, Eidos Montreal (Deus Ex: Mankind Divided, Shadow of the Tomb Raider) and Square Enix live up to the expectations of fans when the game releases on October 26 for the PS4, PS5, Xbox One, Xbox Series X/S, PC, and the Nintendo Switch (via the cloud).

After an 11-year absence, Metroid Dread marks a return for the acclaimed Nintendo series. Developed by MercurySteam, the team who brought you the excellent Metroid: Samus Returns 3DS remake, Samus is now stuck in a dangerous world called Planet ZDR. As the bounty hunter, you must overcome various nasty alien lifeforms and the terrifying robots known as E.M.M.I. in an all-new 2D sidescroller. Just like the old days. If you’ve played previous games in the series, you’ll know you’ll gain new abilities throughout the adventure, and with those in hand, you can find new routes in areas you’ve previously visited. Nintendo says that this is Samus Aran’s “most intense side-scrolling adventure yet.” We’ll see if that’s the case when the game drops into physical and digital stores on October 8 for the Nintendo Switch.

Ubisoft is releasing not one but two big games in October, with Riders Republic coming to the PS5, PS4, Xbox Series X/S, Xbox One, and PC on October 8. This game combines many forms of racing that extreme sports fanatics would love: biking, snowboarding, skiing, and flying in a wingsuit. It will include various locations to keep you engaged, including Bryce Canyon, Yosemite Valley, Sequoia Park, Zion, Canyonlands, Mammoth Mountain, Grand Teton. This will offer a bunch of unique locales that will keep you riding and earning new costumes. And if that’s not all, Riders Republic supports crossplay between all platforms.