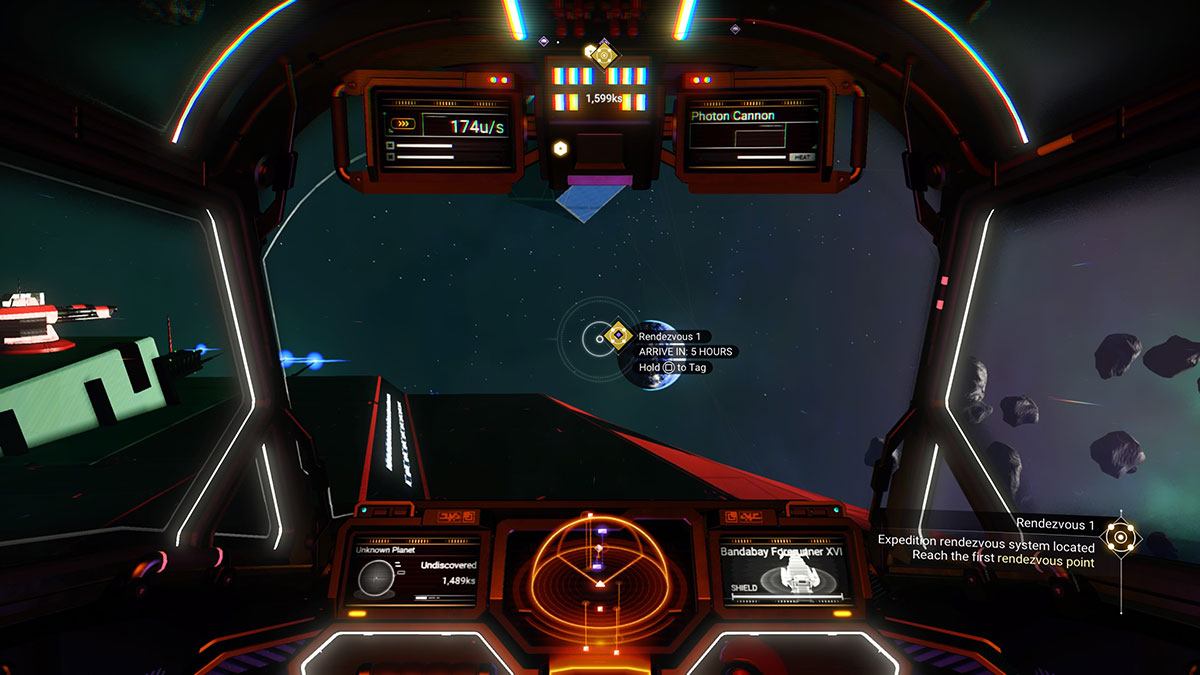 No Man’s Sky is a game about exploring the galaxy around you at your own pace. However, when Expeditions come along and offer you the chance to earn a Normandy SR1 to keep forever, the game gains some momentum. This guide offers a few tips for all players to help you get to the main milestones in each Expedition, rendezvous points as fast as possible.

Get to your Freighter as soon as possible

The first Phase of both Expedition Pioneers and Beachhead in No Man’s Sky had extremely similar milestones. They all revolved around the objectives you’ll have at the start of any new game. Find your ship, repair it, get into space, start exploring new systems. We recommend getting into space as fast as possible because it’ll get you on the road to your first rendezvous point.

In Expedition Beachhead, you were given a Freighter that you could summon as soon as you were far enough away from your starting planet. This is likely to be the case for all Expeditions from #3 onwards because it kept the pace of the game mode up throughout every Phase. Freighters can jump through five systems in a single warp instead of the single system jump that your starship can achieve. By using your Freighter over your starship to war to new systems, you’ll reach every rendezvous point that much faster, avoiding dozens of loading screens.

Use the right galaxy map filter

It’s easy to get confused while blasting from one system to the other in No Man’s Sky. If you’re trying to discover a few new worlds or systems along your route, you can get quite far away from the most direct path to the next rendezvous point. When you’re feeling lost, change the filter at the top of the screen to “Expedition Route.” This will change the galaxy map and put a path from your position to the next rendezvous point on it. Highlighting the most efficient way for you to progress through the current Phase.

Each Phase in any Expedition has a set of milestones for you to complete. However, you don’t need to complete each one to unlock the milestones for the next Phase. For example, you could travel to each rendezvous point before completing any other milestone. We suggest that you don’t leave all milestones until the end, but there are some you can leave until you’ve done everything else.

For example, whilst you’re rocketing around the galaxy looking for rendezvous points, you can stop off in other systems to rack up discoveries and land on various types of planets. It makes sense for you to do this since you’ll also push up the units you’re traveling on foot and in space, contributing to other milestones. You should leave milestones asking you to build a base, deploy a roamer, or place a beacon until you’ve already completed most of the early ones, though. This means you can travel to each rendezvous point quickly without leaving yourself with a huge list of things to do once you’ve done all your traveling.