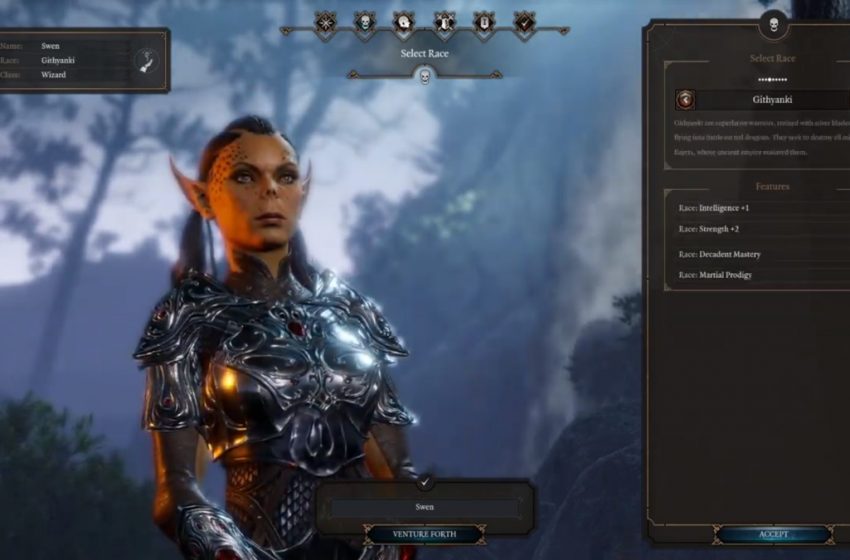 Developers Larian Studios shared their work so far on Baldur’s Gate 3 at their Pax East 2020 panel, revealing gameplay, a handful of story trailers, character customization, and how your actions lead to consequences in the game. From what we’ve seen of the game’s combat, you may want to become familiar with any quick-save functions and have multiple save slots. While Larian Studios showed off the character customization, host Swen Vincke, founder of Larian Studios, briefly went over a character species choice: Githyanki.

The Githyanki in Dungeons and Dragons are natural enemies of the mind flayers. They seem a bit like orcs, mixed with elves, where they eventually broke away from the enslavement of their lords, but began to fight amongst themselves, leading to civil war in the factions due to the different philosophical perspectives shared amongst their people. The upside to their long enslavement was that many of the Githyanki had obtained psionic powers, allowing them to use spells like telekinesis, mage hand, jump, and misty step, to name a few.

Their initial appearance makes them stand out during the live demonstration of the game. The uncustomized choice had yellow skin, with long, sharp ears, similar to an Elf’s shape, but a sharp, thin nose. Some Githyanki can have green or brown overtones, but primarily their species appears in the shade of yellow.

If you zoom in enough, you can barely read the minor description Larian Studios has for the species. It reads, “Githyanki are superlative warriors, trained with silver blades and flying into battle on red dragons. They seek to destroy all mind flayers, whose ancient empire enslaved them.”

While we don’t know how long the mind flayers controlled their empire, the two are natural enemies, and the Githyanki are unrivaled combatants in melee combat. You may want to use one as a close-quarters fighter, with a pair of blades, or to serve as a tank, rather than having them serve as a mage. A Githyanki also receives four natural traits: they have a +1 to their intelligence, a +2 to their strength, Decadent Mastery, and Martial Prodigy.

The Githyanki from Dungeons and Dragons are generally associated with Lawful Evil. While alignment won’t play a massive part in Baldur’s Gate 3, Larian Studios may leave small hints of this if you choose to play as one, with some companions potentially being weary of your character.

The Githyanki is one of the handfuls of species you can play when Baldur’s Gate 3. An early access build will be available sometime later in 2020.